You are here: Home / Articles And Reports / Turkmenistan celebrates 30th anniversary of Independence

The back to back ceremonies marking the 30th anniversary of the independence of Turkmenistan reached their peak on 27 September 2021 with the civil and military parade held at the newly commissioned parade ground and tribune at the outskirts of Ashgabat.

The parade was preceded by the laying of flowers at the Independence Monument.

The parade this year two new features that distinguish it from the annual parades of the past: 1. President Berdimuhamedov inspected the parade in an open jeep moving across the parade ground instead of taking the salute from the viewing chamber; and 2. The president personally appeared in the ground again for some equestrian maneuvers.

A number of prominent guests arrived for sharing the happy occasion with Turkmenistan including the president of the Tatarstan republic of Russia, Rustam Minnikhanov, the governor of St. Petersburg region of Russia, Alexander Beglov, the head of the French construction company Bouygues, Martin Bouygues, and the head of the Turkish Chalyk Holding, Ahmet Chalyk.

On 26 September 2021, President Berdimuhamedov led the opening ceremony of the shopping, entertainment, and business centre ‘Ashgabat.’

It is the largest such complex in Turkmenistan.

Located on the Tehran Street and built by the private company Beyik Bina, the construction of the complex started in 20218.

Covering an area of 8 hectares, it has a four storey shopping and entertainment centre, a six storey business and residential complex, a double storey hall with capacity for 800, parking lot for 700 vehicles, and a number of related facilities.

The entire complex and the adjacent structures are designed to withstand the seismic vibrations on a Richter scale of 9.5.

There is a 1.3 km long bridge to ease the flow of traffic in the vicinity.

Through the video link the Council of Shopping Centers German Council of Germany announced that the new shopping and entertainment center is being awarded a certificate “For construction based on high technologies.”

The Docklands Academy of London awarded the Certificate of Excellence 2021 to the complex.

The Institute of Architecture “Vorarlberger” Austria awarded the Shopping and entertainment center with the certificate “Peculiar Design” as well as the acceptance of the Center as a member of the International Council of Shopping Centers (ICSC).

In a meeting held on 26 September 2021, between Deputy Prime Minister Serdar Berdimuhamedov and Deputy Chairman of the Cabinet of Ministers, Foreign Minister of Turkmenistan Rashid Meredov and the  Governor Alexander Beglov, it was decided that Turkmenistan and St. Petersburg will mutually host the Trading House of each other in their territories.

The president signed a resolution on 26 September 2021 for award of contract to the Turkish company Gap Inşaat, a subsidiary of Chalyk Holding, for the construction of two medical establishments in Ashgabat: 1. International Treatment and Rehabilitation Center with capacity for 400 inpatients; and 2. International Scientific and Clinical Center for Physiology with capacity for 250 beds.

A new book written by President Berdimuhamedov was unveiled on 25 September 2021. It is titled ‘Independence is our happiness.’

It has been published in three languages ​​- Turkmen, English and Russian.

The announcement was made by the president on 25 September 2021 during the session of Khalk Maslahaty.

This is the second book written by the President of Turkmenistan in 2021. In May of this year, on the occasion of the 140th anniversary of the capital, Berdimuhamedov’s book ‘The White City of Ashgabat’ was published.

Turkmenistan has issued gold and silver coins on the 30th anniversary of independence. Minted by Eng Leong Medallis Industries Pte Ltd (Republic of Singapore), both the coins have the face value of 100 Manats.

Here are some pictures from the Parade: 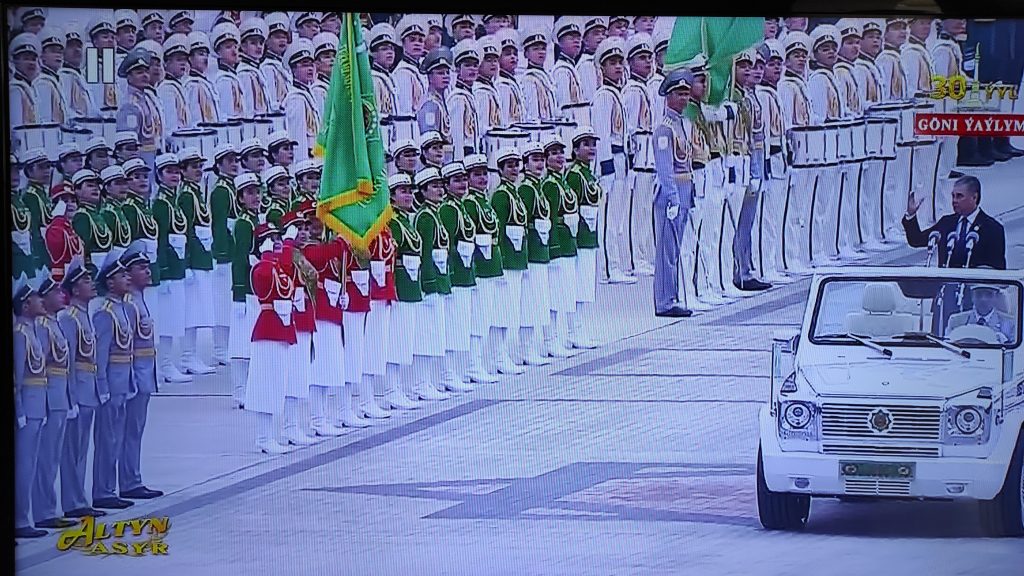 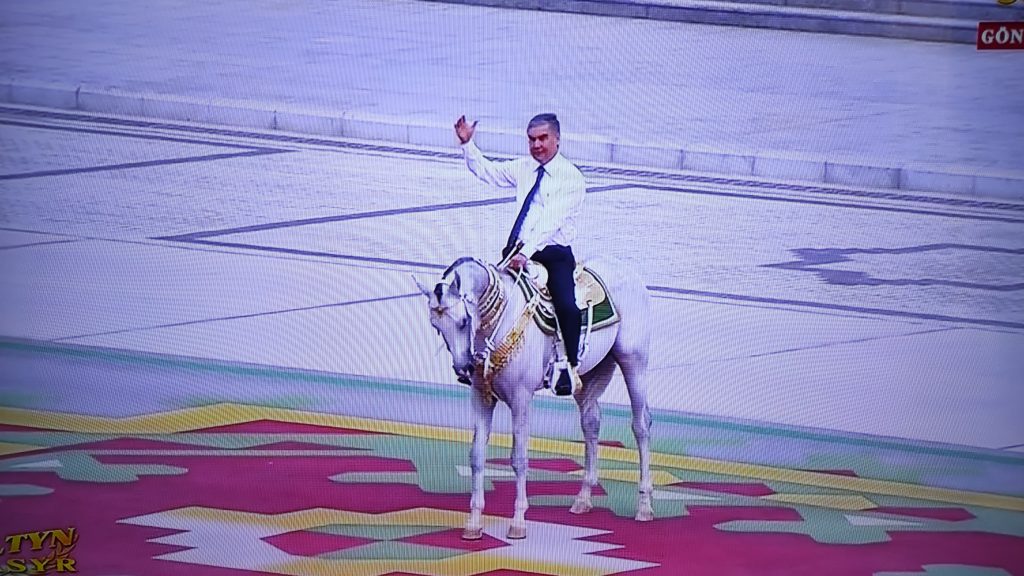 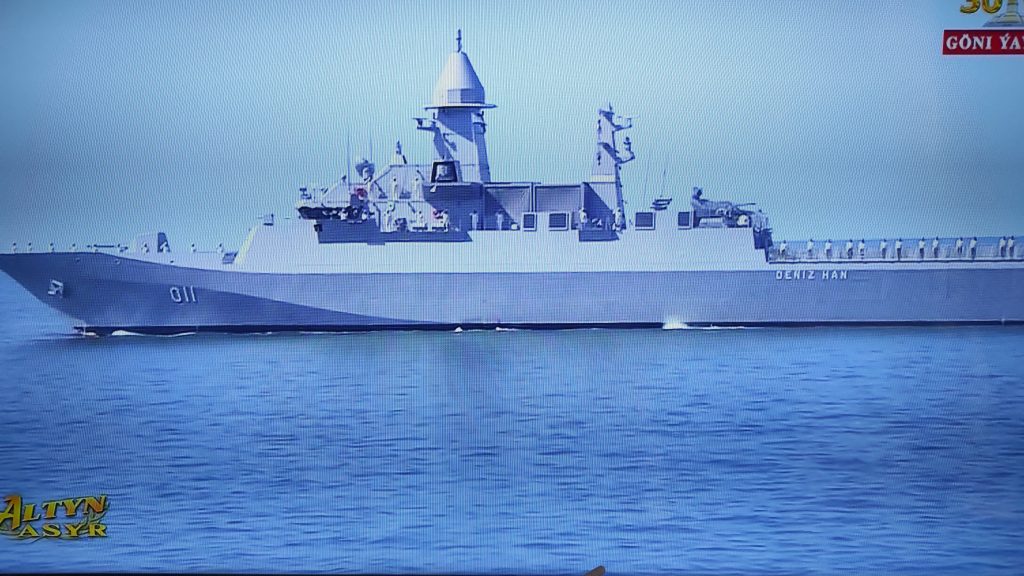 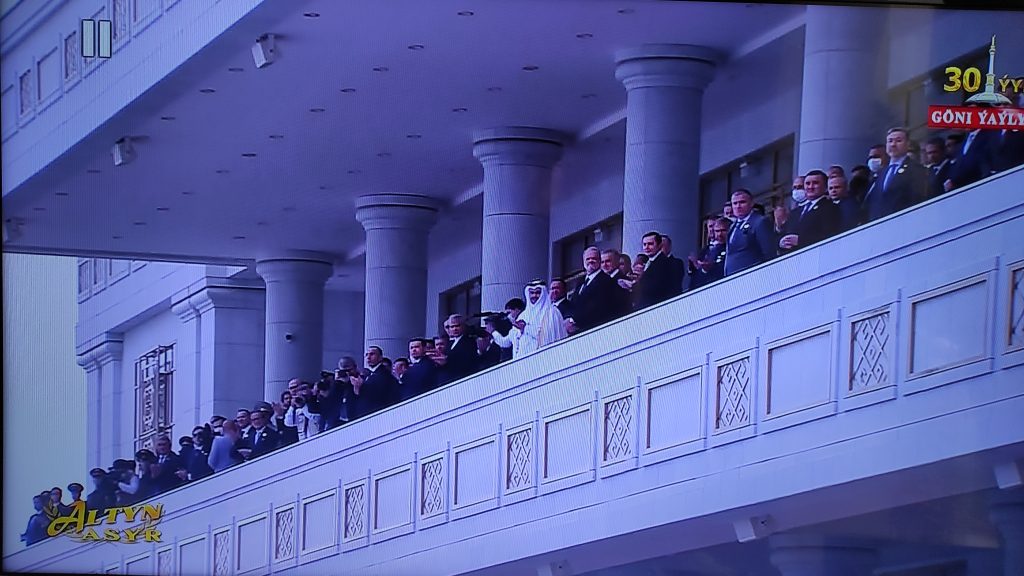 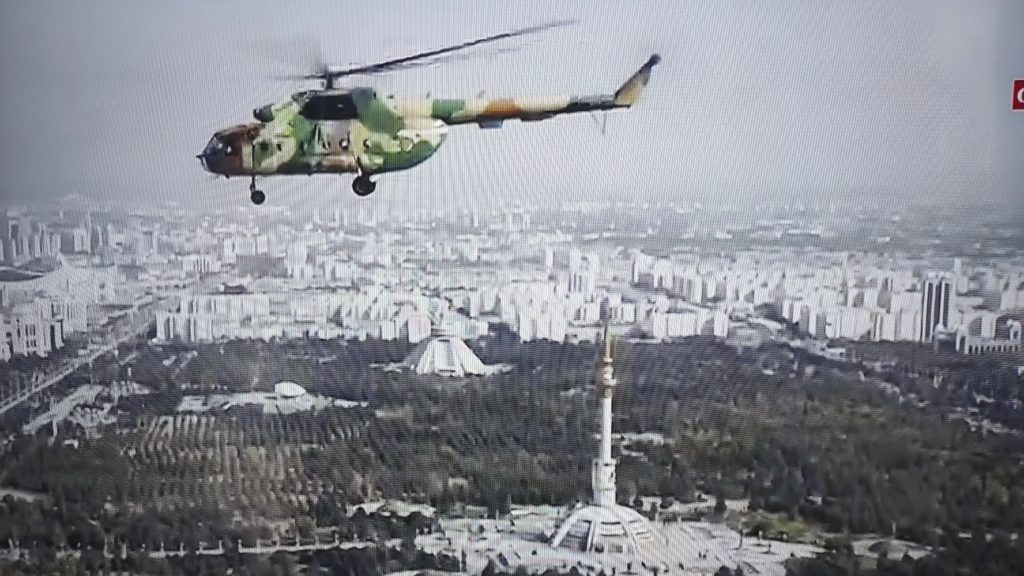 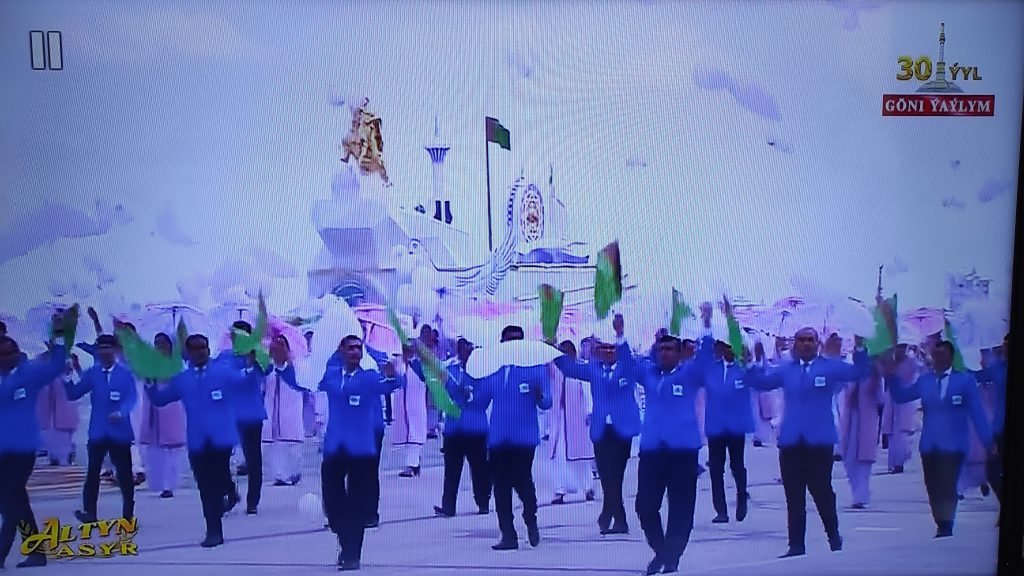