You are here: Home / Articles And Reports / …of Airplanes, Terrorists and Trade Deals

As the analysts begin to consider the attacks on Paris this weekend, many questions are being raised. Among them, what exactly did Daesh have to gain. The terrorist group is renowned for its surgical strikes in which it gains something big and to everyone’s great surprise. Revenge is emotional, not strategic and they didn’t gain anything by these attacks. In fact, they have caused little real damage but achieved a maximum level of fear in many countries who will now try to hit them back even harder. They raise the probability of greater American involvement in Syria and they are a complete public relations disaster, something Daesh is not known for.

This morning it is being reported (by unnamed sources in the USA) that further attacks on the US, Iran and others will happen in the next few days. Daesh doesn’t talk about such things, they simply act. They like big splashy fiascos. They don’t step outside their comfort zone in the Middle East. Inviting attacks against themselves by a broad and infuriated coalition at a time when they are suffering major losses at the hands of Russia just doesn’t make any sense. Daesh has shown itself to be more clever than this

In the hours following the downing of the Russian passenger aircraft over the Sinai peninsula, an obscure group who claimed to be connected to Daesh, took responsibility for downing it. They provided a video of it just before it crashed, however, they were poorly funded and equipped with only shoulder mounted weapons incapable of hitting something at 30,000 feet. Analysts concluded that they probably shot at it as it approached the ground and that something else had caused it to fall from the sky. The Egyptian army killed all of them within a couple of days. The video is mysteriously gone from the internet. Again, Daesh had nothing to gain except further attacks on their infrastructure by Russia, who certainly wasn’t going to be scared off by the loss of a single aircraft.

A day after the plane crash, America and England floated the theory of a bomb, (according to unnamed sources in London). This theory holds that it was smuggled into the planes luggage compartment and that it used a barometric detonator that automatically triggers at a certain altitude. While Daesh would be shooting itself in the foot by carrying out such an attack, America has a long standing reputation for lashing out at those who don’t do what it wants and using false flag, black-ops to do so. The Americans are angry at Egypt, which has now seen its multi-billion dollar tourist industry virtually collapse overnight. They are embarrassed by and furious with Russia for stealing their thunder in Syria and for actually getting the job done.

The West’s narrative is that a bomb brought down the plane, and that this is retribution by Daesh for Russia’s involvement in the war. It is difficult to imagine how they knew exactly how the attack was carried out before the black boxes or the aircraft are even looked at. Their great information vacuum cleaner hasn’t warned them of a single attack anywhere else so far. Oh ya, I forgot, unnamed sources. American media is saying that the Paris attacks and the downed jet liner show what happens if America isn’t allowed to lead the wars around the world. Daesh, if in fact they are the culprits, has gained nothing.

These are both surgical strikes that, as far as we know, Daesh doesn’t have the assets, the resources, the infrastructure or the interest in carrying out across the globe. Please excuse me for being blunt, Russia and France, I mean no disrespect, but relatively speaking, even the great number who have died in each of these events sounds more like a bad Friday afternoon in Kabul, Karachi or Baghdad.

It also results in the world being more determined than ever to wipe out Daesh This can only benefit the American Military Industrial Complex… no one else since Russia is already engaged. Paris is currently considering asking NATO to help them to retaliate. What a surprise, but there is another agenda in play at this same time which benefits from these two attacks and the months of speculation that they will bring in the mass-media. With the release of the TPP document, all 6000 pages of it, the governments who say that they are ready to sign, are all suffering a severe backlash from their electorates. The people have been skeptical about this legislation because of its lack of transparency from the beginning.

The Americans tried to pass these same laws about 10 years ago through open negotiations and everybody in Europe rejected them. They would have ruined European economies, environmental protections, privacy laws, and weakened their governments’ independence to enact laws in the public interest. They would have allowed American corporations to extend patent controls and to sue governments directly for legislation that negatively impacts their bottom line.

For years now, the tobacco companies have been suing countries all over the world for attempting to reduce smoking without much success. The TPP would let them win and claim billions of dollars in damages to their reputations, trademarks and of course their bottom line. Coke, Exxon, Monsanto and BP are in exactly the same situation. They each have much blood on their hands and lawsuits against them by many foreign countries as well as the International Trade Commission. They have left a path of environmental devastation and political upheaval in their wake. The TPP would solve all of this and they would be compensated for their losses by the very governments that are currently trying to stand up for their own national interests.

As the American analysts begin to tackle this brick of legislation, there is the consensus that any jobs remaining in the US, besides Walmart and McDonald’s, are history. They will be moved out of the country in a heartbeat. The real economy in the US will be devastated, the stock market will soar and the 1% would be in the best position globally that they have ever been. Every piece of legislation that the American public has objected to, which reduces their rights or that contravenes the constitution in the last 20 years, has passed quietly through congress during a week when yet another mass shooting has occurred. If not, they are passed the night before congress leaves for one of its infamous 3 month vacations. Christmas is coming and so is the TPP. With nice juicy wars and terrorists to talk about, global media has stopped talking about the TPP now, paving the way for a quiet signing ceremony whilst no one is watching.

The downing of the Russian flight didn’t do any damage to Russia’s standing on the Syrian issue, in fact it garnered them the support of Europe, most notably Germany. The attacks on Paris will have exactly the opposite effect; particularly should the Elysée choose NATO as its partner. Russia would be the most obvious strategic choice but choosing NATO would bolster America’s perceived authority to take over again in the Middle East. America would claim that the downing of the plane represents Russia’s short sightedness and that the attacks on Europe are payback for Russia’s folly. Moscow becomes the bad guy and Washington the saviour. The world press would cover the war to the exclusion of all else while the TPP quietly becomes the next big, red-white & blue missile aimed straight up your ***. 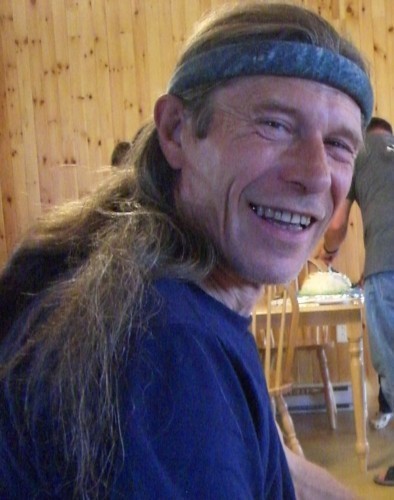 Gord Cowie, The Recalcitrant Hippy can be reached at quararante_gnosis@zoho.com