Home » Paris Carnage: It is closer to Central Asia than geography suggests 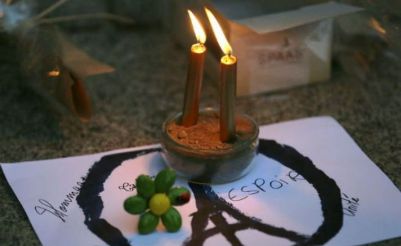 Let’s look at some of the facts that have been found so far by the investigators:

So, these are the basic ingredients that, when combined, shook the whole world: A small group of plotters who could hide in a disenfranchised ghetto, a smaller group that was ready to die for a cause, the arms and ammunitions that were either smuggled or stolen, possibly a mix of both, a network of sympathizers, the ability to spot the loopholes in the system and exploit them, and the negligence of the authorities to connect the developments in a timely manner.

ISIS or no ISIS, this can easily be replicated in Central Asia. Every government in Central Asia must take measures according to its circumstances to prevent this from happening.