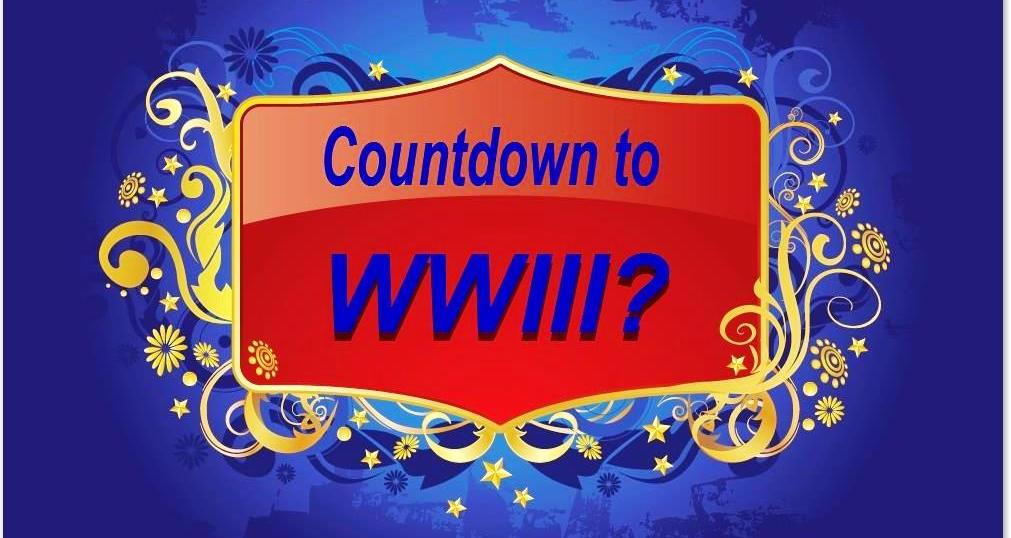 Ashgabat, 12 October 2015 (nCa) — Syria, in the centre of the brutal geopolitical jostling, could be the trigger point for WWII.

With each passing day, new elements are adding to uncertainty, which may ultimately push everyone to the point of no return.

Anton Chekhov, the celebrated Russian playwright and author: “If you say in the first chapter that there is a rifle hanging on the wall, in the second or third chapter it absolutely must go off.”

The immediate urge of every analyst is to compare the situation in Syria today with that of Europe in 1914 to proclaim that WWIII is just an accident away.

They are drawing nearly the right conclusion but the process to reach that conclusion is rather flawed:

The real problem is that many of the powerful countries of the world today are run by the pygmies. This would have been funny had it not been so dangerous. There is a reasonable chance that the next two presidents of the United States could be Donald Trump and Kayne West.

The lack of foresight leads to wrong decisions and erroneous choices. This is the case in Syria:

And, finally Putin made his appearance. Compared to everyone else in Syria fray, Putin has come out as a true statesman. And we shall come to that a bit later.

The most painful aspect here is that no one loves the Syrian people. Assad, Saudi Arabia, Iran, Turkey, Russia and all the other players are there for their own reasons and the love for the Syrian people is not among the reasons for this bloodshed. You don’t slaughter people because of love. You don’t kill them to improve their situation.

Categorizing the rebels in Syria to justify financial and material aid to some of them is a fig leaf that is embarrassingly too small. Al Nusra Front, Islamic Front, Southern Front, ISIS and all the others are cut from the same cloth. There are more than 1000 groups out there and all of them are an unpleasant lot. The ideological roots of most of them are in a certain school of thought.

Starting a world war is easy. Sometimes all you have to do is assassinate an obscure Archduke.

Statesmanship comes into play when you have all the possible scenarios in mind and get ready for all of them before firing the first shot. Before getting into a war, you need to think how you would get out of it, both as a victor and as a loser.

Nevertheless, before the Americans made their reluctant appearance, Syria was being inundated with weapons and money by Saudi Arabia and its allies. It is difficult to guess as to what timeframe they had in mind for the conclusion of this enterprise, but certainly they did not expect it to drag on for this long.

Moreover, a war fought with weapons made by someone else is not a war; it is just senseless carnage to make that someone else rich.

And, was there any solid plan to prosecute this war step by step?

There was the vague desire to topple Assad and that was probably considered enough. Here, take the weapons and money and remove Assad.

Even though it is impossible to decode the thought process that led to such a massive folly, one is inclined to think that the outcome of Afghan jihad was in mind. No one paused to consider that the Afghans were fighting to expel the occupying forces i.e. Soviet Union, but rebels in Syria were up against a sitting government, a fully entrenched government, their own government. Afghan jihad lessons were simply not applicable to Syria.

While the Syrian soil was absorbing blood and spewing refugees, Putin was doing his homework. With his vast experience both as strategist and field commander, Putin has come up with a careful mix of aerial pummeling and boots on the ground. He has so far achieved maximum impact with minimum involvement.

Even though he may have some notion of his invincibility and superiority, Putin is acting as a real pragmatist. He is keeping all options on the table and his clear desire is to create the conditions for a negotiated settlement, albeit a settlement where Assad would be on the negotiation table. He is using his muscle to prevent the spread of this war to other countries and regions. This is statesmanship.

The next few weeks will be important and much will depend on whether the hawks in Washington allow Obama to use his wisdom. It will also depend on how the media plays its role, which has been deplorable so far.

Meanwhile, there are three alarming developments that may lead to escalation beyond control.

A senior Iranian general has died in Syria and that increases Iranian investment in this conflict. Looking at the Iranian tenacity and sense of obligation to the martyrs, this could result in more Iranian involvement in the clash which would surely suck in more of those forces who are opposed to Iran.

Saudi Arabia has reportedly provided 500 TOW missiles to Syrian rebels. These missiles can pierce tanks and armoured vehicles. This may force Russia to supply Grach, the visual optical jammer station to Assad forces. Grach throws a powerful beam of infrared and ultra violet rays that cause temporary blindness and may jam certain equipment. This would temporarily disable the rebels carrying TOW missiles and enable the Assad tanks and APCs to advance through enemy ranks.

If TOW missiles fail to turn the tide, the next temptation for the Saudi Arabia and its allies could be to provide surface to air missiles to the rebels. This would be just one step short of starting the WWIII.

The third alarming development is that Iraq has requested Russia to bomb ISIS targets in its territory because the ISIS forces straddle both Iraq and Syria. This can pinch some painful nerves in Turkey.

In order to prevent the outbreak of WWIII, two processes must take place urgently and simultaneously: