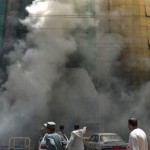 General Mirza Aslam Beg, Former Chief of Army Staff, Pakistan Kunduz is a turning point of the conflict between the two opposing forces – the Americans and the Taliban. The Americans having failed to achieve the objectives of war, have retreated, leaving behind a residual force of about 12000, operating from five air bases in […] 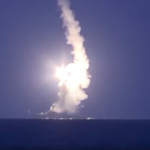 nCa Report Ashgabat, 8 October 2015 (nCa) — On 10 September 2014, while chairing a meeting of the Military-Industrial Commission, President Putin of Russia hinted at “unpleasant surprises for our Western partners.” He added that “the main thing is to avoid hysterics afterwards.” The milieu of these remarks was rather broad. — President Obama said […]