You are here: Home / Articles And Reports / CIS foreign ministers meet in Ashgabat

On 10 October 2019 the Council of ministers of foreign affairs of the Commonwealth met in Ashgabat. The gathering was attended by the foreign ministers of Azerbaijan, Belarus, Kazakhstan, Kyrgyzstan, Russia, Tajikistan, Uzbekistan, Turkmenistan, Armenia, the Secretary of state of the ministry of foreign affairs and European integration of Moldova and Chairman of the Executive Committee – CIS Executive Secretary Sergei Lebedev. 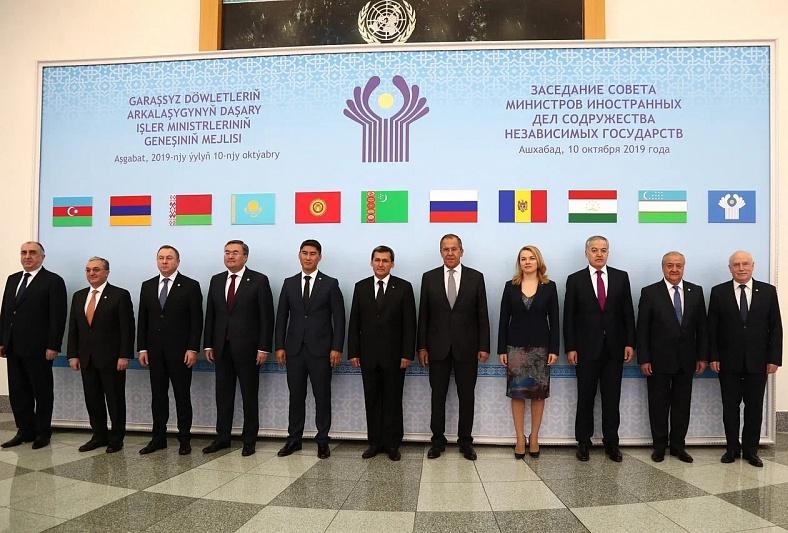 The session was held in narrow and expanded formats. Then, foreign minister of Turkmenistan Meredov and Lebedev briefed on the outcome of the meeting at the press conference.

The participants of the Council of the foreign minister of CIS exchanged views on topical issues of the international agenda and cooperation.

Action Programme was adopted to intensify the partnership between the foreign ministries of the CIS member states. The document provides for specific actions to develop and strengthen the foreign policy cooperation within the CIS and in international organizations, defines mechanisms and areas of interaction on key global and regional issues.

The foreign ministers adopted a joint statement on support for practical steps to prevent an arms race in outer space. 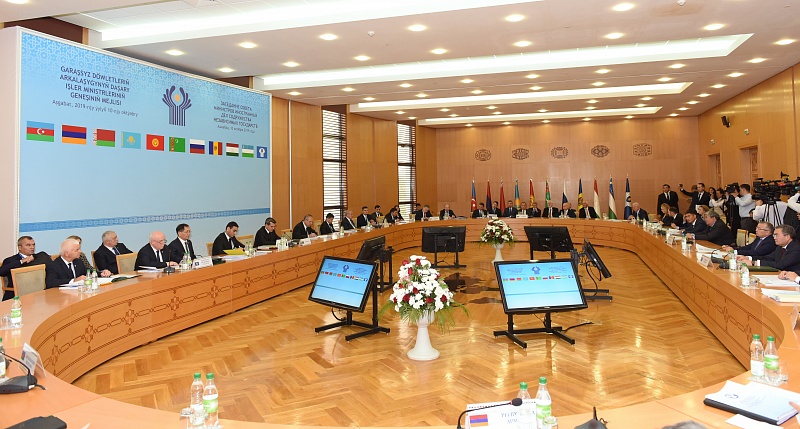 The ministers also agreed on and submitted a number of documents to the Council of CIS heads of state, to be held in Ashgabat on 11 October 2019 (today). They included:

In addition, the Council considered and approved a number of draft documents that will be submitted to the Council of heads of government of the CIS. Among them:

The foreign ministers of the CIS countries were invited to participate in the events dedicated to the 25th anniversary of Turkmenistan’s neutrality, which will be held in December 2020 in Ashgabat.

The next meeting of the CIS Council of foreign ministers will be held on 3 April 2020 in Kazakhstan. Uzbekistan will assume the chairmanship for 2020, while Turkmenistan and Belarus will co-chair.

Russian foreign minister met with his counterparts from Central Asia

The sides discussed issues of cooperation in the areas of regional stability and security, economic cooperation, interaction in the international arena, as well as in the cultural and humanitarian fields.

Sergey Lavrov told his colleagues about technological and investment opportunities, citing examples of numerous projects, realized in Central Asia with the participation of Russian companies. He also voiced some proposals for economic activities within the framework of the SCO-Afghanistan Contact group, which have the potential of regional significance.

The projects of Russian researchers in the field of water economy taking into account climatic and hydrological features of the Central Asian region were also presented.

The sides showed interest in continuing the dialogue in the six-party format on a regular basis. 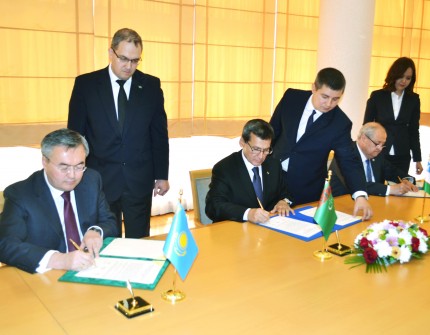 It should be noted that the heads of the foreign affairs agencies of the Republic of Kazakhstan and the Republic of Uzbekistan arrived in Ashgabat the day before to attend a meeting of the Council of Foreign Ministers of the CIS countries, which will be held today in the building of the Ministry of Foreign Affairs of Turkmenistan. /// nCa / MFA Turkmenistan, 10 October 2019