You are here: Home / Articles And Reports / NGOs as tool of foreign intervention 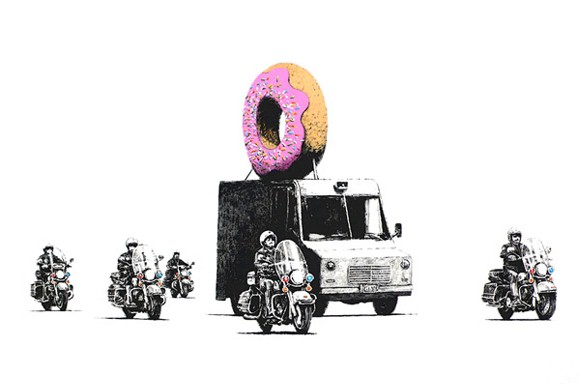 The favorite brainchild of political strategists of Western countries for expanding their influence on the internal political situation in the countries of the “third world” are various NGOs (non-governmental organizations).

Numerous NGOs outwardly have quite a good goal – to help developing countries achieve all the benefits of democracy. Helpful tips and money “for projects.” But these projects do not meet the interests of the recipient states at all, including the countries of Central Asia

Recently, numerous American and European NGOs have become active in the states of the region. Their priority is the training of local public figures to “understand the work” correctly and to handle democratic values.

American international organizations, including the most popular on the market such as the ‘Rise’ Human Rights Campaign and the Clinton Foundation, recommend that public figures and NGOs from the Central Asian countries limit contacts with the state and “refuse state orders.” — The underlying nuance: the state money [of your own country] distorts adequacy of perception of a reality in the countries but the volunteers and attracted money from American funds allow you to see everything correctly.

Of course, it is impossible to deny the positive role of numerous international organizations and funds: they help to raise the level of education and health. But here’s the brightest example, as for the benefit of personal interests.

Vatican Center for Catholicism actively helps to fight poverty in countries of Africa and Asia, establishes mobile schools and creates polyclinics. But in return it leads agitation in the ‘ranks of the flock.’

In Central Asia, too, there is a similar example – a public organization from the United States, “Revival Sport Inc.” – it provides financial assistance to Protestant communities in the countries of the region and implements the project “Church Sports Service”. It organizes sports events for children and adolescents, where very skillfully, it involves young athletes in the church ranks.

In fact, all international organizations that promote good goals are always focused on the implementation of not only the declared intentions, but also their own, often not explicitly expressed plans.

Freedom House recently launched a project in Kazakhstan and Kyrgyzstan to monitor the situation in the field of human rights protection. One of the key areas is the training of young human rights defenders.

In general, it must be said that the training of young people is the “hobby” of almost all foreign NGOs working in the countries of the post-Soviet space.

On the initiative of the Soros Foundation, the “Zhas Camp” forum is held every year, where young people from Kazakhstan and Kyrgyzstan gather. At seminars, lectures and forums, young people are taught to “not give up” and “change position”. In general, they propagandize to see the world “not on the local” and form a skeptical attitude to official information, and also generate the desire in the young people to carry out ‘reforms.’

At the same time, international NGOs, for any reformist initiatives, are pleased to issue numerous grants, and in fact use the financial instrument as a kind of donor fueling all kinds of ‘protest moods.’

For example, “USAID” actively finances youth organizations, through which it promotes the idea of ​​amending the law of Kazakhstan “On Youth Policy” and other similar laws in other countries of Central Asia. Sponsored requirements are to provide youth NGOs with “freedom of speech and deeds in political matters”. In some countries, the emphasis is on “leadership for the future”

Foreign experts teach active young people to “get a crowd” and lead it in the ‘right direction.’ At the same time, the same USAID calls on NGOs working on youth policy issues to more actively exploit the capabilities of social networks for agitating supporters, for example, Twitter.

Simultaneously, it is specially stipulated that the leaders of NGO members must necessarily become subscribers of Twitter and other social media accounts, which publish information on the possibilities for financing projects and advice on communicating with donors.

Such close attention of international non-governmental organizations and foundations to youth is explained quite simply – this is the most mobile part of the population. And at the same time, practically in all CIS countries there is a post-crisis trend of lingering unemployment among young people. This means that this category of citizens is one of the most vulnerable to this kind of propaganda.

If we look at the events of recent years in some countries in the region, when there were clashes between the population and the police, the main participants in the protests were young people.

At the same time, international NGOs and foundations are against monitoring by the state of the activities of foreign non-governmental organizations.

Everyone still remembers the most recent example of the “training” of NGOs in Ukraine by the West, where the active work of young leaders, trained by such NGOs and foundations, brought thousands of citizens to the Maidan. The end is well known.

By the way, Washington has already reported that for the development of “civil society in Ukraine” for 25 years, it spent more than 15 billion US dollars.

Not for nothing, many years ago, Zbigniew Brzezinski called Central Asia “an arc of instability,” assuming that it will always be a place of conflict of interests of major powers. Now, de jure, showing friendly relations with the countries of Central Asia, the Western countries are trying to interfere in the political processes within the region – First of all, using monetary incentives to support opposition leaders under the guise of “democracy” grants.

Central Asia, of course, respects the desire of the West to quickly introduce the democratic ideals in the region. However, the use of tools to manipulate the minds of young people to confront it with official power can hardly be called democracy. Rather, it is preparing the army for use in its own interests. Central Asia should not allow such interference in its internal affairs. /// nCa