You are here: Home / Articles And Reports / Putin’s Surprise – Caspian to Syria

Ashgabat, 8 October 2015 (nCa) — On 10 September 2014, while chairing a meeting of the Military-Industrial Commission, President Putin of Russia hinted at “unpleasant surprises for our Western partners.” He added that “the main thing is to avoid hysterics afterwards.”

The milieu of these remarks was rather broad. — President Obama said during the 69th session of the UN General Assembly last year that Russia’s actions posed the largest threat to the world. He said that Russia is more dangerous to the world than the international terrorism and Islamic fundamentalism. — Every American official has been adding to this rhetoric, going to the extent to declare Russia an ‘existential threat.’

With or without Obama declaring Russia as threat No. 1 to the ‘world,’ the things were going in a predictable direction anyway. The reprehensible ouster of the elected Ukrainian president with active participation of the American politicians such as McCain, the relentless encirclement of Russia by means mostly unfair, the clumsy but persistent attempts to trigger internal unrest in Russia, the digging of disruptive tunnels into the Russian system through the so-called NGOs, and the inexorable attacks on the Russian economy were all bound to make Putin turn and answer back, in a manner that will leave no ambiguity about either the ability or the willingness of Russia to stand up to the bullying.

Surprise from the launch barrel

Sergei Shoigu, the Russian defence minister, reported to Putin on Wednesday that ISIS and other terrorist targets were hit by attacks coordinated between Russia and Syria. He told the president that in addition to ongoing airstrikes, four ships from the Caspian flotilla launched 26 sea-based cruise missiles on 11 objects. He mentioned that impartial monitoring suggests that all the targets were hit and there were no civilian casualties. — The reports from the western sources confirm this.

Shoigu explained that the targets hit by the missiles included ammunition dumps, military hardware and training camps of terrorists. This is fully in line with what is being reported by the western media.

From the point of launch to the intended targets, there was the distance of about 1500 km. The route maps provided by some Russian media suggest that the ships sailed to some point near Turkmenistan/Azerbaijan for the launch.

At the Caspian summit on 29 September 2014, less than three weeks after the promise of ‘surprise,’ Putin said at the Caspian summit: “The main thing is that we have agreed upon the political statement, which, for the first time, established basic principles of the five-sided cooperation in the Caspian Sea. The agreements reached meet long-term interests of all parties.” He also said that the interaction of the five Caspian states would strengthen security in the region, for the five countries agreed that the presence of foreign armed forces in the region would be excluded.

The Montreux Convention of 1936 makes Black Sea off-limits for USA. It means that neither the Caspian nor the Black Sea would be available to Uncle Sam for direct, confrontational posturing.

Some people are hinting that Russia has violated the INF Treaty signed between Washington and Kremlin in 1987. They say that the launch of missiles capable of more than 500-km range amounts to violations of the treaty.

However, the fact is that the 500-km range limit applies to land-based missiles only. It does not prohibit Russia from using sea based platforms for long range missiles. This loophole was introduced by the USA and NATO when negotiating the treaty. The United States insisted during the START I talks that long-range nuclear SLCMs should be subject only to rudimentary unverifiable confidence building measures and that conventional long-range SLCMs should be completely exempt from it. Back then, the USA and NATO considered it a clever idea because they had such assets and the Soviet Union did not.

A new model is created

The joining of Russia and Iran in the Syria conflict has created a new model and a new set of players: Russia is providing air power while Iran has sent some 6000 ‘trainers and advisers’ to add to the Assad strength on the ground.

The final phase for the preparation of this joint enterprise started in July this year when Major General Qassem Soleimani, the commander of the Quds Force, the elite extra-territorial special forces arm of Iran’s Revolutionary Guards, who reports directly to Iran’s Supreme Leader, Ayatollah Ali Khamenei, visited Moscow.

Things take place in the open; that is the nature of things today. The element of surprise lies in the ability of the players to prevent others from connecting the dots meaningfully. This is rather easy when the other side is looking at things from the thick and distorting lens of its own perceptions.

This model i.e. Russia-Iran partnership, is more than likely to come into play for shaping the outcome of the Afghanistan situation.

There is rising noise that Russia is hitting ‘moderate rebels’ more than ISIS. The loudest in this group is the self-same USA that enjoys endless lecturing to South Asia: Don’t differentiate between good terrorists and bad terrorists; they are all terrorists. Do more. Go for all terrorists.

Why the anger now if Russia actually practices what USA preaches?

Just because the Liwa Suqour al-Jabal fighters were trained by the CIA and are being armed and funded by the USA and its regional allies, mostly notably the Saudi Arabia, doesn’t make them boy-scouts. They are terrorists, just like ISIS.

The Russian cruise missiles hit the targets in Raqqa and Aleppo provinces in the north and Idlib province in the northwest, dealing blows indiscriminately to the ISIS and other terrorist locations.

Russia has a moral edge here over the USA and its allies.

Is creation of more refugees an intended by-product?

Questions are being raised whether the heavy influx of Syrian refugees into Europe is an element of the Russian strategy.

There are no verifiable facts for or against this argument.

However, purely strategically, the flow of refugees to Europe benefits Russia in two crucial ways: 1. It provides a kind of counter-weight against the damages to the Russian economy under western sanctions; and 2. It creates painful moral dilemma for Europe from which there is no easy and honourable escape.

On one hand, it is there for all to see that Russia and Iran, two powerful countries around the Caspian rim, can partner for deadly projects and on the other hand the western partners of Azerbaijan, Turkmenistan and Kazakhstan will pressure them to increase the strength of their navies.

Increasing the naval strength is not realistic. It will just be a waste of precious foreign exchange and a sad temptation for sad adventures.

We shall return to this theme within the next few days.

The launch of Kalibr will certainly trigger the arms race in the Middle East. The weapons manufacturers will make sure that it does happen.

The missile launch took place with prior permission of Iran and Iraq, the territories through which the missiles passed before hitting targets in Syrian. Assuming that Caspian remains legally navigable for war ships of Russia, the missile route provides a contiguous territory from Russia to Syria. The arms manufacturing countries, especially the Americans, will use this incident and this combination of partnership to frighten the wealthy Middle Eastern clients into buying more hardware.

However, the size of stockpiles is hardly ever the sole criterion in determining the outcome of a conflict. It just encourages the conflict without taking it to the desired end. There has to be a matching determination to put the boots on the ground.

A conflict can be used as an advertising campaign, sort of billboard. The accuracy and reliability of Kalibr missiles is there for all to see and one can expect some buyers appearing in Moscow in the near future.

This incident will also ring alarm bells in a radius of 1500 km from the middle of Caspian. This pretty much covers all of Middle East. Theoretically, it is possible to hit targets in Yemen with this version of Kalibr.

Another outcome is that now people are willing to listen to Russia more carefully. There are already suggestions to counter ISIS with a combination of forces from Assad regime and rebel forces. This will possibly include some kind of formula for Assad to remain in power for now and step back at some later date. This is what Russia wanted all along

The Kalibr launch has given de facto verdict that Caspian is a sea, not a lake. We shall return to this in a separate article.

What missile, which ships

The missiles used for the Wednesday attack were a version of Kalibr (Caliabre, Caliber), perhaps 3M10, which can have the maximum range of 2600 km. NATO probably identifies it as SSN-30A. It can carry both conventional and nuclear warheads.

Four ships in the Caspian flotilla of Russia are capable of launching the Kalibr: patrol ship Dagestan, and small missile ships Grad svijazhsk, Uglich and Velikiy Ustyug. Apparently all four of them were used during the launch.

Kalibr can be launched from a container

In addition to conventional platforms such as land based fixed and mobile base, surface ships, submarines and aircraft, the Kalibr (some of its versions) can be launched from an ordinary commercial cargo container.

In this mode, it can be carried by any cargo ship to the desired destination for launch and it can also be carried in a container, driven by a commercial prime mover. This makes not only totally versatile but also endows it with a powerful element of surprise. 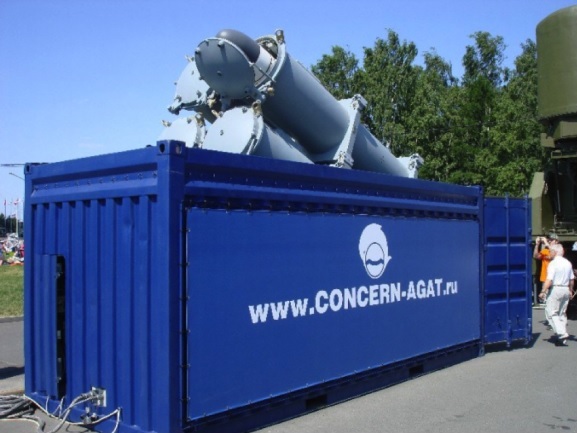