Clinton finally brings the secret military/State Dept. covert operations out into the open (SEE:  Clinton Goes Commando, Sells Diplomats as Shadow Warriors).  This is the logical outcome of a process started long ago, during the Reagan Administration, when Congress put restrictions on the CIA’s shadow wars in Central America.  It was then that this so-called “smart policy” began, thereafter, all of the CIA’s illegal operations were contracted out to private interests.   Hillary’s baby, “the Conflict Bureau,” grew out of Reagan’s NED (National Endowment for Democracy).   The new bureau of State Dept. activism was originally called the “Office of Public Diplomacy,” as first revealed in the Congressional Iran/Contra Hearings.  These hearings uncovered the inner workings of a new State Dept. entity, which was intended to take over many of the CIA’s  operations. 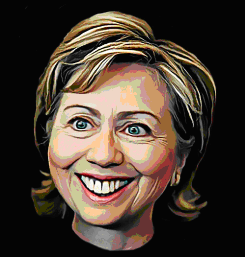 Private corporations and benefactors were solicited to form patriotic partnerships with the military, to be overseen by a hierarchy of diplomats.  These partnerships turned-out to be privately funded criminal enterprises, which were organized to implement Administration policies.  The objective of these enterprises was to destabilize nations by turning the people against their own governments.  This was to be done primarily through diplomatic largess, as opposed to the use of military force.  A veritable river of cash and other economic incentives began to pour into the hands of poor people and local criminal networks.  The people’s loyalty would be bought, as would the criminals’ silence, as well as the local bureaucrat’s complicity.  The louder that those who received their newfound wealth boasted of their good fortune, the more envious the rest of the people would become.  All forces would contribute to the primary mission of destabilization.

Perhaps the most important acquisition that the beneficent diplomats could make would be that of the voices of established local journalists and newsmen, who would be the primary agitators of the class struggle between the haves and the have-nots.  In Muslim countries, the most important acquisition would likely be local religious authorities and devotees, who could be used to further agitate long-simmering local religious squabbles, such as that between Sunni and Shia.

Through the “smart” interplay between the various news-generating sources at their disposal, the aggressive diplomats could actually take over popular dialogues and generate “new news” (propaganda).   By using their local and national players to dominate popular opinion-making, diplomats could successfully replace the ongoing national narratives with new false narratives, which were used to bring the thinking of the people in line with the Administration’s will for them.  The overriding purpose was to generate national revolutions by first creating a false perception of an ongoing revolution within the minds of the people.   The people were made to believe in an inevitable national revolution by hiring locals to stage revolutionary attacks (terrorism) on key targets, at critical junctures in the molding of the national debate.  The contracted newsmen spread the story of the ongoing revolution far and wide, while the newsmen who could not be bought are deceived with selective leaks from anonymous government sources.  The revolutionary (terrorist) acts are timed so as to validate the doctored news reports.

Today the diplomatic meddlers have networks of NGOs (non-governmental organizations) to assist them with the process of spreading the “pork” locally and creating new false narratives which mirror the latest fashionable lies being peddled by Washington’s other sources.  You see the process most completely in the fate suffered by Libya, or Syria, or that visited upon the people of Iraq.  At the end of the “smart” process is nothing but war and local devastation giving the US and NATO military a foot in the door.   For this the national governments are blamed by the manipulated, agitated, radicalized and weaponized masses.

Hillary is extremely proud of her smart operation, her “Silk Road” to hell.