Home » Estimated cost of post-9/11 wars: 225,000 lives, up to $4 trillion
The cost of wars in Afghanistan, Iraq, and Pakistan are estimated at 225,000 lives and up to $4 trillion in U.S. spending, in a new report by scholars with the Eisenhower Research Project at Brown University’s Watson Institute for International Studies. The group’s “Costs of War” project has released new figures for a range of human and economic costs associated with the U.S. military response to the 9/11 attacks.

PROVIDENCE, R.I. [Brown University] — Nearly 10 years after the declaration of the War on Terror, the wars in Afghanistan, Iraq, and Pakistan have killed at least 225,000 people, including men and women in uniform, contractors, and civilians. The wars will cost Americans between $3.2 and $4 trillion, including medical care and disability for current and future war veterans, according to a new report by the Eisenhower Research Project based at Brown University’s Watson Institute for International Studies. If the wars continue, they are on track to require at least another $450 billion in Pentagon spending by 2020. 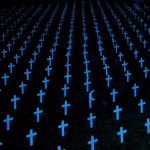 The group’s “Costs of War” project, which involved more than 20 economists, anthropologists, lawyers, humanitarian personnel, and political scientists, provides new estimates of the total war cost as well as other direct and indirect human and economic costs of the U.S. military response to the 9/11 attacks. The project is the first comprehensive analysis of all U.S., coalition, and civilian casualties, including U.S. contractors. It also assesses many of the wars’ hidden costs, such as interest on war-related debt and veterans’ benefits.

Among the group’s main findings:

“This project’s accounting is important because information is vital for the public’s democratic deliberation on questions of foreign policy,” said Lutz. “Knowing the actual costs of war is essential as the public, Congress and the President weigh the drawdown of troops in Afghanistan, and other areas including the deficit, security, public investments, and reconstruction.”

“There are many costs and consequences of war that cannot be quantified, and the consequences of wars don’t end when the fighting stops,” Crawford said. “The Eisenhower study group has made a start at counting and estimating the costs in blood, treasure, and lost opportunities that are both immediately visible and those which are less visible and likely to grow even when the fighting winds down.”

The Eisenhower Research Project is a new, nonpartisan, nonprofit, scholarly initiative that derives its purpose from President Eisenhower’s 1961 farewell address, in which he warned of the “unwarranted influence” of the military-industrial complex and appealed for an “alert and knowledgeable citizenry” as the only force able to balance the often contrasting demands of security and liberty in the democratic state.

The Costs of War has released its findings online, at www.costsofwar.org, to spur public discussion about America at war.

This write up from Brown University press release