The Turkmen delegation met Friday (26 Aug) with the Deputy Chairman of the Government of the Astrakhan region Denis Afanasyev.

The results of the three-day meetings and negotiations were summed up at the meeting.

Afanasyev noted that this joint work is aimed at implementing the agreement between Astrakhan region and Turkmenistan, increasing the mutual trade, cooperation in transport, logistics, shipbuilding and other fields. 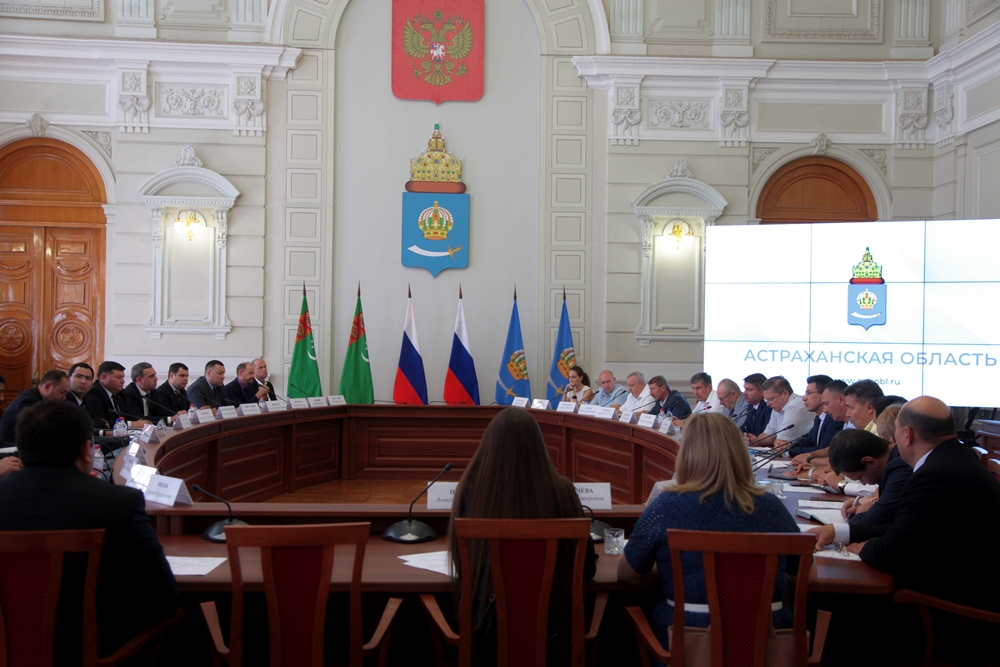 Deputy head of the agency “Turkmen Sea and River Routes” of the Agency for Transport and Communications under the Cabinet of Ministers of Turkmenistan Seyitguly Bayseyidov noted that the Caspian region is currently turning into one of the largest transport and logistics centers in Eurasia.

In this context, the development of cooperation with the Astrakhan region is important for us, it is based on mutual interest and has great potential, he said.

As it is known, the delegation of Turkmenistan visited the Special Economic Zone (SEZ) under construction in the Olya port. The SEZ administration briefed the guests about the procedure for obtaining resident status, benefits and preferences, including for foreign companies operating on its territory. 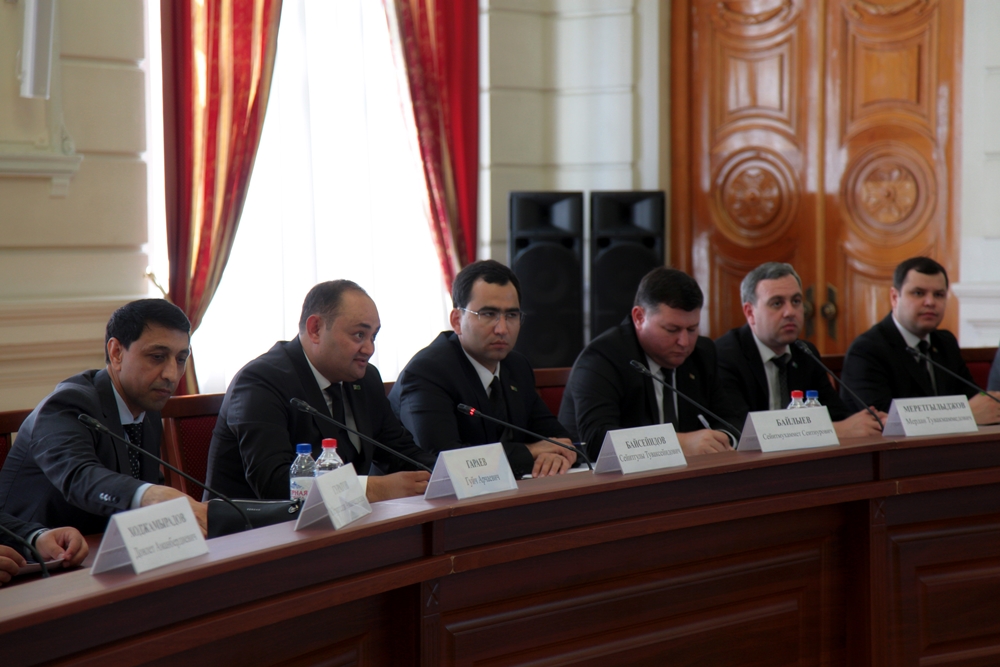 In the port of Olya, the Turkmen delegation got acquainted with the loading capabilities of berths, the nomenclature of cargo, and discussed the prospects for increasing cargo flows. They also inspected the proposed sites for the Turkmen logistics center.

“We have come to a common opinion that in order to resume regular ferry service between the ports of Olya and Turkmenbashi, it is necessary to increase the number of road carriers on both sides”, said Mikhail Kabakov, deputy minister of industry and natural resources of the Astrakhan region.

It is also recommended to bring not only ferries, but also bulk carriers in order to load the sea line, he added.

In addition, Astrakhan is ready to provide consulting assistance and in the training of staff for the transport sector of Turkmenistan on the basis of local universities.

We consider the logistics center as a promising project that will contribute to the formation of additional cargo traffic through the North–South transport corridor, said Seyitguly Bayseyidov.

According to him, the hub can become not only a transshipment base for Turkmen goods, but also a place for the goods production.

The Turkmen delegation also toured the sites of the Lotos shipyard. “We consider cooperation with the Astrakhan region promising in the field of training professional personnel for sea and river transport for our country, professional development of specialists”, said Bayseyidov.

The design Bureau “Fleet-Project” presented the concept of cooperation with the Balkan shipyard. It involves the development of projects of various types of vessels for the needs of the fleet of Turkmenistan.

At the end of the meeting, members of the delegation of Turkmenistan and heads of ministries, departments and enterprises of the Astrakhan region agreed to stay in touch in order to realize the agreements reached.

Meeting at the ministry of external relations of the Astrakhan region

Prospects for the development of mutual trade related to the opening of the logistics center of Turkmenistan in the Astrakhan region were discussed. 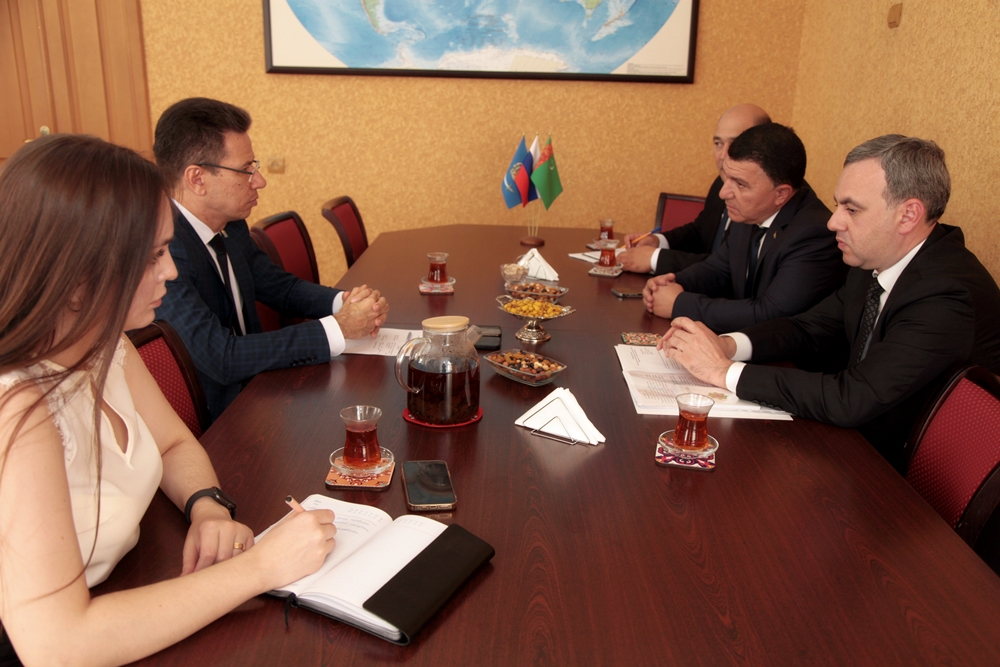 In turn, Astrakhan business has a demand for Turkmen textiles, cotton fiber, polypropylene and other goods.

In this regard, the issue of creating a logistics center of Turkmenistan in the Astrakhan region is becoming particularly relevant today, underlined Golovkov.

Merdan Annagulyev and Begendik Artykov shared their impressions of visiting the new special economic zone near the port of Olya.

The parties also discussed other issues related to the development of trade and foreign economic relations between the Astrakhan region and Turkmenistan. ///nCa, 28 August 2022