“It is a great honor for me if my small contribution at the head of the Russian mission to the UN played a role in the adoption of a special decision of the General Assembly, which recognizes and supports the permanent neutrality of Turkmenistan. It’s nice. The most important thing is that this document has played a positive role. Unlike some other states that declare various concepts in the international arena, Turkmenistan is consistently committed to the policy of neutrality. This is deeply respected,” Lavrov stressed. 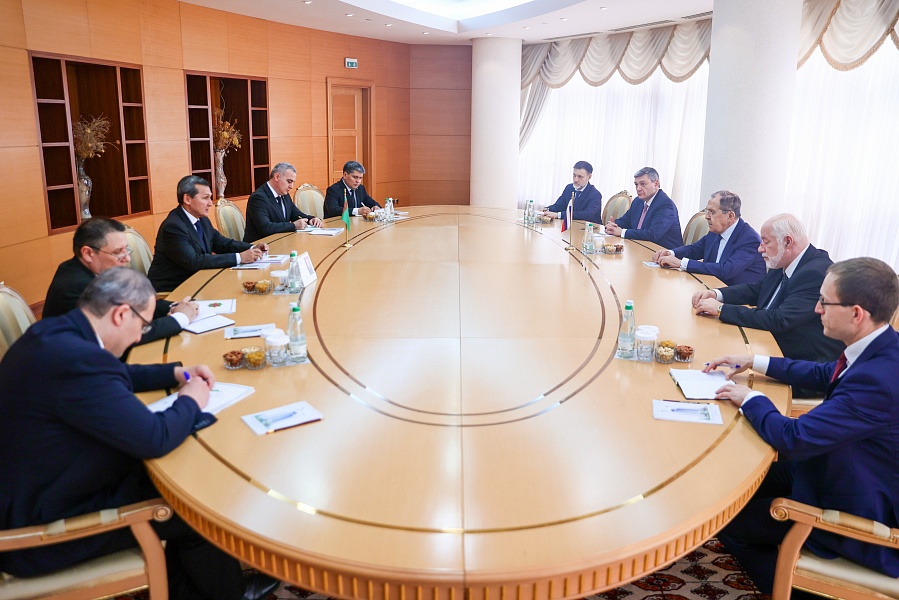 The chief Russian diplomat also praised other initiatives of Ashgabat, including in the field of enhancing biological security in the region.

Touching upon the Afghan issues, the Russian Foreign Minister called for additional efforts to promote normalization of the situation in Afghanistan, given the continuing threat to the region.

The meeting was held on the sidelines of the gathering of the foreign ministers of the Caspian states, dedicated to the preparation of the 6th Caspian Summit.

The sides discussed topical issues of bilateral relations, in particular, ways to enhance cooperation in the cultural, humanitarian sphere and education.

The state visit of the President of Turkmenistan Serdar Berdimuhamedov to Russia took place on 10 June 2022. During the summit in Moscow, a historic Declaration was signed on deepening the strategic partnership and over a dozen intergovernmental and interdepartmental documents regulating relations in the political, humanitarian, economic, investment and security fields. ///nCa, 29 June 2022