At the beginning of the meeting, the head of the Turkmen delegation conveyed greetings from the President of Turkmenistan. 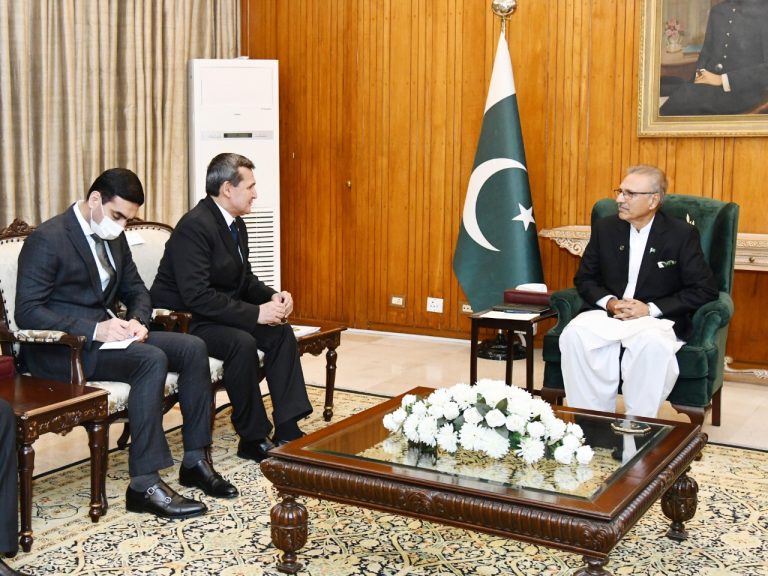 The Minister noted that the talks between the President of Turkmenistan and the President of Pakistan, held in Ashgabat in November this year as part of participation in the 15th Summit of Heads of State of the Economic Cooperation Organization, gave impetus to the further development of mutually beneficial partnership between the two countries.

Next year, Turkmenistan and Pakistan will mark the 30th anniversary of establishing diplomatic relations. In this context, during the meeting it was emphasized that during this period the interstate relations have been steadily developing in all directions, expanded and enriched with new forms and content. Thanks to the attention and support of the Leaders of Turkmenistan and Pakistan, bilateral cooperation covers the whole range of political, trade and economic, cultural and humanitarian interaction.

Minister R.Meredov noted that the dialogue between the two countries at the highest political level creates a solid foundation for strengthening and further expanding bilateral relations. The parties are making significant efforts to develop effective Turkmen-Pakistani economic cooperation, the strategic basis of which is a partnership in the energy sector.

During the talks, the sides also noted with satisfaction the consistent development of Turkmen-Pakistani cooperation in education and science, medicine and healthcare, as well as in the cultural and humanitarian spheres.