On the 12th of July 2021, the official two-day visit of the Minister of Foreign Affairs of the People’s Republic of China Wang Yi to Turkmenistan has started.

In the framework of the visit, bilateral meetings with the leadership pf the country are planned, as well as the successive round of the political consultations between the MFA of two countries.

During the constructive talk, the sides noted the positive dynamics of the development of Turkmen-Chinese relations. The availability of perspectives for the improvement of contacts in the area of biological and informational security, energy, non-resource sectors of economy, as well as in the fields of culture, education, science and healthcare was emphasized.

It was stated that the current visit stands as an important step in the process of further development of Turkmen-Chinese relations in accordance with the strategic vectors of cooperation designated by the heads of state of Turkmenistan and China during their last telephone conversation in May of current year.

Also, the efficiency of the talks held in May of present year in the city of Xi’an was noted, during which a number of important issues of Turkmen-Chinese agenda were touched upon.

An exchange of views on international and regional issues took place. The key issues of cooperation on the international arena were considered, as well as the importance of mutual support of initiatives and undertakings on the multilateral platforms were emphasized. The Ministers especially underlined the necessity of improving the external policy coordination, including on the issues of countering common threats and challenges of present time.

During the session, the necessity of continuing the positive experience of holding the regular bilateral consultative meetings on the current topics of international agenda, ecology and climate change, human rights and others was voiced. 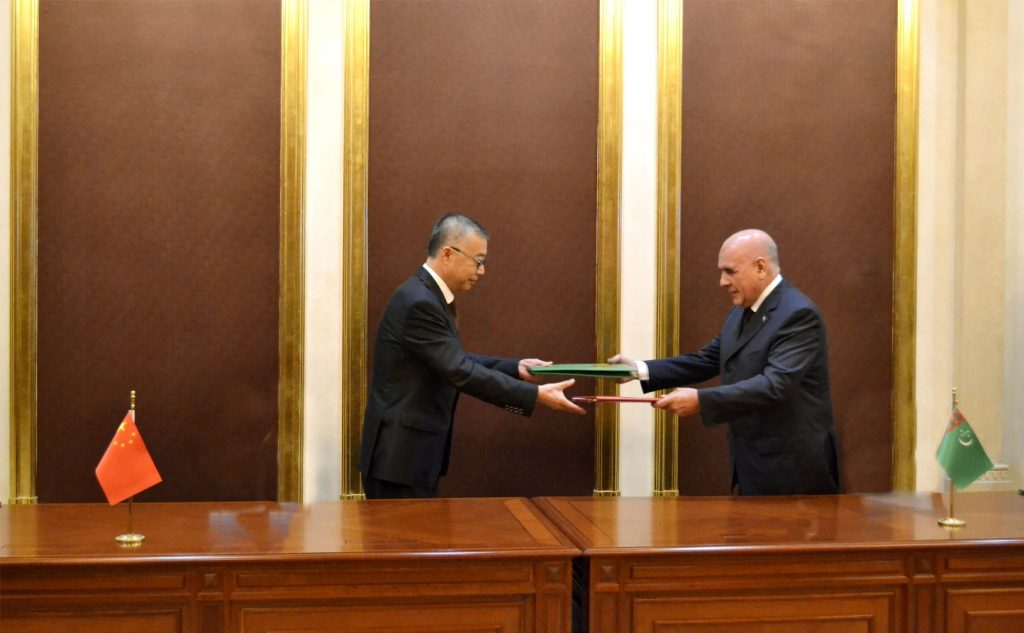 The issues of establishing the Cultural Centers on mutual basis, as well as organizing regular Days of Culture, exhibitions, film festivals and others art forums were considered.

Upon completion of the meeting, Rashid Meredov and Wang Yi signed the Plan of Cooperation between the Ministries of Foreign Affairs of Turkmenistan and the People’s Republic of China for 2021-2022.

The heads of external policy agencies underlined that the given document will give systematic character and consistency to the collaboration between Turkmenistan and the PRC.

In accordance with the results of the talks, the “Memorandum of Understanding between the Academy of Sciences of Turkmenistan and the Ministry of Science and Technology of the People’s Republic of China on Cooperation on Science, Technologies and Innovations” was also signed.