The award ceremony of the winners of the contest of analytical articles and reports dedicated to the Turkmen-Uzbek cooperation was held at the Embassy of Turkmenistan in Uzbekistan. The participants of the competition were students and teachers of the University of World Economy and Diplomacy (UWED) under the Ministry of Foreign Affairs of Uzbekistan. 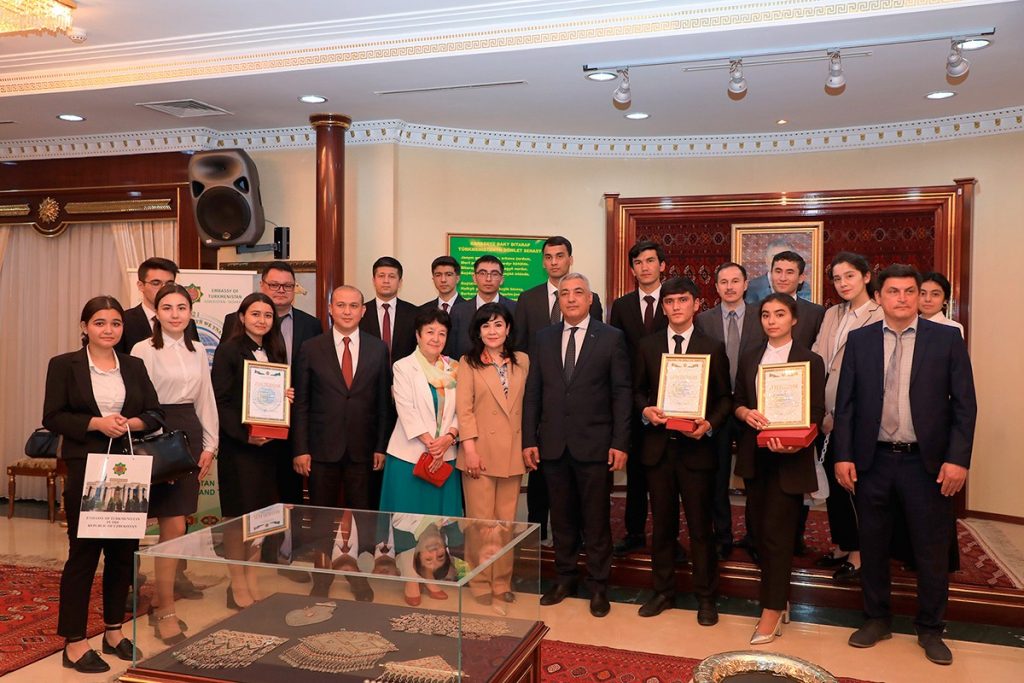 The main topics of the reports were “Turkmenistan – the Motherland of peace and trust”, “Cooperation between Turkmenistan and Uzbekistan over the years of independence, new trends and prospects”, “Characteristics and features of the foreign policy of Neutral Turkmenistan”.

Ambassador of Turkmenistan to Uzbekistan Yazguly Mammadov welcomed the guests and introduced them to the activities of the Embassy.

The head of the Turkmen diplomatic mission thanked the management of the University of World Economy and Diplomacy, teachers and students for their interest. “In almost all reports, we can see that we are fraternal peoples with similar cultures, languages, customs, traditions, who have always lived in the neighborhood and maintain good-neighborly relations,” the ambassador said.

“We continue to support each other in all our endeavors, both at the regional level and in the international arena. The Turkmen-Uzbek cooperation shows positive dynamics in all spheres, relations in trade, economy, and humanitarian spheres are actively developing, transport and transit ties are established, and we closely cooperate in solving water issues. In recent years, the trade turnover has been growing annually,” he added.

In turn, Vice-Rector for Youth Affairs and Spiritual and Educational Work of UWED Laziz Mingishov stressed that thanks to the efforts of the two heads of state, relations between Turkmenistan and Uzbekistan have risen to the level of strategic partnership. nCa, 19 April 2021 (based on the UWED press release)