On 1-2 November 2019, Tashkent hosted a meeting of the Shanghai Cooperation Organization(SCO) Council of heads of government (prime ministers). 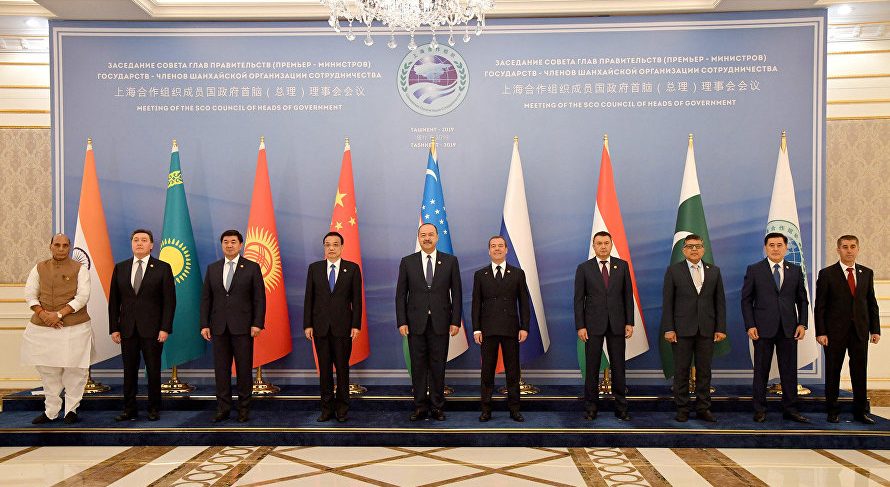 The SCO member States were represented at the meeting by the following heads of delegations:

Participants from the SCO observer countries:

Deputy Prime Minister, minister of foreign affairs of Turkmenistan Rashid Meredov attended the meeting as a guest of the presiding party (Uzbekistan). 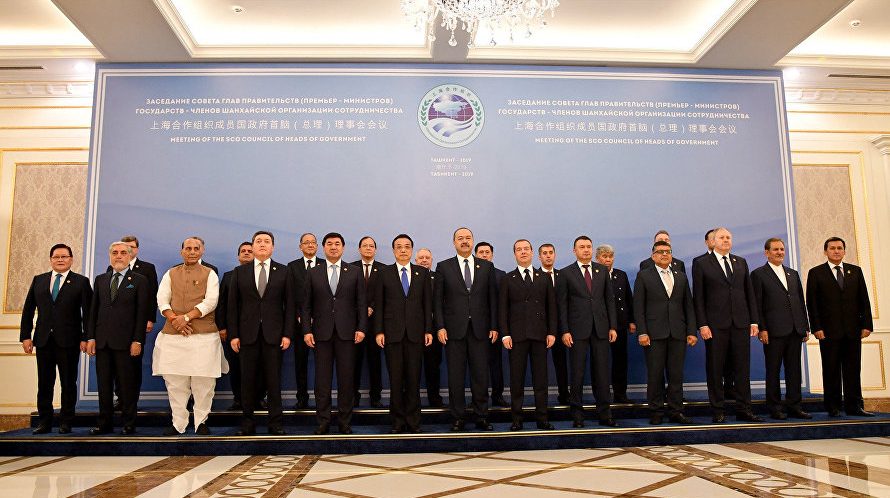 The meeting was attended by the heads of regional and international organizations including CIS, the Conference on interaction and confidence-building measures in Asia, EEC, ESCAP, FAO, ASEAN.

A total of 14 documents were signed following the meeting, 12 of them  -at the level of prime ministers, one  – at the level of customs agencies, and another  – by heads of international organizations.

The Russian text of the Joint Communique is available on the official website of the SCO:

The outcomes of the meeting of SCO heads of governments were announced by the Secretary General of the organization Vladimir Norov during a press briefing. Here are the main points of the discussions held in narrow and extended formats: 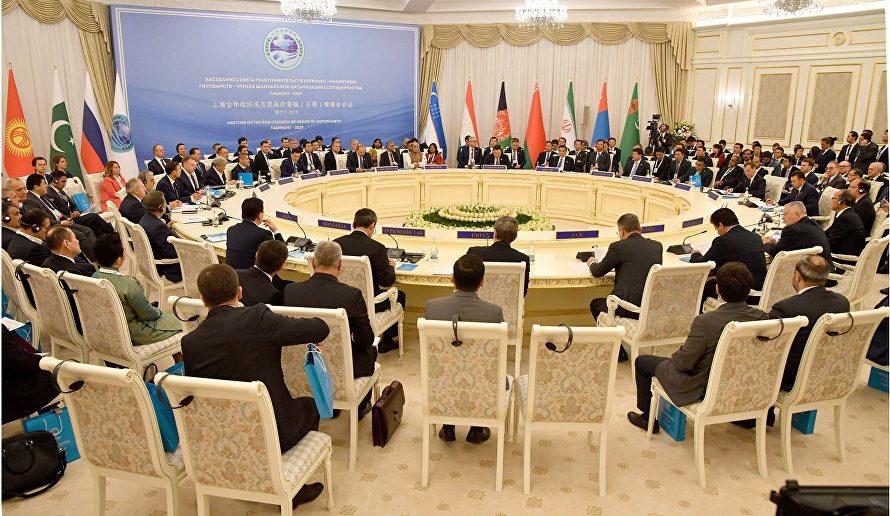 The macroeconomic stability is maintained across the SCO space, GDP and industrial production as well as mutual trade and investment are growing steadily.

However, in the opinion of the SCO member states, in the conditions of deep transformations in global politics and economy, the urgency of forming a multipolar, fair model of the world order, based on the interests of each nation, is increasing.

In particular, they noted the importance of the initiative to promote cooperation for the building-up a new type of international relations based on the principles and norms of international law, the UN Charter, including mutual respect, fairness, equality, mutually beneficial cooperation. The formation of a common vision of the idea of creating the community of mankind with common destiny is essential.

The parties emphasized the importance of further deepening cooperation towards joint formation of the open typeworld economy, as well as preventing any unilateral protectionist measures in international and regional trade.

They reaffirmed their commitment to the fundamental principles and rules of the World Trade Organization, which is a key platform for discussing the multilateral trade agenda.

The heads of delegations stressed that one of the primary tasks of the SCO is to improve the welfare and living standards of the population. In this regard, the efforts on realization of SDGs willbe continued. The SCO Development Strategy until 2035 will forge cooperation in trade, industrial, investment, agricultural, customs, telecommunications, artificial intelligence technologies, raising economic competitiveness, joint bridging the technological gap.

The development of connectivity, introduction of innovations and effective technological solutions in transport, multimodal transport and logistics centers, transportation by all modes of transport, primarily road and rail, as well as the creation of modern transport infrastructure will remain among the priorities.

The SCO considers substantial the efforts and measures aimed at improving the efficiency and environmental cleanliness of all types of energy resources, including traditional, alternative and renewable energy, through the introduction of advanced technologies, the transition to a clean energy-efficient economy, as well as the development of energy infrastructure in the region.

One of the main outcomes of the Tashkent event was the adoption of a SCO Strategy for further economic and humanitarian cooperation until 2035.

A new Program for multilateral trade and economic cooperation was approved. The previous one will expire in 2020.

According to the Program, in the short term – until 2025, the SCO member counties will develop and launch promising projects using innovative and green technologies.

In the medium term-until 2030, the transformation of national economies will be ensuredthrough the development of SCO rules in the field of trade and investment, promotion of the services industry and e-Commerce, as well as trade facilitation.

In the long term-until 2035, the objective is to raise global competitiveness and digitalize the national economies on the SCO space through the introduction of digital technologies and the creation of favorable conditions for the gradual free movement of goods, capital, services and technologies.

Another important instrument is the approved Concept of interaction between the railway administrations. The document is aimed at unleashing the huge transport potential of the region and the promotion of joint projects in the field of rail transport.

The heads of government gave a start for the elaborating the draft Concept of cooperation on the development of remote and rural areas in the digital age and its Action Plan.

An important addition to this project would be the Program for the development of environmental well-being of the cities, aimed at promoting the principles of sustainable development in urban areas.

The Council of heads of government supported the initiative to establish a mechanism of cooperation between the economic think-tanks, which will serve as a platform for studying and analyzing priority areas of economic cooperation within the SCO.

India will host for the first time the next meeting of the SCO heads of government in 2020.

RIA Novosti: Turkmenistan stated the importance of cooperation with the SCO countries in the energy sector

Turkmenistan is ready for multifaceted cooperation with the countries of the Shanghai cooperation organization (SCO) in creating a system of sustainable energy supplies, Deputy Prime Minister and Foreign Minister Rashid Meredov said.

“Today we are faced with the task of ensuring the stability of the energy supply system, its diversification, safety and reliability. Turkmenistan is ready for systematic and multifaceted cooperation with the SCO countries in this strategic area,” Meredov said, speaking at the enlarged Council meeting.

Meredov said that now energy cooperation in the Eurasian region is “an emerging reality”, and Turkmenistan is involved in it.

Meredov also mentioned transport as a promising topic of partnership with the SCO countries. “We consider the transport component as a strategic resource of integration processes in Eurasia,” he added.

In particular, he drew the attention of the SCO partners to the prospects for the formation of the transport corridor “Central Asia-Caspian sea – Black sea”, as well as routes towards the Baltic sea. ///RIA Novosti, 2 Nov [abridged]

On the eve of the SCO heads of government meeting, Meredov was received by the president ShavkatMirziyoyev. 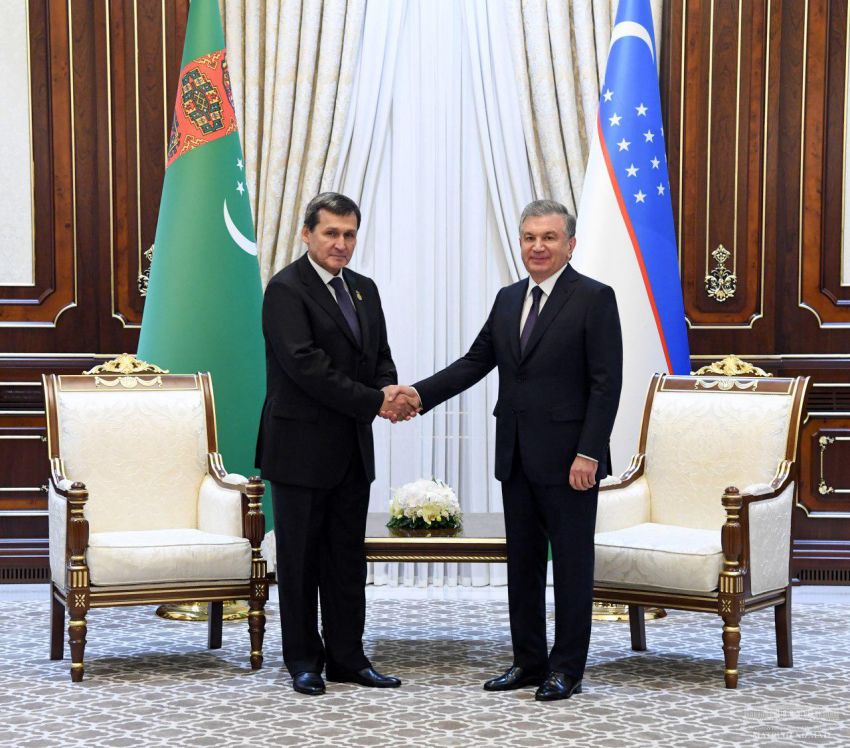 According to the press service of the Uzbek president, during the conversation Mirziyoyevhailed the open and trusting dialogue at the highest level, which brought the Uzbek-Turkmen relations of strategic partnership to a new level.

The parties stressed the great potential for further development of mutually beneficial cooperation in trade and economy, transport and communication, energy, agriculture and other areas.

The importance of deepening interregional ties and cultural and humanitarian exchange was underlined.

Issues on the regional agenda were also discussed, including in the context of upcoming summit events in bilateral and multilateral formats. /// nCa, 4 November 2019