Ambassador of Russia to China has called for more close integration between Chinese Belt and Road Initiative and main economic and security blocks in Central Asia, such as SCO and Russia-led Eurasian Economic Union.

China’s engagement in Central Asia was mainly economic. Rather than a threat, Russia regards Beijing as a force to boost regional economies, said Ambassador Andrey Denisov in interview with the South China Morning Post.

“China is active in the economic field in these countries, which are … areas of traditional interests for my country and traditional engagement,” he added.

“Chinese engagement [in Central Asia], as far as I understand, does not hurt Russian interests.”

According to Denisov, China has financial resources and can transmit excessive capacity in some branches of industries to these areas.

“China and Russia cannot just compete, but can combine efforts”, he stressed.

In January-March 2019, imports and exports via Horgos port, located in northwest China’s Xinjiang Uygur Autonomous Region on border with Kazakhstan, reached 8.65 million tonnes and grew by 17.1% compared with the same period last year, reports Xinhua with reference to the Horgos Customs.

The imports traditionally included bulk commodities such as natural gas, timber and licorice, with Turkmenistan, Uzbekistan and Kazakhstan as the major importers and exports included mechanical and electrical products, garments, and fruits and vegetables.

The customs officials explain the rise in trade with the expansion of BRI. “China trades frequently with countries and regions along the Belt and Road. With improving port infrastructure, customs clearance capacity has been strengthened and efficiency boosted,” Ma Lei, a local customs officer, said.

The Belt and Road Initiative refers to the Silk Road Economic Belt and 21st Century Maritime Silk Road, a significant development strategy launched by the Chinese government in 2013 with the intention of promoting economic co-operation and connectivity between Asia, Europe and Africa.

According to the World Bank, BRI draws in one-third of the entire world’s trade and GDP, and involves over 60 % of the world’s population.

On 25-27 April 2019, Beijing will host second BRI Forum under the theme “Belt and Road Cooperation, Shaping a Brighter Shared Future”.  This year the conference is expected to be more oriented on the business community. 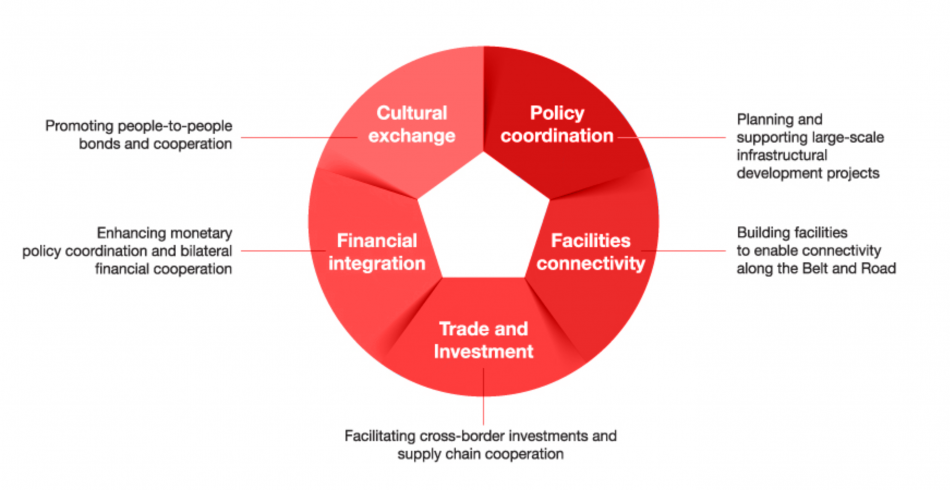