The State Secretary for Foreign Affairs of the French Republic, Mr Jean-Baptiste Lemoyne, whose protocolary rank is Minister of State attached to the Minister for Europe and Foreign Affairs Jean-Yves Le Drian, is visiting Turkmenistan.

He will hold consultations with the Vice-Chairman of the Cabinet of Ministers and Minister of Foreign Affairs Mr Rashid Meredov.

He will also hold talks with the Minister for Trade and Foreign Economic Relations, Mr Amandurdy Ishanov, with whom he will co-chair the 3rd edition of the French-Turkmen Joint Committee in the field of economic cooperation. The representatives of several French firms operating already or wishing to operate in Turkmenistan will attend this Joint Committee.

From Ashgabat, State Secretary Lemoyne will travel to Tashkent on 16 and 17th of April, Dushanbe on 18th of April and Bishkek on 19th of April. 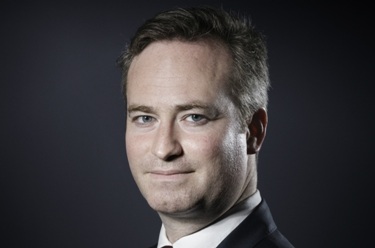 About the current volume of bilateral trade with Turkmenistan, the estimated potential, and the plans to tap the full potential

The bilateral trade between France and Turkmenistan amounted to €82 million in 2018. However, in reality, trade fluctuates depending on oil prices and the contracts awarded as part of major public procurement projects. For French businesses, over and above trade levels, the priority is taking part in strategic projects with high added value, reflecting the strong mutual confidence between our two countries. I have in mind major public works projects, such as the contracts awarded to Bouygues last year and currently underway, and satellite projects, such as Turkmenistan’s first communications satellite, which was supplied by France and launched in 2015.

However, there is considerable room for improvement in terms of bilateral trade and sectoral diversification. My visit is an opportunity to co-chair the third session of the France-Turkmenistan Joint Economic Commission, alongside Amandurdy Ishanov, Minister of Trade and Foreign Economic Relations. We think that the presence of French and Turkmen businesses is essential for the success of this initiative because, at the end of the day, it is the economic actors in both countries that manage projects on a daily basis.

As I have said, our economic relationship is built around large companies. In the long-term, it will extend to all spheres of business. In my opinion, the completion of tangible and clearly identified economic projects, in all sectors, is a good indicator of a sustainable bilateral relationship. In addition, the potential for trade development justifies language learning and the sharing of experiences between government departments.

Our bilateral relationship is based on several key principles. We work together constructively in multilateral forums, such as the United Nations and the Organization for Security and Co-operation in Europe. France supports Turkmenistan’s political neutrality, which ensures it is a stable presence in Eurasia and on the international stage. In 1995, France co-sponsored the UN resolution to this effect.

France also supports the European Union’s activities in Turkmenistan through the EU Liaison Office, which will soon become a fully-fledged delegation. Generally speaking, the EU is an important partner to Central Asian countries. Although it may not always have sufficient visibility, it is one of the region’s main trading partners and sources of foreign investment. European businesses are active in a wide range of sectors, and implementing major projects that will contribute to the modernization and diversification of regional economies. A new EU strategy for Central Asia, which builds on the previous strategy of 2007, should be adopted in June 2019. It was developed following extensive consultations and takes into account new dynamics in the region.

Lastly, at the bilateral level, France and Turkmenistan are working to increase cultural, linguistic and scientific exchanges. The French-Turkmen Archaeological Mission (MAFTUR) has worked at the UlugDepe site since 2001.

My visit to Ashgabat is an excellent opportunity to discover the Turkmen Museum of Fine arts, where Bronze Age artefacts found by the MAFTUR are exhibited. The InstitutFrançais in Turkmenistan, which has a small but dedicated team, helps increase awareness of French culture in Ashgabat and fosters exchanges between talented individuals from both countries. In doing so, it receives valuable support from the Turkmen authorities.

About the mutually identified promising areas for expanding the partnership, including science and technology, and ideas/plans for such areas

Our bilateral relationship still has undeveloped potential in terms of educational, linguistic and academic cooperation. Our countries’ best ambassadors are our students, teachers, linguists and academics, who are natural leaders when it comes to developing new projects.

For example, concerning agricultural training and research, a Turkmen delegation visited France during the Bologna Process Ministerial Conference in May 2018. This enabled the Turkmenistan Agricultural University and the French Ministry of Agriculture and Food to make contact. Building on this initial contact, the French agricultural higher education consortium Agreenium may take part in a fact-finding visit to Ashgabat and Dashoguz.

France’s higher education system is well suited to international students from diverse backgrounds. Our institutions offer courses in French, of course, but also in English.  We would like to welcome more Turkmen students to France – and to the Institut Sorbonne-Kazakhstan in Almaty.

About the position of France on the Trans-Caspian Gas Pipeline

In September 2011, France and the other EU Member States mandated the European Commission to begin negotiations with Azerbaijan and Turkmenistan on this topic.

The agreement of 12 August 2018 on the legal status of the Caspian Sea opens up new possibilities. However, the gas pipeline’s feasibility and completion depend on bilateral agreements reached between neighbouring States for the practical implementation of the framework agreement. Today, the ball is in the court of Turkmenistan and Azerbaijan.

About the drive of Turkmenistan to reduce imports and increase exports, and whether it would have any mid- to long-term impact on bilateral partnership

France completely understands Turkmenistan’s desire to support local industrial and agricultural production, and has the resources to help it achieve this goal. France has expertise in the agriculture, agrifood and irrigation sectors, among other fields. For example, Turkmenistan purchased agricultural machinery that was partly produced at a factory in Le Mans, which has improved its agricultural yields and helped meet government targets. In this context, academic cooperation in agriculture and agrifood is even more relevant.

About the hospitality of the Turkmen people

I am delighted to begin my visit to Central Asia in Turkmenistan, before travelling to Uzbekistan, Tajikistan and Kyrgyzstan. I have often been told about the hospitality of people in the region. Judging by the excellent dealings I have had with my Turkmen contacts in Paris, I am sure that my time in Ashgabat will be one of the highlights of my trip.

Councillor for the Yonne Department (since 2008)

Councillor for the village of Vallery