You are here: Home / Articles And Reports / Journalists feel the Heart of the Great Silk Road – Part 3 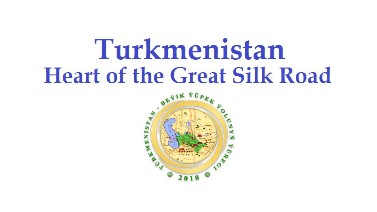 We climbed down the hill in slow, awkward steps. The ground at the bottom of the hill was hard and level, reassuringly solid under the feet.

“This is the starting point of the Amul-Hazar-2018 rally,” said the senior expert from the Turkmenabat museum.

The rally will start on 9 September 2018 and terminate at Hazar on 14 September 2018. There will be five phases, covering approximately two of the four routes of the Great Silk Road that connect with Amul.

Standing in the presence of mostly unknown history, the question was – why has Amul been chosen as the starting point of a modern motor rally?

The answer trickled out, bit by bit, from the countless bins of mind where knowledge is stored. —– The short answer is: efficient connectivity.

Amul connected four major routes of the ancient Silk Road. It was a convenient point for the caravans to take rest and, of course, engage in some trading. Amul was in the vicinity of the Amudarya River, which made it possible to transport the cargo through land and river. Farab, a centre of knowledge and learning was not far from Amul. Being a garrison town, Amul provided security to the traders and their cargo. The routes leading out of Amul were well known – where to find water, how to obtain food supplies, what to seek, what to avoid on the road.

In modern terms, Amul had the infrastructure and capacity to handle massive international trade.

Roads and bridges are being built for the last many years in Turkmenistan. Railway stock has been upgraded, Turkmenbashy Port has been modernized and expanded, procedural bottlenecks are being removed in cross-border trade, and new training schools have been opened to prepare the workforce for the transport sector. Renovated airports are available in every major city and more airports are planned for smaller cities. Turkmenistan is one of the safest countries in the world for travel.

The location of Turkmenistan has rightly earned it the title, ‘Heart of the Great Silk Road.’

The branch of China’s BRI (Belt and Road Initiative) that goes to Iran, passes through Turkmenistan. The centre-piece of the North-South (Kazakhstan-Turkmenistan-Iran) railway line is Turkmenistan. The Lapis Lazuli Corridor, which joins Afghanistan with South Caucasus, Turkey and Europe, is dependent on access through Turkmenistan. TAPI (Turkmenistan-Afghanistan-Pakistan-India) gas pipeline project, currently under implementation, has evolved into a full-fledged energy, transportation and communications corridor. The Central Asia-Middle East corridor, serving as a bridge between Central Asia and Middle East relies on the Turkmen territory for its successful transition from idea to reality.

The composition of the Amul-Hazar rally is also reflects the texture and feel of the ancient Silk Road. The participants can use cars, trucks, the ATV class SSV in the race. The total length is 1500 km, split into five phases: Amul-Mary, Mary-Derveze, Derveze-Turkmen Lake, Turkmen Lake-Yangala, Yangala-Avaza.

Traveling east to west, the rally will cross all the five provinces of Turkmenistan.

The main attraction, of course, is the Karakum Desert. It is a unique eco system, delicate but rich in bio-diversity.