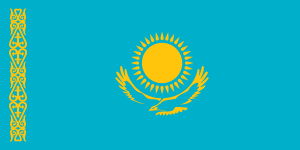 This year, residents of Kazakhstan will celebrate the 20th anniversary of the capital of their country. For Kazakhs, every date that has anything to do with Astana is special. And this is not an exaggeration. The history of the birth of the capital of their country is studied in schools, institutes; this is highlighted in films, journalistic investigations, and poetic works.

Astana is a young capital, this year the city will celebrate its 20th anniversary. But many still discuss the expediency of transferring the capital from Almaty to Astana. Today’s capital of Kazakhstan is on the list of the heaviest and most difficult climatic conditions. However, over 20 years of development of the former Tselinograd and its modernization in Astana, the Kazakh authorities were able to solve this issue – by creating a “green belt” of the capital: plantations that girded the city and softened the cold winters.

But, of course, Astana is interesting not only for this. How in 20 years in the steppe he managed to create a modern metropolis, is perhaps, one of the main secrets of President Nazarbayev. It’s no secret that Astana appeared only thanks to his volitional political decision. The new megapolis, according to the plan of the country’s leader, was to become a symbol of Kazakhstan and demonstrate to the world a modern, albeit a young country, by historical standards, having just gained independence. The task is more than ambitious. But Kazakhstan coped. Now, after 20 years, this can be proved by numbers and facts.

Last year, the capital of Kazakhstan – the first in the entire post-Soviet space – hosted an international exhibition of EXPO, the theme of which was the development of “green” technologies. The topic is also indicative: the Kazakhs are actively implementing these principles in the development of their cities, not only in Astana, but in modernizing the economy. But it is Astana that becomes a springboard for the introduction of everything new, then to spread this experience throughout the country.

And it is expected that in the coming years the Kazakhstan city – a millionaire will “grow wiser”. At the recent Astana Economic Forum, the head of the capital Aset Isekeshev said that in the future development Astana will become a global city and, seeing the transformation both in Kazakhstan itself as a whole, and changes in the capital, in particular, these ambitious plans are beginning to be believed.

For example, the Kazakh authorities take Singapore and Dubai. At the same forum on May 18 in Astana it became known that the city was already able to return all the funds invested in its construction – more than 2 trillion tenge, it is more than 6 billion US dollars. Now it becomes clear why Astana is called the locomotive of the development of the Kazakh economy. With the advent of the new capital, the construction sector of the economy, processing, was pulled up, which later, in accordance with the domino principle, pulled the development of the others. Astana is still being built. At the same time, the authorities are trying to maximally unload the budget from expensive projects, attracting investors.

The official website of the Kazakh government published data: about $ 300 billion of direct investment was attracted to the country for 26 years of independence. This is more than 70% of the total inflow to the countries of Central Asia. The largest investors are the Netherlands, USA, Switzerland, France, Great Britain, Russia, Italy, Japan, Belgium and Canada. And about $ 20 billion of investments falls on Astana. It should be noted that attracting investors to the country is a task of a national scale.

Having built Astana, Nursultan Nazarbayev demonstrated the capabilities of his country, the ambitiousness of tasks and, most importantly, the ability to solve these tasks quickly and correctly. And the point here is not even in economic indicators, which, of course, are important and the figures prove the consistency of the ideas of the country’s leadership, but also the messages that Kazakhstan sends to the world. Astana is the capital of world importance. It has global challenges: holding an international exhibition of EXPO, international economic summits, it is only worth looking at the pool of speakers who have been coming to Astana for a year now.

The capital of Kazakhstan last year was also a platform for peacekeeping talks on Syria, while it should be noted that this was not the initiative of the Kazakh authorities. Astana as a meeting place and important negotiations facilitated all the participants of the Syrian process. And this is an indicator of the status of the Kazakh city, and most importantly of trust in the leader of this country.

It’s no secret that many things in modern politics depend also on the concrete personality of the contracting parties. President Nazarbayev earned the image of a wise leader. And such a status the head of Kazakhstan earned. In many cases, Nazarbayev’s authority becomes a decisive factor.

The plans of the administration of the country and its capital make Astana the capital of an international financial center. After the Expo, this is another global task, which, however, is almost solved. A few days ago in Astana, they announced that the financial center “Astana” registered 13 companies, 20 have applied, up to the end of the year, in the plans of the IFC to attract 100 companies to work, and in three – to 500. According to the mayor of the capital Aset Isekeshev, the impetus to Astana’s development, making it a global city in a political and international sense. However, economically Astana has long been called a successful business project. The authorities plan to create a symbiosis: combining economic successes with the development of the cultural life of the capital, giving priority, and this is logical, especially convenience, comfort and security of the capital. Observing the 20-year development of Astana, one believes that such a task is quite real. /// nCa, 4 June 2018