You are here: Home / Articles And Reports / TAPI Gas Pipeline: From Idea to Reality 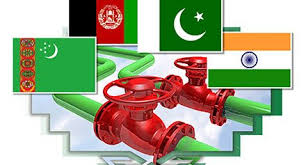 As is known, an important aspect of Turkmenistan’s energy strategy is the expansion of the geography of export routes for the supply of Turkmen energy to world markets, including through the creation of a multivariate transport infrastructure. In this area, large investment projects are being implemented, among which the construction of the Turkmenistan-Afghanistan-Pakistan-India gas pipeline (TAPI) occupies a special place. We asked the representative of the State Concern Turkmengaz on the board of directors of the company TAPI Pipeline Company Limited Muhammetmyrad Amanov about the progress of this project, which is of international importance.

– I recall that the TAPI project entered into an active phase in 2010, when a quadrilateral intergovernmental agreement on this project was signed in Ashgabat. Then, from 2012 to 2016, the legal framework of the project was consistently supplemented by the Agreements for the purchase and sale of natural gas with all buyers, the Joint Stock and Investment Agreements.

The project includes comprehensive works on the design, procurement, construction, operation and maintenance of the pipeline with a length of 1840 km from Turkmenistan to Afghanistan, Pakistan and India. It is envisaged that after full commissioning of TAPI, up to 33 billion cubic meters of natural gas per year will be exported for 30 years.

This project can clearly be counted among a small number of international projects. It will have a stimulating effect on the sustainable development, social and economic growth of the countries of the region and will ensure their energy security. These factors, in turn, are the “columns” on which the modern architecture of the energy space is held.

In a relatively short period of time, significant progress has been achieved in the implementation of the TAPI project, in particular, on key agreements such as the Agreement with Host Governments and the Agreement on the Transport of Natural Gas. A powerful impetus to the project’s progress was given with the establishment of the consortium “TAPI Pipeline Company Limited” and subsequently the choice of the State Concern “Turkmengaz” as the leader of this consortium.

Let me remind you that the start of construction of TAPI was given in December 2015 in Mary province. Presidents of Turkmenistan and Afghanistan, high-ranking representatives of India and Pakistan took part in the solemn ceremony on the occasion of the welding of the first joint – the symbolic “golden link” – of the new gas transportation artery. The laying of the 214-kilometer section of the gas main in the territory of our country is carried out by the State Concern “Turkmengaz”; it is planned to fully complete all works by the end of 2018.

In October 2016, the Agreement of the Government of Turkmenistan with the Islamic Development Bank was signed to finance the construction of the Turkmen part of the TAPI gas pipeline. The document provides for the allocation of a loan in the amount of 700 million US dollars.

In November this year, in Riyadh, the regular meeting of the Intergovernmental Turkmen-Saudi Commission on Trade and Economic Cooperation was held with the participation of industry and energy leaders, as well as large companies of Saudi Arabia. During the meeting, issues of trade, economic and investment cooperation were discussed, including in the fuel and energy sector, specific agreements were reached in several areas. In particular, the State Concern Turkmengaz has signed an agreement with Global Pipe Company for the delivery in 2018 of a large batch of pipe products intended for the construction of TAPI.

As you know, the resource base of TAPI at the initial stage will be the largest field “Galkynysh”. As part of the development of this field, the State Concern Turkmengaz together with its foreign partners is doing a great job, called to provide a high level of “blue fuel” TAPI.

I want to note other achievements. So, at the negotiation stage there are agreements on the project, which will be concluded with governments and state counterparts. Among them, the most important is the Agreement with the Governments of the host countries.

We have completed the tender process for the selection of contractors for detailed road surveys on the pipeline route. Key research – such as environmental and social impact assessment, and the development of a land allocation plan – are already under implementation in the Afghan and Pakistani areas.

Preliminary design for the gas pipeline and all stations, which is better known as Front-End Engineering & Design, has been completed.

The tender process has begun to select suppliers of long-lasting equipment- like the main pipe and large valves, as well as contractors for the construction of a linear part and stations for various purposes.

Draft contracts have been prepared, which will be concluded as a result of tenders. We do not expect long negotiations in view of the fact that the proposed contract scheme has been repeatedly accepted by the market and demonstrated its effectiveness and balance of interests of the parties. And the last, but not least, is that a team of advisers has been assembled among the companies – world leaders in their field.

In general, all this means that the project is progressing in accordance with the schedule; in 2019 it is scheduled to start gas deliveries to TAPI.

– What support is provided for the construction of TAPI at the state level?

– Initially, it should be noted that Turkmenistan is the locomotive of the promotion of this project. Thanks to the initiative and personal leadership of the President of Turkmenistan Gurbanguly Berdymukhamedov, the project has reached the current stage of development, namely, over the past ten years it has been embodied from the idea into reality. Already in the near future, construction work is expected to begin in the territories of Afghanistan and Pakistan.

Undoubtedly, the governments of the participating countries fully support the TAPI gas pipeline project. There is an all-round assistance to the activities of the consortium “TAPI Pipeline Company Limited” both at the level of shareholders, which in turn are state-owned gas companies, and at the level of state departments of the respective jurisdictions.

Representatives of the governments of Turkmenistan, Afghanistan, Pakistan and India work very closely and effectively. And this is confirmed by the fact that the TAPI project is extremely important for the development of the region’s economy, primarily for the industrial sector, and large and small businesses. Thus, local contractors will be involved in the delivery and construction work.

The participating countries will receive a cheaper, more economical and environmentally friendly source of energy, as well as additional revenues from gas transit.

As the respected President of Turkmenistan Gurbanguly Berdymukhamedov emphasizes, in addition to the economic development of the region, the solution of vital social issues, the implementation of the TAPI project will help to strengthen peace and stability here. In this context, the project is considered both by the participating countries, and by the world community as a whole.

In continuation of the topic, it is necessary to note one more important and long-term partner of the project – the Asian Development Bank. ADB is participating in the project from the very beginning, and continues to provide all-round support to TAPI, including through the provision of soft loans. Thus, an agreement was reached between the Government of Afghanistan and ADB on financing the Afghan part of the share capital in “TAPI Pipeline Company Limited”.

– What are the criteria for selecting project consultants and contractors?

-First of all, this is the presence of solid experience in the field of pipeline design, construction and operation, the introduction of the best world practices and standards into the draft. Particular attention is paid to the environmental aspect. When choosing the route, we were guided by the principle of minimum impact on the environment. By technical complexity, the TAPI project can be put on a par with other international gas pipeline projects. In this regard, it is necessary to note the successful work of our consultants – the German company ILF and the British Allen & Overy.

– How to solve the financing of the project?

– The State Bank for Foreign Economic Affairs of Turkmenistan and Turkmengaz have extensive experience in attracting investments in large international projects and, accordingly, are working with various credit agencies and financial institutions. These include the Asian Development Bank and the Islamic Development Bank, export credit agencies and sovereign funds of various countries; as well as international commercial banks.

Considering the fact that the “lion’s” share of the necessary capital investments is the supply of goods and equipment of long-term production, export credit agencies can potentially play an important role in financing the project. In addition, the parties to the project unanimously reaffirm their commitment to the project and the obligation to provide their own capital, according to the shares of participation and arrangements.