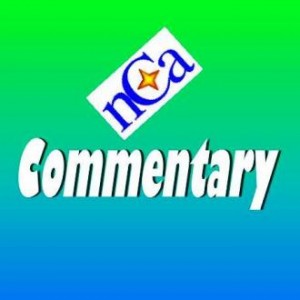 The tide in our affairs, in this day and age, is the growing network of corridors in all directions – energy corridors, transport-transit corridors, communications corridors.

OBOR (One Belt, One Road), the mega-corridor concept of China is the locomotive for all the corridors in the Eurasian land mass. It has been planned to embrace every other initiative of connectivity and serve as mutual booster for mutual benefit.

As Will and Ariel Durant contend, nature abhors vacuum. One may add that nature is also very fond of keeping the trade and transport routes open, as we can see in the examples of the salt route of Africa and the Silk Road of this region. From time to time, a force appears on the scene to bulldoze everything in the way of connectivity.

In the Eurasian landmass, the largest connectivity network is appearing in the Central and South Asian region. Together with OBOR, there is a whole network of CAREC (Central Asia Economic Cooperation Program of ADB) corridors.

The latest news on TAPI (as of 21 September 2016) is that Turkmenistan and Islamic Development Bank are going to sign a financing agreement for the TAPI in the territory of Turkmenistan, and ADB has promised to “act as financial advisor to mobilize resources from other financial institutions” in its ongoing support for TAPI.

With prospects for financing of TAPI solidifying, there is the need to look at the ways to ensure successful implementation of the project inside the territory of Afghanistan.

The unrest, the precarious security situation and the weak writ of the central government in Afghanistan are usually cited as the main hurdles for TAPI.

These are realities but using them as argument against TAPI is a carefully cultivated myth.

TAPI will pass through four provinces of Afghanistan and two of them – Helmand and Kandahar – have strong presence of the Taliban.

To understand the potential role of Taliban in the hindering or supporting of TAPI, we should build the scenario on the known premise that the Taliban are a commercial enterprise. Their current leadership, by entering into and retreating from situations without making it a do-or-die case, their willingness to negotiate with anyone who offers suitable terms, their encouragement of commercial activities in the areas under their influence provided they get a cut, are the hallmark of a pragmatic outfit rather than a rigidly ideological venture such as ISIS.

Their desire to rid Afghanistan of occupying forces is understandable and so is their need to generate revenues to keep the loyalty of their followers and rank and file soldiers.

TAPI, with assurance to create about 12000 jobs in Afghanistan and bring in hundreds of millions of dollars in transit fees will surely benefit the areas it will pass along, including the Taliban territories. TAPI, when in operation, will be its own security.

However, the challenge would be the construction phase.

The best way to make sure that TAPI construction proceeds as peacefully as possible is to start building a motorway ahead of the main project. The reason for suggesting a motorway along the route of TAPI as a guarantee for peace is that at least one member from every Taliban family is in the trucking business, or runs roadside eateries or is related in any other way with the transport business. The Taliban are mostly Pashtun and Pashtuns rule the road.

To build a motorway along the TAPI route requires very little planning because route 6A of the CAREC Corridor 6 is the answer to this need. In the territory of Afghanistan, this will run from Termez (Uzbek-Afghan border) to Chaman (Afghan-Pakistan border).

The total distance is about 1047 km and the construction cost of a four-lane motorway can be anywhere from USD 6 million to USD 15 million per km in the open terrain. Considering the length of the road, the total cost of the project could be USD 6 billion to USD 15 billion. These figures are taken out of thin air. The idea here is to underline that the Termez-Chaman motorway would be an expensive project.

Nevertheless, we should also keep in sight that the Gawadar Port, with 120 berths, will be the second largest port of the world. The largest port in the world is the Port of Shanghai, which has 125 berths.

If we assume that just five container ships will dock or undock every day at Gawadar Port with cargo to and from Central Asia and, it amounts to 80100 twenty-foot equivalent units (TEU). In other words, 80000 trucks would be required to pull these containers along the Termez-Chaman motorway.

If the road is built on BOT (build-operate-transfer) basis, the owner of the road will collect toll tax, which can be USD 100, a fair charge for the facility to wheel the cargo from Termez to Chaman in about 15 hours. With 80000 trucks paying USD 100 each, the annual revenues from the road tax can be USD 2.9 billion.

With this magnitude of revenue, the project cost can be recovered in two to five years. In terms of mega projects, where six years is considered attractive break-even time, this motorway makes huge business sense.

The construction of this motorway will afford the shortest distance between Central Asia and the Arabian Sea, creating the prospects of export of fresh fruit and vegetables from the region to anywhere in the world. It will be a giant farm-to-market road, benefiting every fruit and vegetable farmer in the region.

The industrial sector in the region, with expanding range of exportable products, will be able to cut the transportation costs and save time, thereby adding to profits.

Inside Afghanistan, this motorway will give birth to hundreds of roadside cafés, automobile service centres, trucking stations, motels and shops etc. It will nurture hundreds of thousands direct and indirect jobs.

In this bustling line of prosperity and activity, the construction work on TAPI can take place with peace of mind.

The CAREC Corridor 6 is already a regionally recognized idea. Its implementation will require public-private partnership where the contractor should be able to collect the revenues for four to ten years after commissioning, depending on the cost of the project.

Now is the time for the political leadership in the related countries to start concrete work for the construction of the Termez-Chaman motorway.

Now is the time for everyone to make up their mind whether they want the lines of stability and prosperity to pass through territory.

Now is the time to decide between sensibility and political shortsightedness

Pragmatism is the ability to understand correctly as to where the interests of both sides coincide and where do they collide, and act accordingly. For example, the interests of Russia and the USA may coincide in Afghanistan but they may collide in Syria.

Pragmatism demands that Uzbekistan, Afghanistan, Turkmenistan, Pakistan join hands and work together with ADB and other financial institutions, the global and regional powers, mainly China, Russia, Kazakhstan and Iran, and the major construction companies in the private sector, to start building the Termez-Chaman motorway.

Let’s not forget the immortal words of Shakespeare: 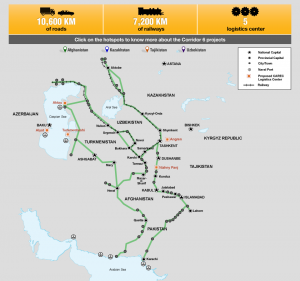