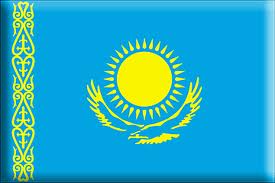 Russia and the United States have declared their readiness to negotiate a reduction of their nuclear arsenals. These main geopolitical rivals, for whom nuclear weapons has always been an important tool for deterring each other, obviously, realize that the atom in modern conditions of increased threats to international security must be exclusively peaceful.

At the moment there are enough nuclear weapons to destroy the world, and not just once. There are powerful nuclear bombs capable of wiping out a city of a million people in just a few seconds. The risk is there of the nuclear weapons falling into wrong hands. At the Nuclear Security Summit in Washington recently, the president of Kazakhstan was the first to deliver the speech. His country is setting the example of how atom can be used for peace.

Kazakhstan is the world leader in the production and reserves of uranium ore, which through a complex and extremely costly process of enrichment, can potentially serve as the basis for the creation of nuclear weapons. But in the case of Kazakhstan, the world community has nothing to fear. The country in its history, has had nuclear weapons. It was the fourth largest holder of nuclear arsenal, inherited from the Soviet Union. But Kazakhstan has voluntarily shunned the nuclear weapons. Despite having all the infrastructure, knowhow and experts in the area, President Nazarbayev of Kazakhstan has declared that on the sustainable development is the real guarantee of security for any country, not a ‘red button.’

It should be recognized that international practice has proved the correctness of this position. The presence of nuclear weapons at one or even both sides does not contribute to curb any conflict in the recent history. Moreover, nuclear weapon is idle in the case of national ethnic conflicts and struggle against terrorism.

The shape of the recent history suggests that the presence of nuclear weapons does not prevent any conflict from eruption or escalation. Moreover, the nuclear weapons cannot play any positive role in the frozen or stalemate conflicts or fight against terrorism. For instance, Pakistan and India became nuclear some 18 years ago but their nuclear capabilities are of no clear use in promotion or maintenance of peace. Additionally, the evolving terrorism and extremism can potentially take the nuclear direction despite all safeguards and precautions.

The president of Kazakhstan said at the world summit that the threat of the use of nuclear weapons by the terrorists was becoming a reality. He reiterated the idea of creating a global network of counter-terrorism with the participation of all countries. The first time such an initiative of the Kazakh leader appeared in September last year at the UN, even before the terrorist attacks in Paris and Brussels. But only after the bloody attacks in the heart of Europe the consensus started building for the formation of such a coalition.

In his speech Nursultan Nazarbayev in fact put forward a new paradigm in the field of nuclear safety, which implies a departure from the old system. Its functioning is regulated by a number of documents in the field of atom, neither of which works fully on its own. Nazarbayev proposed to combine them in one document – a new universal treaty on general and complete non-proliferation and elimination of nuclear weapons. Such a contract could exclude the application of “double standards” and provide effective mechanisms of sanctions against violators. In addition, the official Astana offers to warn against the process of creating nuclear weapons and prohibit the use of scientific discoveries that may contribute to this.

It is important to note that at the same time, Kazakhstan is not calling to depart from the atom altogether. On the contrary, official Astana is actively supporting the development of nuclear energy as an important area of the world energy supply. Today, about one third of the world’s population has no access to electricity. In this case the needs of the planet are expected to grow; over 20 years the energy consumption will increase at least twice. Therefore, progress in the field of nuclear energy seems a vital factor of global sustainable development.

Astana understands it and not only offered, but also implemented the initiative, which will provide the necessary nuclear power fuel – low enriched uranium. Without fear if any of the countries go to the brink and begin to enrich the ore to the point where it can already be used to create weapons. To this end, Kazakhstan has agreed to host the world’s first low-enriched uranium IAEA Bank. In the future, any country that would like to use nuclear energy for peaceful purposes, will be able to take advantage of its resources. It will not be necessary to independently develop and create enrichment.

In this context, Kazakhstan in the international arena is rightfully called a model and an example in the field of nuclear disarmament and non-proliferation. The word is backed by the deed, as evident from Kazakhstan’s track record during the last quarter of a century. The country, being a nuclear threat after the collapse of the Soviet Union, has become a global center for security and development of the peaceful atom.