You are here: Home / Articles And Reports / Celebrities Combating Poverty

With 2011 as the European Year of Volunteering, a banking entity launched a supportive advertising campaign with child education as their goal. The benefits will be destined to child education in the least developed countries with the help of UNICEF.

You have the power, turn on your solidarity! This is the message that the Salesian Missions have launched throughout an advertising campaign that will be spread throughout the media. The goal is to raise social awareness into cultivating solidarity for the labor that these missionaries carry out every day in more than 130 countries. The Salesians have been working for over 135 years with the world’s poorest populations, especially is the African continent.

Celebrities such as La Mari de Chambao, Silvia Abascal, Antonio Orozco and other artists have created a solidarity foundation called “Voices”. With what is raised they personally visit underdeveloped countries and teach courses. Currently, Raúl Peña and Alejo Sauras are in Mali teaching a course on how to act in front of the camera. Soloist Ana Torroja recorded some songs from her latest album with students from a performing arts school.

Moreover, 17 comedians took part in a Red Cross charity event with the aim of helping the victims of the recent Japanese earthquake. On the other hand, American actress Angelina Jolie made a donation to Libyan victims through her foundation Jolie-Pitt, and as ambassador of the United Nations Refugee Agency (UNHCR). The actress visited the refugee camps in Afghanistan and gave a donation destined for humanitarian evacuation, which served to hire a flight carrying more than 100 people, as well as to buy an ambulance.

Last but not least, French soccer player Zinedine Zidane promised to donate to his foundation the benefits from the Qatar World Cup. On the same note, the solidarity network of Bill Gates and Warren Buffett has launched a provocative initiative called “The Giving Pledge”. This pledge is their promise to donate at least half of their earnings to the common good. The founder of Facebook, Marc Zuckerberg, has adhered to this pledge as well.

In order to act out solidarity, one must have firm determination: to give up at one’s own interest in the name of the common good. In other words, in the name of everyone’s well being in order to give a gesture of solidarity to all Humanity, especially to those most vulnerable.

(Translated by Gianna A. Sanchez-Moretti) 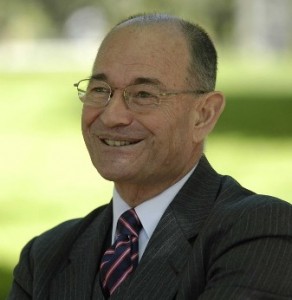