You are here: Home / Articles And Reports / Telephone conversation with the Leader of the National Islamic Movement Party of Afghanistan

On the 21st of December 2020, a telephone conversation was held between the Deputy Minister of Foreign Affairs of Turkmenistan V.Hajiyev and the Leader of the National Islamic Movement Party of Afghanistan Marshal Abdul Rashid Dostum, upon the initiative of the Afghan side.

During the conversation, an exchange of views took place on the agenda of Turkmen-Afghan cooperation. The parties underlined the active development of bilateral ties in view of the agreements between the heads of state of Turkmenistan and Afghanistan. 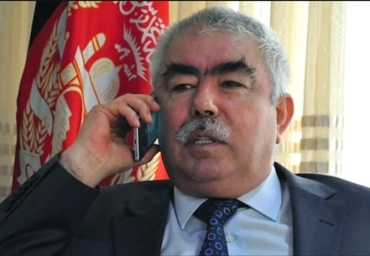 A.R.Dostum highly appraised the initiatives of the President of Turkmenistan aimed at strengthening of peace and stability in the region, as well as stressed the necessity of promoting the ideas of neutralism in addressing the regional issues.

In addition, during the telephone talk special accent was made on the importance of implementing the infrastructural projects aimed at further socio-economic development of Afghanistan and the region in general. The adherence of both sides to putting together the efforts in the process of prompt implementation of energy, transport and other projects, including the fight against threats and challenges to security and stability was emphasized.