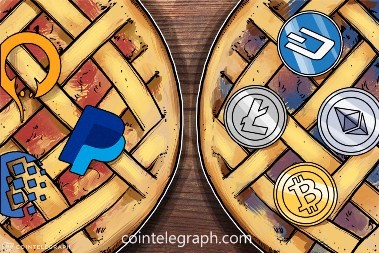 This is second call for boarding:

This is time for Central Asia to make joint plans and efforts to fortify their digital finance options. Their plans to build digital economies may fall short of expectations without their active involvement in cryptocurrencies and digital currencies.

The conversation here must start with an attempt to define the cryptocurrencies and digital currencies and how they differ from each other.

In cryptocurrency the coins exist only in the electronic form. The technology behind crypto [short for cryptocurrency] is the data encryption that allows for anonymity, and safety of transactions. Crypto operates on blockchain network, decentralizing the payment system, and obviating the need for any third party.

A unique feature of cryptos is that their blockchains are spread over thousands, possibly hundreds of thousands of computers worldwide. Any unauthorized attempt at changing the information in the blockchain is automatically noticed, and prevented.

There are more than 2000 cryptocurrencies operating today. Most popular among them are Bitcoin, Ethereum, XRP and Litecoin.

In contrast to crypto that is based on blockchain technology and encryption features, a digital currency is a generic term, encompassing all the money in the electronic form. Some experts argue that any currency that can be transferred online, falls into the category of digital money. In this sense, they tend to treat crypto also as a kind of digital money.

In online transactions, the digital money can exchange hands just like real money. — This is an important distinction: The crypto is supposed to be tangible, which means that it has its own value, based on its own features and its strength or weakness. On the other hand, a digital currency is intangible; it is a virtual representation of a real currency – a fiat – and its value is not determined independently.

For instance, Paypal and WebMoney are electronic exchange platforms but the electronic wallets in their system are keeping the digital versions of real money, rather than cryptos that are not linked to any sovereign currency.

When buying crypto, you need to pass through KYC (Know Your Customer) procedure. This is the stage where you disclose your personal information. When using or transferring crypto, you merely need the approval of the community. It is still easy to trace the source because the identity of your wallet is in the public domain. It means that you have certain degree of anonymity, while at the same time the whole chain is transparent.

The digital currency requires your personal information at both ends – when you acquire it and when you dispose it off in whatever manner. The information is not in the public domain but the details of your transactions are known and traceable to the authorities and to the dealers.

The digital currency has geographical limitations whereas the crypto is global in nature with the ease of convertibility.

Cryptocurrency and Digital Currency: The Difference Between Them

The blockchain technology was invented by Satoshi Nakamoto and no one is sure whether it is the name of one individual or a group of people.

Here is how Don & Alex Tapscott, the authors of Blockchain Revolution (2016) define blockchain technology: “The blockchain is an incorruptible digital ledger of economic transactions that can be programmed to record not just financial transactions but virtually everything of value.”

In the shape of blockchain, the digital information can be distributed but not copied. Originally used for the generation, storage, and transfer of Bitcoin, the technology has found many other potential uses.

As the name implies, blockchain is a merger of two words – block, and chain.

A block is a time-stamped, immutable records of data. These blocks are secured and bound to each other using the cryptographic principles, which is called chain.

The blockchain, the backbone of cryptocurrencies such as Bitcoin, has no central authority. It is a democratized system managed by the community. In this aspect, it is transparent. The element of anonymity comes when you have passed through the gateway.

You can literally generate your own crypto. It is called mining.

The blockchain transactions are free although there is the infrastructure cost. The important thing for Central Asia to note here is that blockchain, and their products such as cryptos are potentially able to replace every service that depends on micro transactions and/or middlemen for their profitability.

With the direct exchange of encrypted information between the buyer and seller, between the client and service provider, between the user and supplier, the need for the middleman will be eliminated. This will, at some point in the foreseeable future, spell the end of companies like Uber, Airbnb, Fivver, even the conventional businesses that bring together the buyers and sellers.

It will also make redundant the credit card companies and many of the banking services.

It may even sink the giants such as Amazon and Alibaba.

If the cryptocurrencies and digital currencies can find a way to interact with each other in a predictable and reliable way, we could see the total metamorphosis of the world economic system within a few decades. /// nCa, 18 November 2019