Ashgabat, 31 March 2017 (nCa) — The summit talks between the presidents of Turkmenistan and Belarus in Ashgabat on 30 March 2017 spotlighted the huge potential for partnership and the mutual desire to tap the latent possibilities.

The 10 bilateral documents signed after the summit talks represent some of the steps that would be taken to raise the level of interaction in the areas of mutual interest.

This report is based on information from nCa, the Turkmen media and the Belarus media. The pictures in this report are copyright to nCa, TDH and BelTA.

The following documents were signed after the summit talks, in the presence of both the leaders:

President Gurbanguly Berdymuhamedov and President Alexander Lukashenko signed a joint statement. The text of the statement was not available immediately to the media.

Separately, the following documents were signed:

President Berdymuhamedov and President Lukashenko had tete-a-tete before the summit talks. They also addressed jointly a press conference but did not take any questions from the media.

Turkmenistan considers Belarus an important and reliable partner. In addition to mutually beneficial partnership, there is active cooperation in the cause of peace, stability and security in the world.

The policies of both the countries are based on good neighbourliness, pursuit of peace , respect of the sovereignty, and non-interference in the internal affairs of other states.

Turkmenistan and Belarus have the same or similar views on many subjects of international and regional politics, thereby guaranteeing successful cooperation between the two countries in the world arena, first of all under the auspices of the United Nations. There is the mutual resolve to support the consolidation of the role of the United Nations, and close and efficient interrelationship under from the platforms of other international organizations to render support to all the constructive ideas.

The Garlyk potash mining and processing complex is the flagship of the economic partnership between the two countries. Turkmenistan congratulates Belarus on the successful completion of this grand project.

There are vast opportunities in international transport communications. Both the countries have strong and expanding transport and transit infrastructure. The geographic location of both the countries is full of possibilities for active involvement in the North-South and East-West connectivity drives, spreading the benefit to the Eastern and Central Europe, Baltic region, the Middle East and South Asia.

Belarus offers to establish high speed rail service between Ashgabat and Turkmenbashy, using Stadler rapid trains. ——- The proposal and price structure has been submitted to Turkmenistan which includes the ten-year installment plan by the Stadler Company if at least two trains are ordered. The trains would be designed for efficient functioning in the hot climate of Turkmenistan.

In the sphere of education and training, Belarus is willing to set up joint educational institutions in Turkmenistan. Currently there are about 9000 students from Turkmenistan studying in Belarus. There are 18 bilateral agreements, creating a wide legal base for cooperation in education and science.

Belarus is ready to provide logistics centres, warehouses and equipment to Turkmenistan for trade with Europe. China is already using such facilities, Belarus mentioned. ——- Belarus added that many countries including Iran, Pakistan, India and Arab countries see Turkmenistan as a launch point for trade and transit between the regions and countries; Belarus would like to connect with Turkmenistan as destination and route for the movement of cargo, especially the petrochemicals.

The trade turnover between the two countries has reached USD 300 million during the last five years and there is huge potential to raise it further.

President Berdymuhamedov and President Lukashenko jointly opened on Thursday the newly completed building complex of the embassy of Belarus in Ashgabat.

The land plots for the construction of the embassy of Turkmenistan in Minsk and embassy of Belarus in Ashgabat were provided on reciprocal basis under an agreement signed in April 2011.

The presidents of Turkmenistan and Belarus jointly opened the Turkmen embassy in Minks during the visit of Berdymuhamedov to Belarus last year.

The embassy of Belarus in Ashgabat occupies 0.73 hectares of land in a prime area of Ashgabat. There is a two-storey administrative building and a residential building with eight apartments and other structures and facilities.

President Lukashenko placed flowers at the national memorial complex of Turkmenistan. Both the presidents planted trees at the monument of independence. 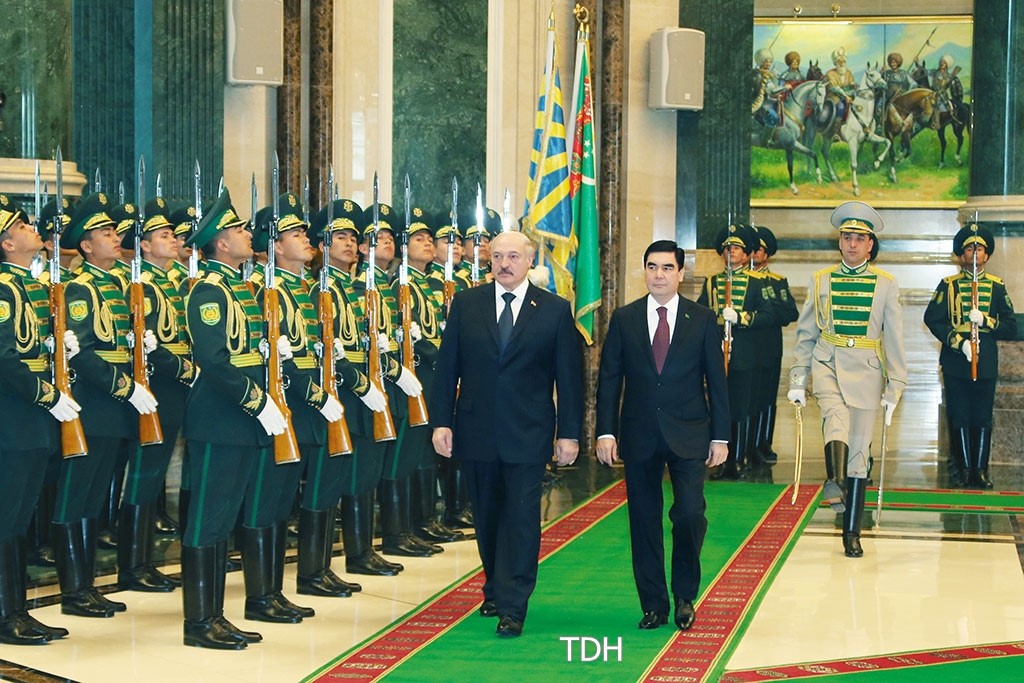 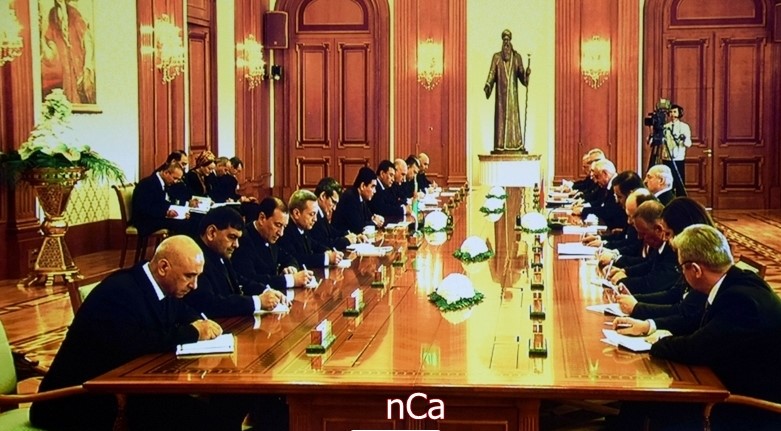 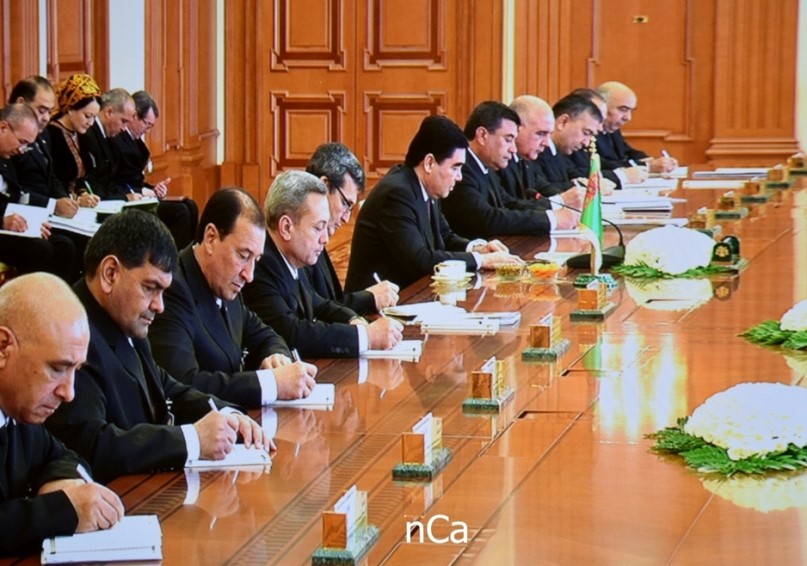 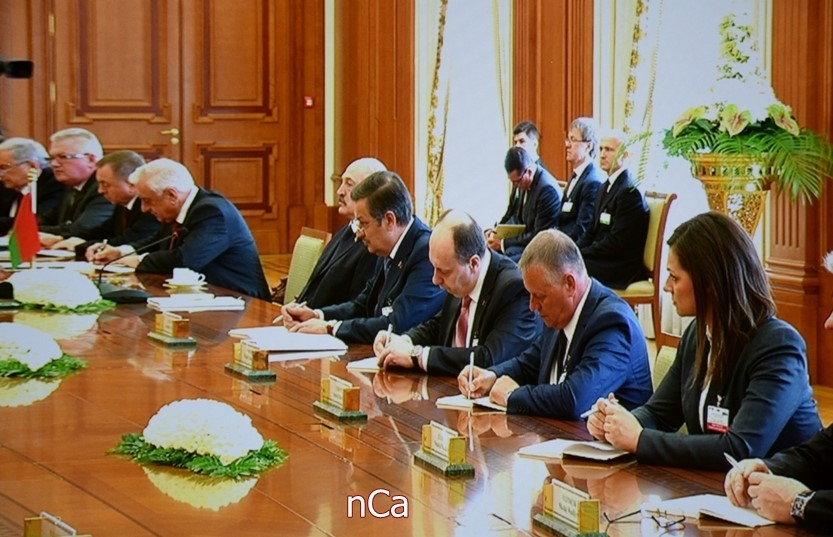 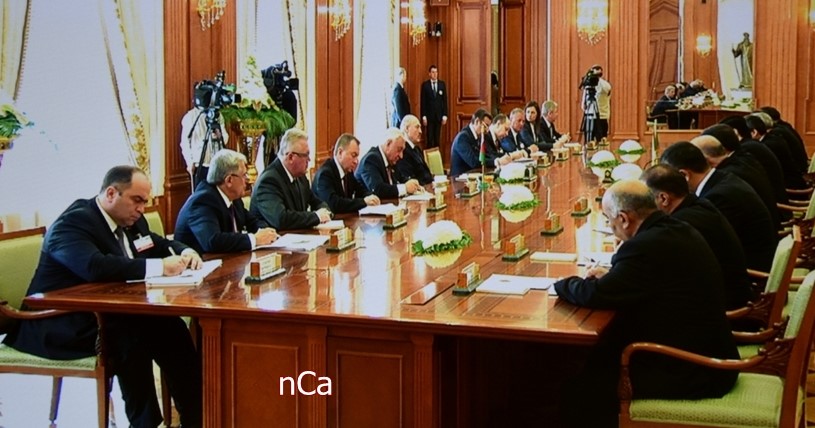 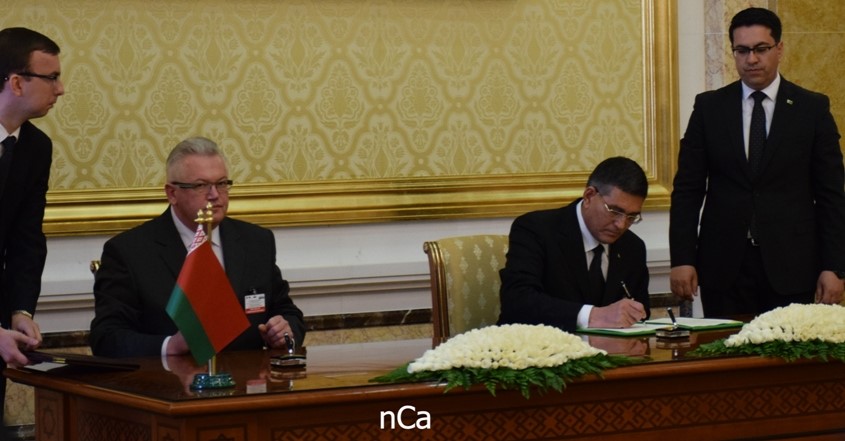 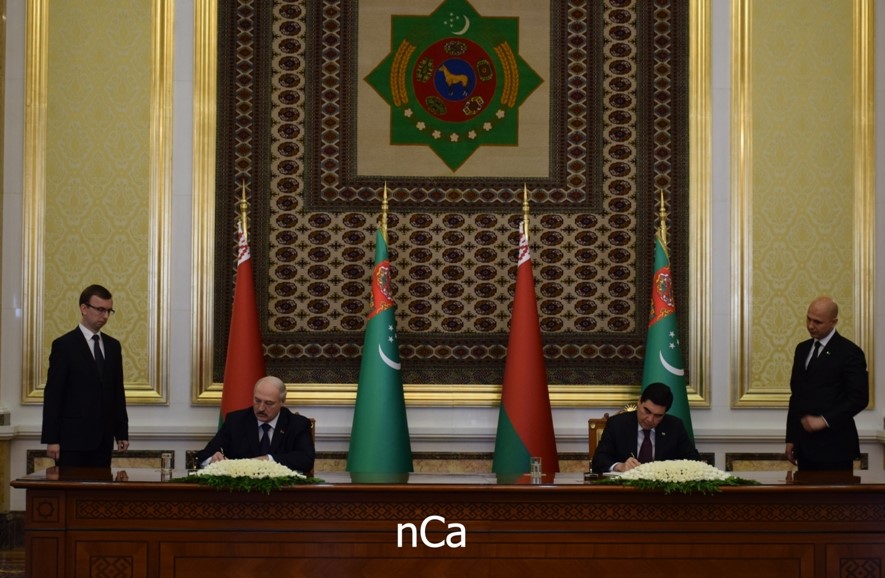 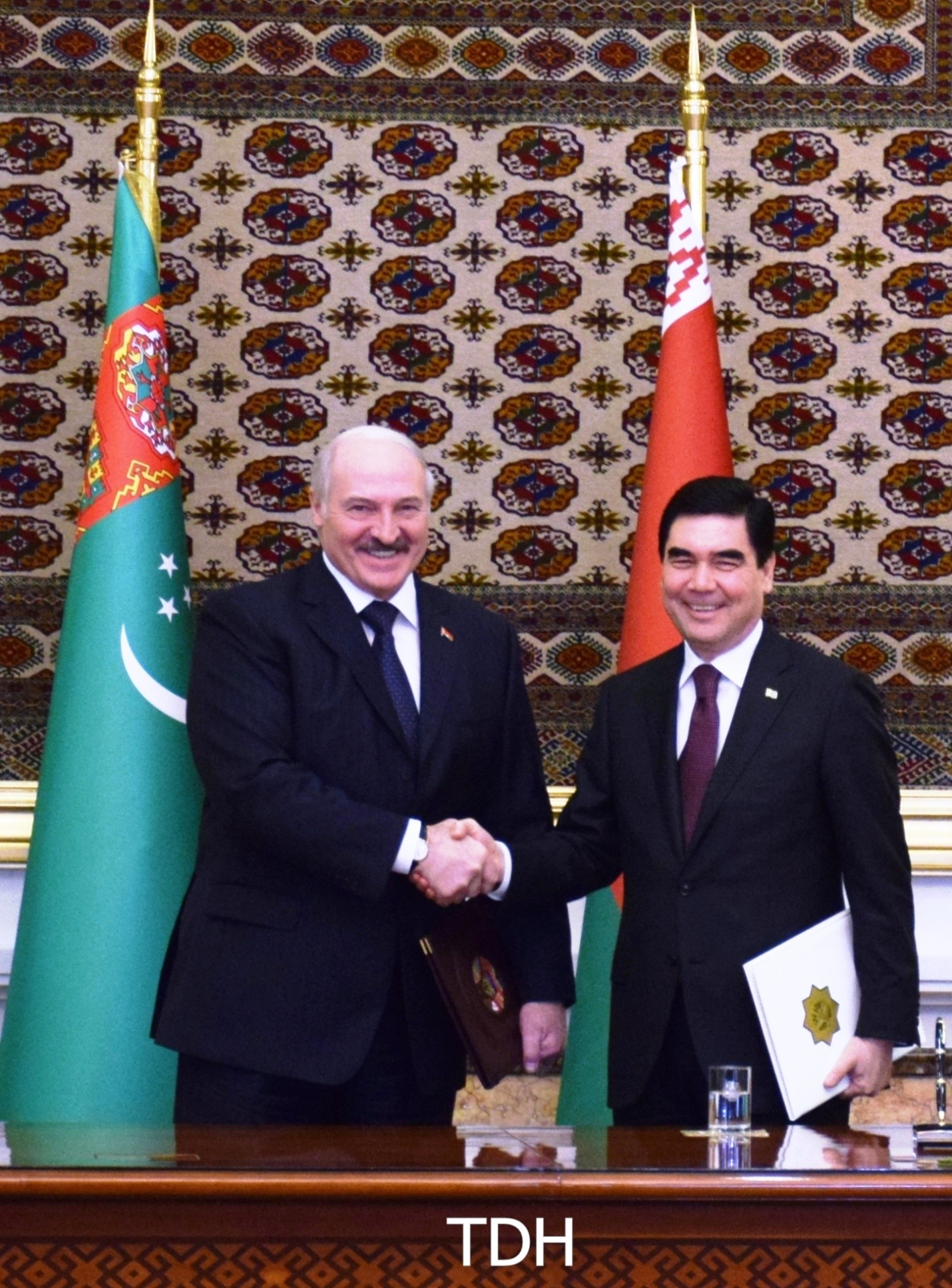 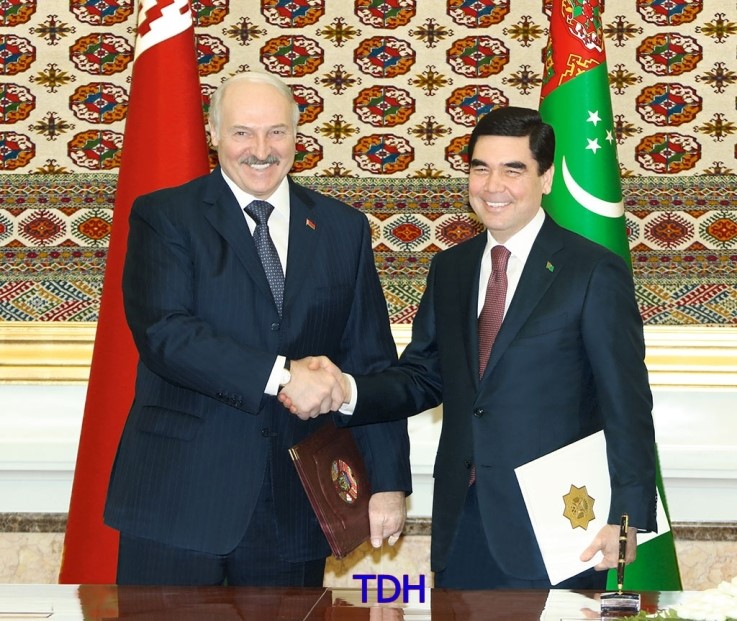 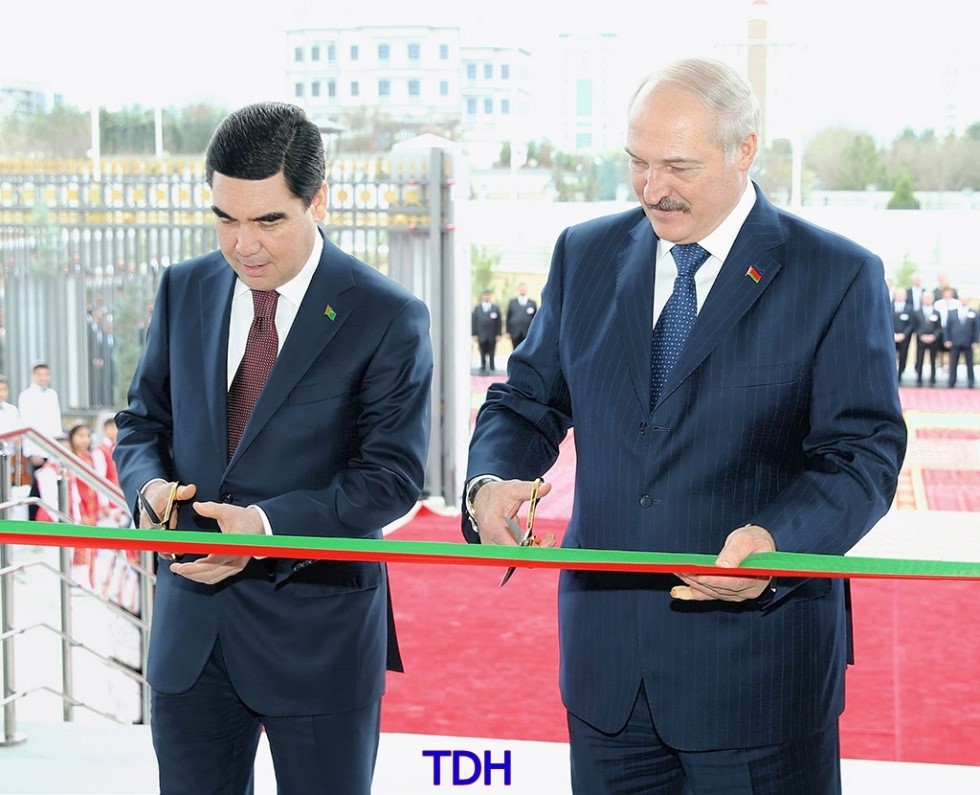 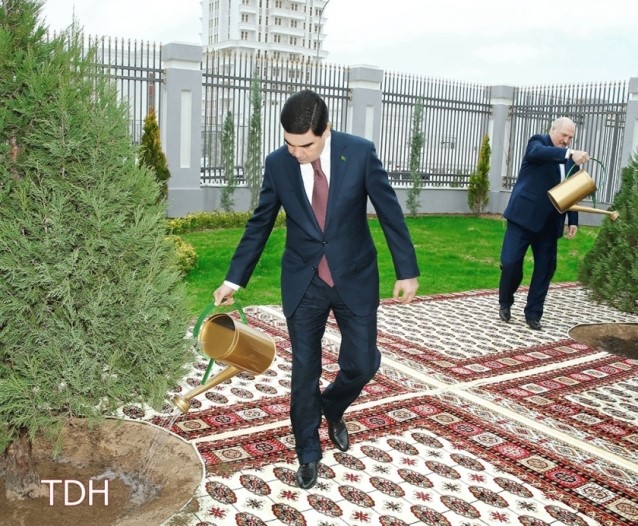 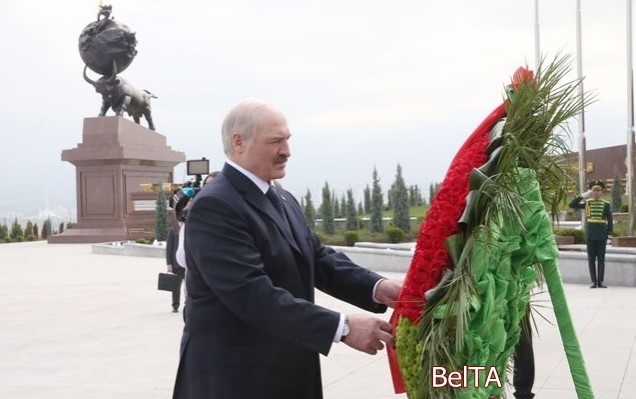