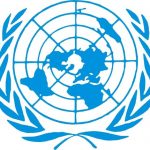 On 22 September 2016, in the framework of the second day of participation of Turkmenistan’s delegation in the work of the segment of high level of the 71st session of the UN General Assembly, the Minister of Foreign Affairs of Turkmenistan speaking from the tribune of the global forum, voiced the country’s positions on main directions of state policy aimed at strengthening peace and security, implementation of Sustainable Development Goals, resolution of climate change issues and problems of migrants, refugees and stateless persons.

It was announced about official adoption by the Government of Turkmenistan of goals, targets and indicators for SDGs. Thus, Turkmenistan became one of the first states that at the national level adopted the global indicators which will be used in developing and implementing state programs of social and economic development.

The delegation of Turkmenistan also held meetings with the UN Under-Secretary-General for Political Affairs, Mr Jeffrey Feltman and the UN Under-Secretary-General for Economic and Social Affairs, Mr Wu Hongbo. In the course of the meetings pressing issues of cooperation of Turkmenistan with structures of the UN system on preparation for the Global Conference on Sustainable Transport, joint activities on strengthening regional security and other important issues of partnership have been discussed. ///Ministry of Foreign Affairs of Turkmenistan