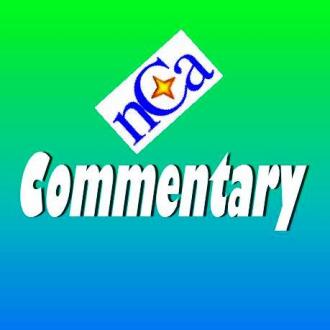 Ashgabat, 8 September 2016 (nCa) — Against the background of disasters occurring in the world economy, all countries develop and implement anti-crisis programs. The purpose of which is not just salvation in a crisis, but preparing for the future economic growth.

Most of the countries are trying to combine their own development with the processes of integration with their neighbors. The Central Asian countries show some fragmentation in this process, which doesn’t auger well for the otherwise bright future of the region.

The last quarter of a century has not been easy for Central Asia, indeed for the whole of the former Soviet Union. It is marked by the nationalization and then internationalization of the economy, attempts to streamline their economic policies and the desire to claim a worthy place in the ranking of the developed countries. All the countries of the region had tried to live and act independently, to be the masters of their own politics and economics. This has not been easy.

In the political sphere, the regional countries took the road to democratic development, human rights, right of property and other attributes of the civilized world. For some this process was painless while others were forced to go through a number of ‘color revolutions.’ The general outlines in any case were well defined.

The economic transformation proved to be the real challenge. Because of the failure of the existing model, they were forced to start right from scratch, including the creation of new trade relations with the neighbouring countries, moving laboriously. This, in fact, led to the fragmentation in the region.

Each of the countries sought to protect their sovereignty in the political sphere yet in the economic arena pursued economic partners and friends not from within the region but from far afield. This led to increase in the consumption and outflow of the raw materials from the region and the increasing dependence of the economies on the revenues from the raw materials. This path to ‘independence’ led to the creation of competing, overlapping industries that do not take advantage of the regional mix of labour.

Currently, as the economies in the region cross their milestones, there is the need to step up the building of a mutually beneficial regional economic integration.

The situation in the world is today is such that the Central Asian states need to work together in two areas, namely in the fields of economy and security. Even 10 years ago, the then-coordinator of the Friedrich Ebert Foundation in Central Asia and the Caucasus, Winfried Schneider-Deters noted that the countries of the region “need to establish a joint economic space and joint security space.” The five Central Asian countries – Kazakhstan, Uzbekistan, Kyrgyzstan, Tajikistan and Turkmenistan – have the potential to be a great force in world politics and economy.

The joint regional security mechanisms such as CSTO and SCO are evolving successfully, having conducted recently the joint anti-terror and military exercises. However, because of the situation in the region today there is the need to deepen cooperation in this field. This is especially important against the background of ever-increasing threats of religious extremism and the terror organization ISIS, whose forces are said to be gathering at the borders of Central Asia with Afghanistan.

Currently, the experts, in connection with the complication of the military-political situation in the southern part of the Central Asian region, propose to develop the concept of regional security of the Central Asian region. It should include the formation of a joint peacekeeping contingent of Central Asia under the auspices of the UN, which will include 6-7 peacekeeping Central Asian teams (the first combat legions of the Central Asian countries), combat troops, combat structures, technical and logistic support. The idea is to form a joint high command and headquarters of representatives of all states, provide them with the relevant UN Security Council mandate, and the UN Standby Arrangements System. The proposal envisages active involvement of all in these formations, including Turkmenistan.

As for the economic component of cooperation, it remains mostly in the form of bilateral cooperation. This fragmentation leads to a lack of a unified position on several key issues, ranging from the creation of a single energy field, and the environmental problems of the region as a whole. Thus, for example, the states in the region still cannot reach a common position on the issue of saving the Aral Sea.

It generally has a negative impact both on the competitiveness of individual countries and the region as a whole. And despite the fact that there are united “Interests”, Central Asian countries can successfully act as lobbyists for regional interests on the world stage. The region occupies the 9th place in the world in terms of area, is the most secure in energy resources and could take a leading position in the world. Moreover, Central Asia has significant land resources, while on the 10th place in agricultural potential and the volume of output. In the production of vegetables and melons, it is on 16-th position in the world economy, cotton – 5th, in numbers of cattle – 20th. It is clear that having such a scale, the Central Asia region could successfully act as a hub in the global food market.

Add to that the production capacity of all States, the co-operation prospects with a reasonable delegation of a number of production functions can be quite mutually beneficial.

In forming a single position, the region can act as a powerful player on the world political arena. Moreover, today the region is at the crossroads of geopolitical ambitions of a number of major powers: Russia, China, the United States and the European countries.

In fact, the idea of a Central Asian Union hovered for a long time, appearing just after the collapse of the USSR. Then there was the talk about the need for trade and economic integration, with the subsequent creation of a single economic space, and even a common currency.

But the delay in the process of political integration was complicated by some geopolitical clashes in the territory of some states in the region. In fact, today, on the basis of the EAEC the union of some Central Asian states is forming gradually, now on a much larger (geographically and politically) scale.

In EAEC there is the principle of the equality of the members but Russia is still the largest player.

Turkmenistan, being a neutral country, generally avoids membership of any economic or political associations, and Uzbekistan because of its geopolitical ambitions do not want to play on the sidelines of political unification. But countries in the region could establish their own association “with the same interests.”

Fortunately there is more than enough interest in joint measures. And the importance of the development of integration processes in Central Asia and the expansion of cooperation in the region on a multilateral basis, going beyond the scope of economic and trade cooperation is understood by all.

However, the creation of such a union of Central Asian countries should follow three principles: voluntarism, pragmatism and public support for these processes. Only in such case will the integration process continue. It remains only to overcome their own ambitions that put obstacles to the successful development of the countries and the region as a whole.