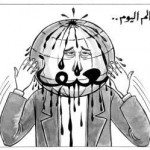 nCa Analysis Ashgabat, 3 July 2011 (nCa) — According to the spirit of the international law, NATO is now engaged in war of aggression against Libya. Whatever flimsy excuses it had for attacking Libya under UN Security Council resolution 1970, have disappeared after the passage of resolution 1973 and arming of Libya rebels by France. […]