On Thursday, 26 November, the French Institute under the Embassy of France in Ashgabat held online event to mark the International day of French language teachers.

The webinar, welcomed by the French Ambassador to Ashgabat Ms.Isabelle Guisnel, was attended by more than 60 people, including representatives of Makhtumkuli Turkmen State University, Azadi Institute of world languages, as well as representatives of International American school and the French school of Bouygues.

The leitmotif of the International day of French language teachers 2020 is digital technologies and their role in innovative methods of teaching French.

For this significant day, French diplomatic missions in Central Asia have prepared an extensive online program aimed at improving the skills of French language teachers in the region. The program included various presentations, webinars on distance learning and round tables, which featured the advanced teaching methods. In addition, each participating teacher is offered access to the Culturethèque, the digital library of the French Institute. 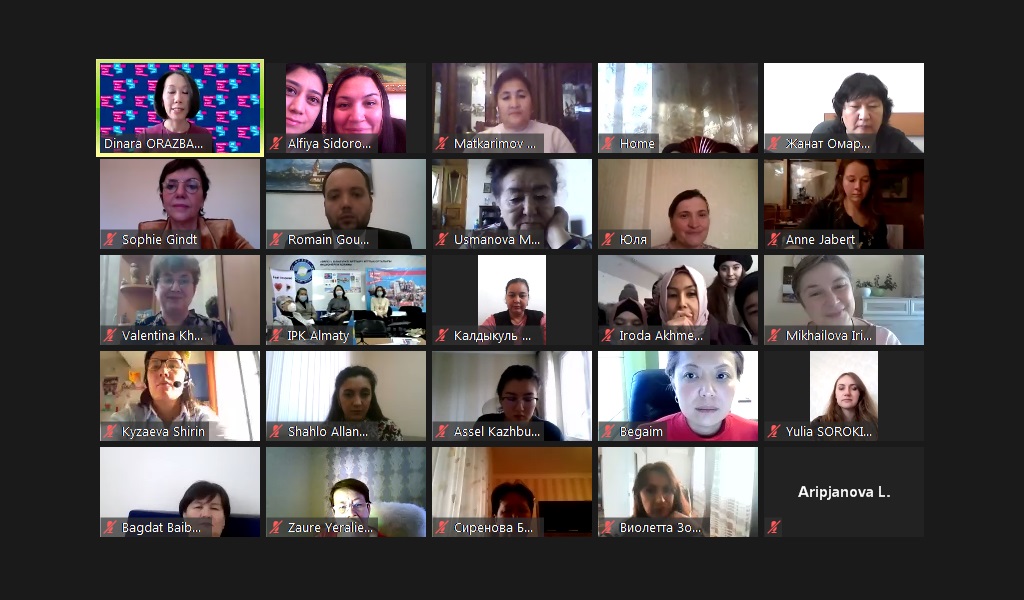 Today, there are about 300 million French speakers in the world. It is the fifth most widely spoken language on the planet, the third-ranked business language, the second language of international information, and the fourth language of Internet resources.

Some 747 million people are expected to speak French by 2070. ///nCa, 26 November 2020 (in cooperation with the French Institute in Turkmenistan)