On 24 March 2022, the French publishing house Presses Universitaires de Grenoble (PUG), in partnership with the French Institute of Turkmenistan, organized an online educational seminar for teachers of the French language of Ashgabat universities. 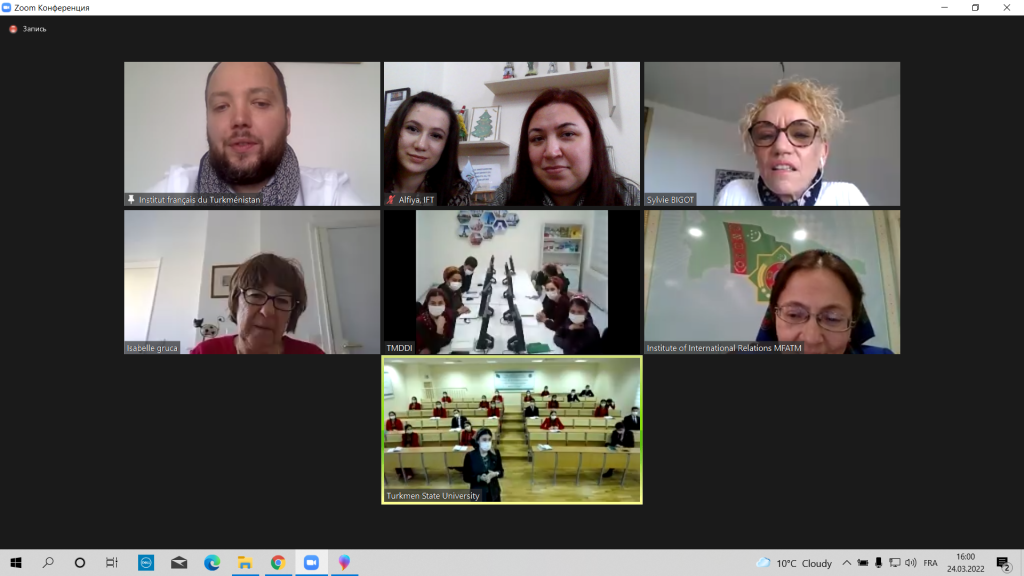 The seminar held by Ms. Sylvie Bigot, President of the PUG Executive Board, and Ms. Isabelle Gruca, Director of the Department of French as a Foreign Language, featured new teaching method “A vous!” (book + digital application), and the following topics were also considered:

– enliven the class with creative activity;

The meeting was opened by Ms. Isabelle Guisnel, Ambassador of France to Turkmenistan.

This online event was accompanied by the gifting textbooks by PUG Publishing house to the faculties of the French language of the Magtymguly State University, the Azadi Institute of World Languages, as well as the Institute of International Relations. /// French Institute in Turkmenistan