You are here: Home / Articles And Reports / Avesta: The priceless gem of our heritage

In terms of mankind’s journey to civilization and culture, Central Asia is in the same class as Egypt, Mesopotamia, China and India.

Evolution, in part, picks speed and adjusts direction when revolutionary ideas are embraced by large groups of people. In their own time, the Iliad and Odyssey of Homer, the Veda and Upanishad of ancient India, The Shahnama of Firdousi, the Confucian texts of China, and all the religious books had this effect. Avesta, the primary collection of teachings of Zoroastrianism had the same effect in Central Asia and Iran.

The point here is that the intellectual growth is the engine that pulls architectural and other material achievements.

Avesta is the common heritage of mankind. No doubts, it is not possible to investigate the history and get an assimilated picture without taking Avesta into account. The songs, odes, hymns etc. of the book constitute the essence of the uniquely vibrant masterpiece created by our ancestors over a period of 20-25 centuries.

It is considered expedient to start the Avesta investigation in two parts. One of its sections ‘Grand Avesta.’ consists of three parts. The first part is called “Yasna” (in Avesta language “Yaz” means “to read”). Yasna consists of 72 chapters.

They consider it necessary to recognize 17 chapters as created by Zarathustra and called Gats (gohs). The second part is called Videvdat (sometimes – Vendidat) and it means “Vi devodatem” (‘Law against giants”). This part of the book contains 22 chapters – fargars, and it includes, mainly, answers of Ahura Mazda to Zarathustra questions.

The third part is called Vispered (“Vispe pat vo” in Avesta language), and it means” story about all angels and goddesses”. This part is an addition to the Yasna chapters with Zoroastrianizm rites.

Besides, there is a special section which includes 22 yashts as the fourth part of Avesta, but it`s considered to be the “Small Avesta” golrifying different gods and goddesses.

Spiyityon Zarathustra is considered to be one of the creators of the Avesta sacred letters. Such point of view has been shaped during several thousand years for his genius as the first originator of the first world religion – Zoroastrianism – and incessantly wonders hearts and wisdom of mankind up to the present times. Even now the world community has not fully estimated the true worth yet, role and place of the one of the greatest of its sons in the historical progress.

Avesta would arguably have taken the foremost place here. It can be asserted that Avesta is the most ancient messenger of spirituality in the world.

Avesta has arguably exerted influence on Judaism and Christianity.

The grandeur and poetical might of the gohs of Avesta is in a class of its own.

L H Mills, one of the translators of Avesta says, “Where else can you meet such majesty and brilliance of human thought.”

The process of formation of the ideology as a foundation framework of a society that led to withdrawal of the seventh-century BC state of Ariyoshion (Khorezm) from deep political crisis to revival through the spread of the monotheistic teachings of Zarathustra is easily discernible in Avesta.

In the sacred writings of the Avesta the previously banned ideas of our ancestors` lives, lifestyles, customs and religious convictions and dogmas appear side by side with history, philosophy, religious, study, cosmogony, geography and medicine. In learning these and in fashioning the outlook of our young people it indeed holds the utmost importance for us, a great moral and educational value.

In this sense the Avesta is a sacred bridge connecting the past and the future, carrying our ancient ancestors’ profound ideas and first scientific conclusions to today`s generation. For our understanding of our own selves, with our deep faith and esteem for greatness, in the present day, the Avesta is incomparable moral and spiritual nourishment.

As the fatherland of Zarathustra`s holy Avesta, Khorazm declared the 2,700th anniversary of these priceless writings a holiday, a statement reinforced by decisions of the Court of Ministers of Uzbekistan and by the international organization UNESCO. 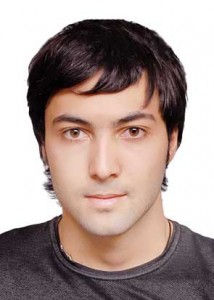 About the author: Shavkat Davlatov is a fourth-year student of history at the Termez State University, Uzbekistan. He is conversant in the Russian, English, Turkish and Uzbek languages.

He can be reached at atanatik_7997@mail.ru