Obama and Hillary are a perfect pair for deploying this strategy—she dispenses the warm smiles, while she uses her feminine wiles to push “humanitarian intervention,” while he often sports the determined grimace of a mafia “Don,” making backroom threats and offers which dictators dare not refuse.
The drive to win the pipeline wars for Central Asian blue gas and black gold makes use of every national and international asset to clear the pipeline corridor, connecting the Caspian to the Arabian Seas, eventually reaching the Pakistani port built by the Chinese at Gwadar.  The US plan has been to network its way into this New World Order.  NATO took a big first-step toward this new world when it created the “Virtual Silk Road,” a computer network which services eight of the CIS governments of the former Soviet Union (Armenia, Azerbaijan, Georgia,  Kazakhstan, Kyrgyzstan, Tajikistan, Turkmenistan and Uzbekistan).  NATO provides this network to Eastern governments as a service, creating for them a virtual domain over everything in their real domains.  This Western service operates from a central hub at Deutsches Elektronen-SYnchrotron (DESY) in Hamburg, Germany (at the home of one of Europe’s largest particle accelerators).  The Soros Foundation is one of the Silk Project’s backers.
It may be that the German angle is the key to unraveling this whole knot.  Germany seems to be a key-way for “Islamists” to integrate into Europe.  German Industrial giant Siemens has won the Turkmen state contract for electrification of the country, water distribution, Caspian oil exploration.
Germany could be considered to be one of the “nodes” in a greater virtual network, which provides the Empire real power to manipulate the world, using powerful nations (nodes) like Germany as tools to oversee lesser nations, such as those in Central Asia.  Turkey is another node.  Istanbul services the Empire’s need for local personal connections into the Turkmen culture, which stretches deep into Central Asia, all the way to Russia.  Turkey provides unique services, in addition to manufacturing and construction projects, Turkey helps by producing fake “al-Qaeda,” Hizb-ut Tahrir and even Chechen militants, who have been either recruited or arrested inside Turkey.  This militant recruitment circuit is used for funneling militant players into local Turkmen-based psyops.  Turkey also provides the ground troops of Fethullah Gülen’s “moderate Islamists,” who build Islamist-based schools in former Soviet territory, or work from homes to clandestinely spread the teachings of the “Nurcular” movement, which has been banned in Russia as extremist literature.  This provides perfect fertile ground for spreading the seeds of Islamist teachings and the widespread Islamaphobic reactions, which always follow.
It is the so-called “moderate Islamists” of Fethullah Gulen and Hizbut-Tahrir (both of which impart the teachings of Said Nursi) which represent the greatest danger of quietly radicalizing the young men of Russia and Central Asia.  Their manmade versions of Islam are intended to bend innocent, hungry minds, imparting a false set of ideological beliefs, full of triggering injunctions, that give believers a false sense of moral superiority and a hatred of all of those weaker souls (infidels) who dare to believe differently.
The following definition of that psychological danger is a judgment from the Moscow district court, which describes this psychological mechanism, taught in Nursi’s writings, called “Risale-i Nur”–

[Risale-i Nur] “attempts to influence the psyche of the reader subconsciously using mechanisms of religious belief, i.e. the formation of conscious values and convictions with an irrational basis…,the destruction of religious equality, expressed in the formation of a negative, aggressive attitude among its target audience towards adherents of other confessional groups…,propagandises hatred between Muslims and non-believers.”
This process utilizes the same triggering mechanism of religious guilt that has been used for many years by the Wahhabi and radical Deobandi leaders, to brainwash young suicide bombers all over Asia, and the Middle East.  The followers of Nursi follow a gentler approach, but they still motivate young minds with the same mission to defend their false beliefs, which have been methodically drummed into them, filling them with ideas of moral superiority and hatred for everyone who is different.  Once their conditioning is complete, they are given the triggering verses (which have been lifted out of context from the real Quran), confronting them with a moral choice, which they cannot escape—will they defend God, or will they surrender to their own sinful natures?

Excessive concerns about the dangers from the spread of these forms of pseudo-Islam may be premature, when there are real Islamic scholars, like Hoji Akbar Turajonzoda (SEE:  Tajik Mufti Who Sees Through Anti-Islamist Western Subversion, Targeted By Tajik Court) in Tajikistan, who very boldly speaks-out against these false belief systems. Turajonzoda is second-in-command of the Islamic Revival Party of Tajikistan.
“He has called Hizb ut-Tahrir, an international Islamist organization, a threat to Tajikistan’s stability.[4] He claimed HT is Western-sponsored and that it wants to “remak[e] Central Asia… A more detailed analysis of HT’s programmatic and ideological views and concrete examples of its activities suggests that it was created by anti-Islamic forces. One proof of this is the comfortable existence this organization enjoys in a number of Western countries, where it has large centers and offices that develop its concept of an Islamic caliphate.”
Hizbut-Tahrir is a British creation, a weaponized form of Islam, which has been passed on to the American Empire-builders.  The spread of this viral form of pseudo-religious mass-hypnosis coincides with a rapidly increasing Western-motivated wave of social unrest in the Muslim world and the rise of militant Islamists in the former Soviet space.
Middle Eastern countries like Saudi Arabia and the UAE serve as other nodes, which provide the destabilizing forces with unseen access in Sunni-dominant regions of South and Central Asia, such as Pakistan, where the Saudis spread dollars among the radical madrassas like “manna” from on high.  The UAE controls Shamsi air base in Jacobabad, Pakistan.  Saudi penetration into CA is understood to be primarily through the building of Sunni mosques and similar religious institutions (many of them allegedly Gulen schools), throughout CA, particularly in the Fergana Valley.  Saudi service to the Empire goes far deeper than these more obvious efforts, since the Saudis are the financial benefactors of most “Islamist” movements (except for the Shia ones), especially the ones which are active in Chechnya and the Caucasus.    Bahrain provides another kind of service in other areas, where there is contention or commerce between Sunnis and Shias, or in those countries bordering Iran, such as Turkmenistan.
The psywar for borderline states like Turkmenistan must plan around the special circumstances which are deemed to be matters of survival.  The current President of Turkmenistan, Gurbanguly Berdimuhamedow, as well as his predecessor, have maintained a strict neutrality for the country, even though Imperial wars raged all around them.  Any effort by CIA planners to bend the will of the “Hero of Turkmenistan” must not violate that neutrality, or it must at least maintain the appearance of neutrality.  That public appearance of Turkmen “neutrality” must be maintained, even after the presidential mind has been successfully twisted and he has secretly accepted Imperial domination.
According to the following article from the alternative Turkmen website, Gundogar, (SEE: Predetermined range of Turkmenistan), that goal has already been reached.  According to Turkmen author, Ruslan Babanov, Berdimuhamedov’s decisions may all be slanted, as he tries to accommodate his belief that a US/Israeli airstrike against Iran is inevitable.  Babanov contends that he is flying blind, trying to navigate the treacherous currents that are ebbing and flowing around and through his country, moving back and forth between two bitter “frenemies,” Russia and the US/NATO.
He therefore feels compelled to follow American dictates and to accommodate Israeli interests in his country.  This belief apparently causes him to accept Western plans for harvesting Turkmen gas, as the first stage in dominating all Central Asian gas and oil.  He wants to see his gas flowing towards Europe, if only because that is the Imperial demand being made on him. The author of that piece apparently agrees with my contention that the Turkmen President, like all the Central Asian dictators, will eventually turn to Russia, if the Arab Spring revolutions rise-up in their own neighborhood.  At that point in the game, they will fear being overthrown by the very real masses of protesters, more than they will fear a hypothetical American/Israeli strike upon neighboring Iran.
If the tables are turned upon the Imperial planners in that manner, and the political climate in Central Asia begins to resemble that which was recently witnessed in Kazakhistan, then Putin might see his Eurasian Union become a reality.
Until those tables are turned, Berdimuhamedov will have to maintain normal commerce with his heavily persecuted Shia neighbor.  The government in Iran is known to protest vociferously whenever this Turkmen tilt towards the West becomes apparent.   Once more quoting Babanov, the Chief of Staff or the Iranian Armed Forces, Major General Seyed Hassan Firuzabadi frames the Turkmen dilemma this way–

”We are taking all measures to limit the influence of the Zionists in the neighboring state of Iran, in particular, Turkmenistan and Azerbaijan.”

Peter Chamberlin anchors the Smashing Greater Central Asia series. He can be reached at therearenosunglasses@hotmail.com 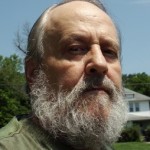 Earlier parts in this series:

Manufacturing Justification for the NATO Takeover of Central Asia–-Part I