You are here: Home / Articles And Reports / Exchange Student From Italy to Return to America After Being Wrongfully Accused — CSFES Approaches U.S. Department of State for Thorough Investigation 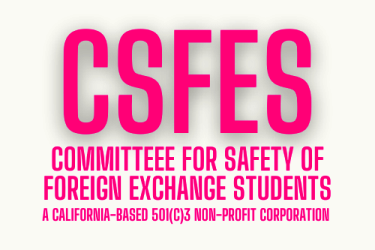 April 4, 2022 —  Lackawanna County Children and Youth Services was instrumental some years ago investigating the matter involving several exchange students from various countries placed in deplorable conditions in Pennsylvania.  The placement agency responsible for these placements was Aspect Foundation which is headquartered in San Francisco, CA.  Aspect Foundation is a designated sponsor of the U.S. Department of State and appears on the Council on Standards for International Educational Travel’s (CSIET) 2021-2022 Advisory List.
On March 24, 2022, the treatment of a 17-year old Aspect Foundation participant from Italy was reported to Western Prairie Human Services in Glenwood, Minnesota.  On March 18, 2022 at around 10:00 am, the Aspect Foundation exchange student from Italy was instructed by his host mother to eat two brownies that she had made.  Little did he know, the brownies were laced with marijuana.  He was then told by his host mother to take a shower and return the baggie that the two brownies were in to his host mother outside of Starbuck, Minnesota.

Upon showering, the student was met by Sheriff’s Deputy Andrew Peterson #610 of Pope County Sheriff’s Office.  The host mom called the Sheriff to her residence.  The young man, feeling dazed from the brownies his host mother gave him, learned that he was accused of having marijuana in his back pack.  It has not been determined why the host mom made the brownies laced with marijuana and why she later instructed the Sheriff’s to search his back pack and bedroom.
The U.S. Department of State issued Ticket No.: 427086 on March 25, 2022 after receiving a complaint about this matter from from a concerned citizen, Jennifer Jergenson, and assigned Case No.: 0000168285 on April 1, 2022.
The Western Prairie Human Services in Glenwood, Minnesota is also investigating the matter and in its correspondence dated March 28, 2022 stated, “The report did meet the definition of child maltreatment:  A Family Assessment has been initiated.”  The 17-year old Aspect Foundation exchange student from Italy was returned home in shame being wrongfully accused of possessing marijuana.  He is speaking out and has provided the Committee for Safety of Foreign Exchange Students (CSFES) detailed letters describing the events that lead to his repatriation back to Italy in shame.  He has just a couple of months to go to finish his schooling at Minnewaska Area High School located in Glenwood, MN.
The exchange student’s letters have been forwarded to Mark Howard, James Alexander, Elizabeth Dickerson, Karen Hawkins, Maha Ammar and Olga O’Neil of the U.S. Department of State, as well as Minnesota Attorney General Keith Ellison, Pope County Sheriff Office attention Sheriff Tim Riley and Deputy Sheriff Andrew Anderson, Western Prairie Human Services, the Office of Inspector General and the FTC.
Concerned citizens in Minnesota who believe this young man was wrongfully accused of possessing drugs and repatriated through no fault of his own have created a petition called ‘Justice for Ivan’ which, to date, has 5,628 signatures in the short time it was created.  A ‘Go Fund Me’ page was also created to help offset the costs to have this Aspect Foundation participant return to America from Italy to have the chance to prove his innocence.
Aspect Foundation has not responded to the telephone call left for Vivian Fearen at 7:52 pm April 2, 2022, nor the emails CSFES has sent.
The Italian agency WEP is responsible for sending this Aspect Foundation participant to the United States.  CSFES has sent emails to Veronica Grosso of WEP and has not received any response.  The student and  his parents have not received any word from WEP.
The following agencies have now been contacted about the Child Maltreatment of this young man:
1)    U.S. Department of State
2)    Minnesota Office of the Attorney General Keith Ellison
3)    Pope County Sheriff Office
4)    Western Prairie Human Services
5)    Office of Inspector General
6)    FTC
All are investigating why this host mother would make him brownies laced with marijuana which resulted in his early return home to Italy in shame.
CSFES and other concerned citizens in Minnesota are looking to the U.S. Department of State to allow this Aspect Foundation and WEP participant from Italy to return to America to prove his innocence.
This young man has been wrongfully accused of having marijuana which he vehemently denies.  It is unknown why the host mother would do such a thing, but CSFES looks forward to receiving a response from the U.S. Department of State learning this Aspect Foundation and WEP participant will be able to return to America.  /// CSFES
——-
CSFES is a California-based 501(c)3 non-profit corporation (EIN 43-2100110) advocating the safety, protection and well-being of exchange students around the world and was instrumental in the strengthening of the U.S. Department of State regulations for the protection of these young people.
CSFES raises public awareness and provides education related to the safety of exchange students to prospective and current, exchange students natural parents and school administrators, with a specific focus on educating exchange organizations and government agencies to ensure the protection of exchange students around the world.
Presently we are an all-volunteer organization advocating for the safety of foreign exchange students.
CSFES supports cultural exchange and is committed to the idea that every foreign student deserves a safe and memorable exchange experience.  We believe without reservation that while these sons and daughters are studying abroad, they should expect and fully deserve, to be treated as if they are our own.
More at website of CSFES – http://www.csfes.org/