You are here: Home / Articles And Reports / Nazarbayev – From Sultan to Elbasy – Relevance for a world facing Covid-19

Today is 1 December. This is the day of the First President of Kazakhstan, Nursultan Nazarbayev.

The political observers and analysts who focus on Central Asia are typically fascinated by Nazarbayev, and rightly so. As is said in the parlance of analysts, there is no dearth of material.

The epic voyage of Nazarbayev from Sultan to Elbasy is as spellbinding as any popular fairytale. He has prevailed against all odds, he has continuously evolved, and he knows how to stay relevant. Any portion of his journey, just any portion, is sure to inspire people.

However, the world is going through a very challenging period today. We are amidst the second wave of Covid-19. After this, a third wave is also predicted. We are still learning how to live with this menace. Some vaccines have been developed and more are in the final stages of testing but all of them will take a while to reach the stage of mass production. In any case, much more than just vaccines needs to be done to restore the normalcy of life.

This is the time to look at the life and achievements of Nazarbayev to see if we can learn something that will help us ease the passage through the scourge of Covid-19.

The boy who was born on 6 July 1940 to Abish and Alzhan Nazarbayev in zhailyau Alatau in Zailiyskiy Alatau was given two names: Nur and Sultan. This was the idea of his grandmother, Myrzabala, who had great faith in the future successes and achievements of the newborn.

The father of Nursultan, Abish, was a respected man, fluent in Kazakh, Russian, and Balkarian languages. In the Second World War he could not join the army because of the disability in his arm caused by a burn accident.

His mother, Alzhan, was from a family of religious scholars.

Nursultan in his childhood was called Sultan.

Because of the poverty, and also because of the harsh conditions of war and post-war period, the life was tough for little Sultan. 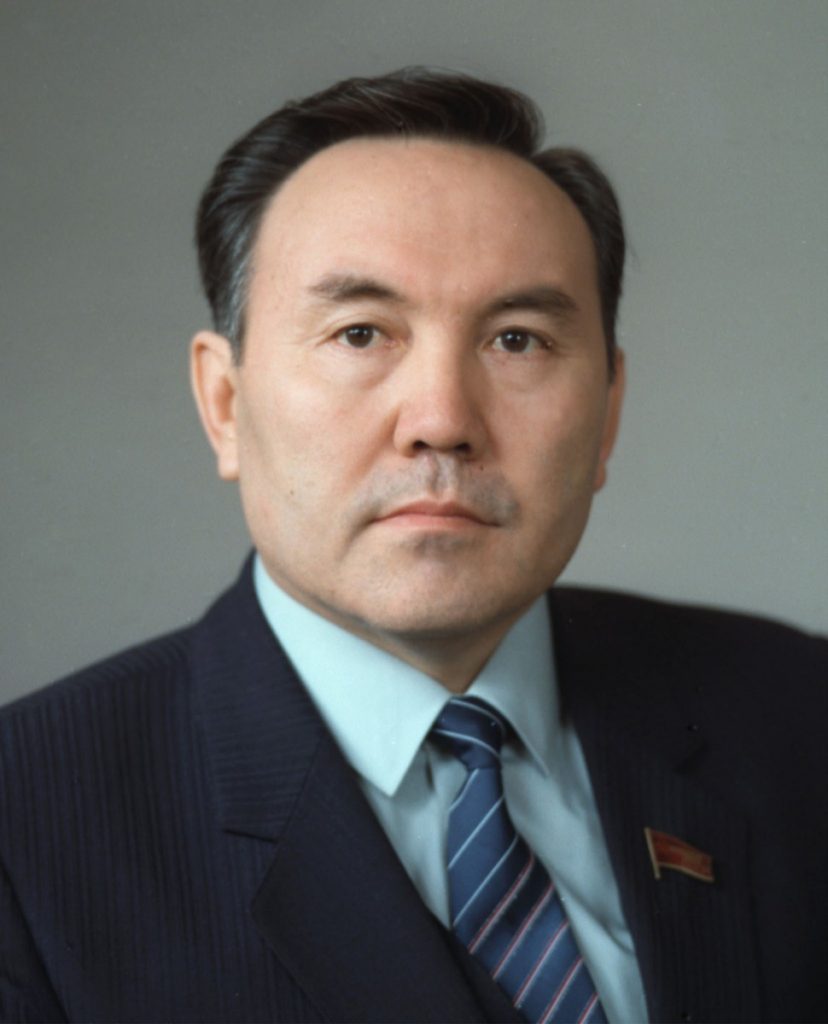 However, the childhood memories of Sultan are a mix of hardships of life, amply tempered by the love of his mother and caring attention of his father.

This is the first lesson for every family with children today – No matter how hard the conditions outside, the home should a a citadel where the children feel safe and loved. With Covid-19, the families are spending more time together at home. This is the opportunity to discover the potential of the children and help them prepare for the best use of their talent.

There is an additional lesson, this one not from Sultan but his grandmother, Myrzabala. Giving the little child two grand names – Nur and Sultan – the wise granny showed tremendous optimism, which definitely rubbed on the child.

Sultan’s father was always doing something. He was either busy in the chores or improving his linguistic skills. His mother also never sat idle. When she was not doing some work she sang in her melodious voice to her children or friends.

His parents taught by example that time must never be wasted. He learned that in the chase of life, time is always sprinting. You can only catch it by its forelocks, never by its tail.

It is for you to decide whether you want to ride it or let it pass by you. Sultan took this lesson to heart and never wasted any time.

This is especially relevant during the restricted movements because of Covid-19. Those who want to get ahead and stay ahead, must learn to use their time in new and innovative ways.

Another lesson Sultan learned in his early childhood was the magic of ethnic and religious harmony. Years later, he wrote in one of his books that no one among the boys remembered who you were – Kazakh, Ukrainian, Chechen, or German: “And how to divide, if a house of a Turk-Meskhetian was next to the house of a Kazakh family, and Bogdan, Richard, Oleg lived in the next ones …”

The boyish groups were divided only along the streets on which they lived. Such happened that one street fought with the other one. But friendship and mutual aid were a way of life.

The initiatives of Kazakhstan in interfaith harmony are mostly rooted in this childhood lesson of Sultan. The essence is that unnecessary provocation in the name of freedom of speech is not acceptable no matter how palatably wrapped in attractive rhetoric.

This is a lesson that needs to be doubly underlined today.

A world that is divided along the ethnic and religious lines is a world against itself. A divided world cannot deal with Covid-19 and other challenges.

Sultan was driven by the urgency of a sense of responsibility. He wanted to contribute financially to his family. That is why at the age of 18, after finishing the secondary school, he joined the construction site of a steel plant in Temirtau.

He simultaneously pursued higher education and became a qualified engineer in metallurgy while rising through the ranks at the steel plant. Some part of his education took him to Ukraine where he made lasting friendships.

This part of his life has a valuable message – feel your responsibilities and continues to develop yourself as you support your family. 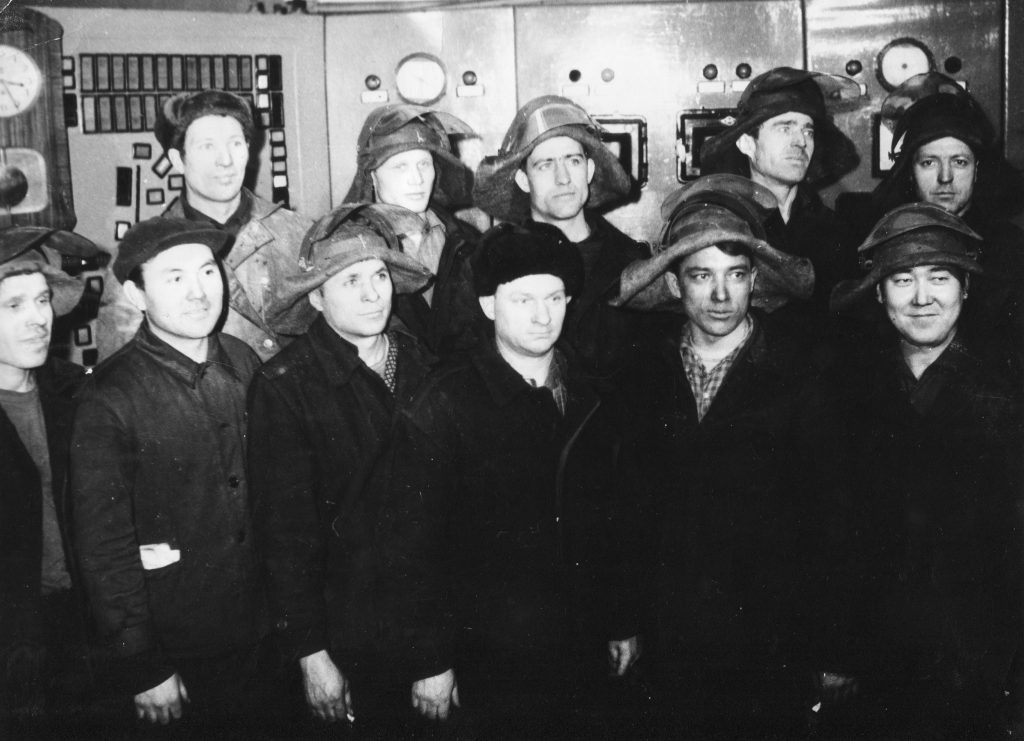 The world under Covid-19 is quite different from the world of Nazarbayev in his early days at the steel plant.

However, if we look at the real meaning, it is the same world except that the shape of opportunities is different but they are the same opportunities. In the environment of restricted movement and limited social interaction, we have the alternatives in the world of Internet where friendships can take shape and e-commerce provides the chance to make a better living.

The decisions in life must be driven by the sense of responsibility.

The Sultan of early years continued to build his body and develop his knowledge. He was also a natural conversationalist, able to relate with anyone and everyone at their own level. His circle of friends continued to grow.

He had, and continued to have, a phenomenal memory.

It was also there that he met his wife, Sara, who later earned a degree in economy.

Ambition is legless without passion. It goes nowhere.

On June 22, 1989, the Central Committee of the Communist Party of the Kazakh SSR elects Nursultan Nazarbayev to the post of the first secretary with overwhelming majority – 154 out of 158 votes. 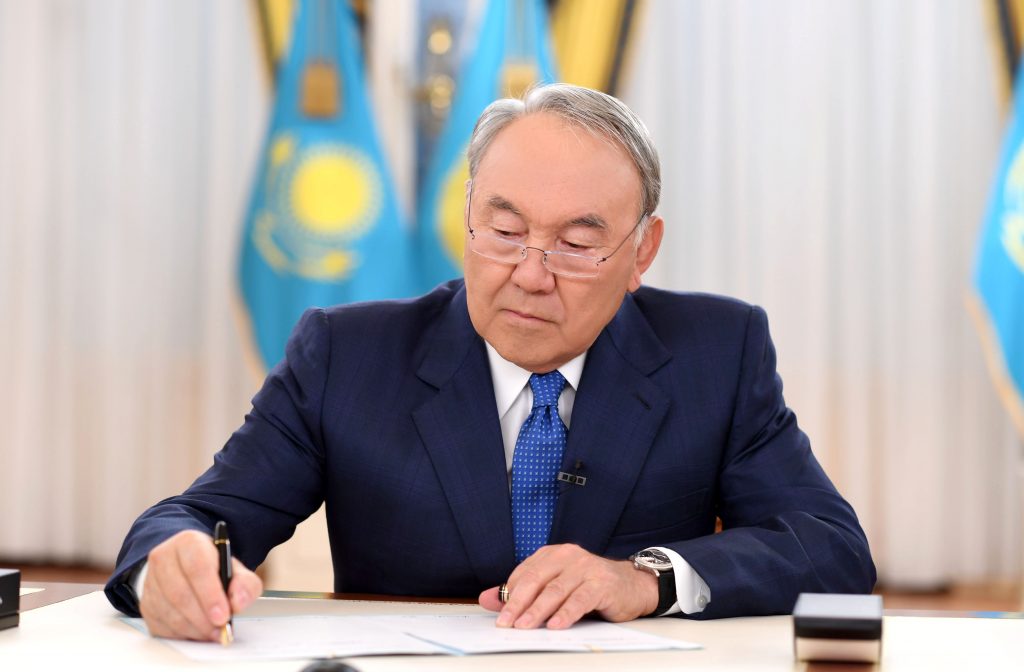 Whatever we give to the world, we get it back. Nazarbayev continued to make friends throughout his life, and he continues to do so today. He has the knack of establishing instant and lasting rapport.

As we go together through the travails of Covid-19, this is the approach that must illuminate our path of positive diplomacy.

A great feature of the personality of Nazarbayev is that he strives to fashion inclusiveness in every area of life.

As Chairman of Nur Otan party, in preparation of the 2021 legislative elections on 4 June 2020 setting the date of closed primaries to be held within the party he instructed for the party to include 30% of women and 20% of people under the age of 35 in its list.

In the face of challenges posed by Covid-19, we cannot afford to forget that inclusiveness has to be pursued vigorously; it doesn’t happen on its own.

There must obviously be the mention of the numerous milestones his country crossed during the presidency of Nazarbayev.

This is a very small list of the mindboggling array of achievements of Kazakhstan under Nazarbayev.

Nursultan Nazarbayev has relinquished the office of the president since March 2019 but his zest for life and the endless reserve of energy keep him immensely relevant today. 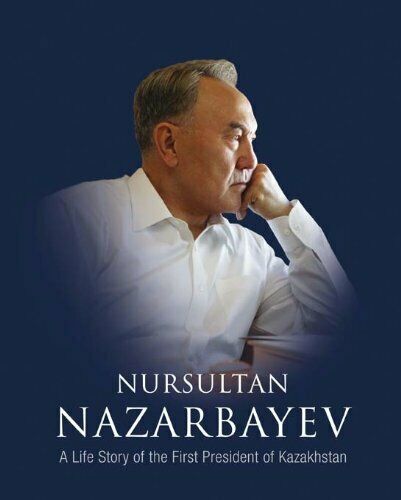 If you ask, what can one man achieve? Just look at the life of Nursultan Nazarbayev.