Home » Anti-terror conference held in Dushanbe in May 2018

The embassy of Tajikistan in Ashgabat hosted Wednesday (6 June 2018) a briefing for the diplomatic community and the media. Ambassador Farrukh Homiddin Sharifzoda, who conducted the briefing, dealt with the two main issues:

Ambassador Sharifzoda and his team provided ample material to make sure that both the issues were understood and appreciated in their proper context. 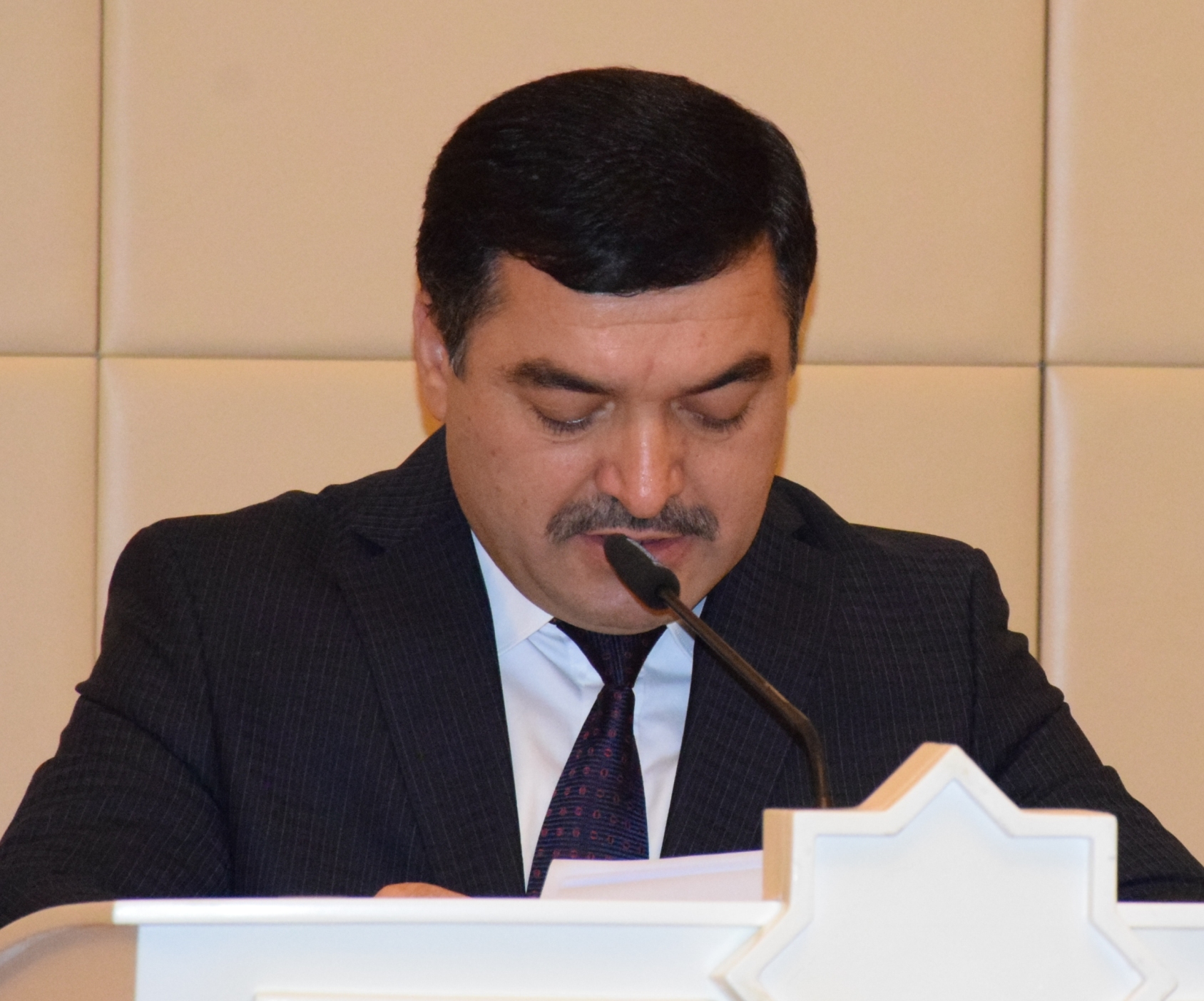 The international conference on ‘Countering Terrorism and Preventing Violent Extremism,’ which was held in Dushanbe, 3-4 May 2018, was organized by the government of Tajikistan in collaboration with the UN, OSCE, EU and the State of Qatar.

Dushanbe Declaration – the outcome document of the conference, underlines the importance of increased international solidarity and cooperation for countering the threats posed by terrorism and extremism worldwide.

It calls for adherence to the UN Global Counter-Terrorism Strategy and underlines the need to address all the conditions conducive to terrorism and extremism.

The Dushanbe Declaration, acknowledging the positive role of SCO, EU, CSTO and CIS, calls for exchange of information and experience across the Central Asian region.

The Declaration recognizes that terrorist and violent extremist groups exploit deep rooted grievances in situations of prolonged and unresolved conflicts, and asks for sustained efforts to resolve them.

The complete text of the Dushanbe Declaration can be found here:

President Emomali Rahmon of Tajikistan delivered a keynote address at the conference.

He pointed out that currently more than 100 countries were the target of devastating terrorist attacks. Just in Afghanistan, more than 4000 people were killed and 10000 injured in terror acts last year, said the Tajik president. He pointed out that 32% of fatalities and 53% of the injured were women and children.

President Rahmon said, “Sadly, today we witness that the strategic standoff has intensified in the world and we clearly notice the signs of secondary expansion of the cold war. This situation undermines the efforts of the international community to counter the global threats and challenges and negatively impacts the fundamental principles of the world order and system.”

He added, “In the current complicated situation full of contradictions, we need to operate rather than competing and attempting to dominate. – We need to foster cooperation based on trust, solidarity and close coordination between the security and law-enforcement agencies to achieve the expected outcomes in countering the threatening phenomena of the time being.”

The Tajik leader said that his country “became the target of destructive actions by terrorists and extremists with the support of its so called foreign supporters at the early 90s of the 20th century – as early as at the beginning of establishment of sovereign state. At that time international terrorist and extremist organizations transformed our country into the field of test of their deadly power and the target of their antihuman objectives. At that period Tajikistan faced all tragic events taking place in Iraq, Syria, Yemen and Afghanistan currently.”

Some insightful quotes from his speech:

“The history and harrowing experience of many countries, including Tajikistan witnessed that only cooperation and joint actions will make it possible to win in the fight against evil forces and global threats. However, sadly so far the International community has not unanimous position on definitions of terrorism and extremism.

“In my opinion, the double standards policy is not acceptable for effective countering terrorism and violent extremism and radicalization at all. In contrary, such a positioning leads to further geographic expansion of the unpredictable ways and forms of these dangerous threats, because terrorism and extremism neither acknowledge border nor they do state.

“This is the reason, currently the terrorist and extremist groups unite with radicalized religious and nationalist organizations and other criminal bodies and commit violence, murders, religious, race-based conflicts and even conflict of civilizations in various parts of the world.

“In this context, we are also clearly concerned that the terrorists and extremists misuse the sacred Islam to disseminate their Islamophobic ideas and promote hatred of Muslims.

“This way of discretization of Islam with more than 1.5 bn followers throughout the world decently contributing to the development of civilized world, may cause dangerous aftermath.

“Accordingly, to prevent Islamophobia, we need to expand the environment of trust, tolerance and mutual understanding between the societies and civilizations, which in its turn will increase our possibilities for countering the current threats and challenges.

“With this regard, I have emphasized many times and I would like to reiterate that the terrorists and extremists do not have any motherland, nation and religion.”

Highlighting the growing sway of the extremist ideologies, President Rahmon said, “[I]f previously representatives of almost 15 countries served as warriors for Taliban, now citizens of more than 100 countries joined and fight for the ISIS and other terrorist groups. According to the available information the number of warriors of the terrorist groups deployed in Iraq and Syria reached almost 100 000 and a part of them were killed within antiterrorist operations.”

He brought up the issue that is troubling many: “In this regard, a question comes to mind that where the rest of those warriors are and which countries and organizations they are in touch with? We are concerned that a part of them already returned to their countries or are on their way back home and they can cause threat in their own countries.”

He said, “In this regard, I would like to emphasize once again that it is impossible to win the terrorism and extremism through military actions only. In this process, we believe it is very important to constantly focus on the social aspects of the growth of this phenomenon.

“Poverty, unemployment, low level of literacy and social protection of population are among the factors urging people to go into violent ideas to seek for social justice. Accordingly, it is the requirement of the time-being that the advanced economies of the world need to pay more attention to support the needy countries in terms of necessary economic, financial and technological support within socio-economic programs.”

The complete text of the speech of the president of Tajikistan can be found here:

Statement of the Founder of Peace and National Unity – Leader of the Nation, President of the Republic of Tajikistan H.E. Mr. EmomaliRahmonat the High-level International Conference on “Countering Terrorism and Preventing Violent Extremism” (Dushanbe, May 4, 2018)