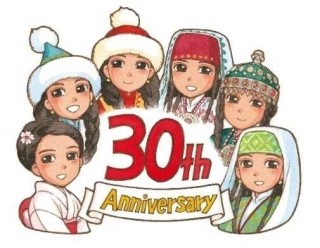 Within the framework of this Grant project, in order to more effectively learn the Japanese language, 3 classrooms of D. Azadi Institute will be reequipped and refurbished into a language laboratory for language classes using audiovisual materials, a simultaneous translation room with modern computers, projector, printers, etc. installed, as well as a room for Japanese language teachers.

This project is scheduled to be completed by autumn 2022.

Speech of Ambassador Hiroyuki Yamamoto of Japan at the Ceremony

Dear friends, First of all, I would like to thank the rector of the Azadi Turkmen National Institute of World Languages, Ms. KULIYEVA Maral, for participating in the Signing Ceremony of the Grant Contract for the Japanese Language Teaching Equipment Project.

The Azadi Institute of World Languages ​​is the oldest institute with the longest history of teaching Japanese in Turkmenistan. Since its opening in 2007, it has graduated about 100 Japanese language specialists. Graduates teach Japanese in schools and universities throughout the country.

Here, about 200 students are currently studying Japanese professionally under the guidance of about 10 Japanese teachers. One of which teaches Japanese in a language program on local television.

His Excellency President BERDIMUHAMEDOV shows great interest in spreading the Japanese language and widely encourages the public in the country to learn Japanese.

The Japanese language department at the Institute was also created at the initiative of the President.

We are pleasantly surprised and very pleased by the fact that the number of people learning Japanese in Turkmenistan has increased significantly over the past decade. I am deeply impressed by this trend.

Within the framework of this project, in order to more effectively study the Japanese language, 3 auditoriums of the Institute will be converted and renovated into a language laboratory – for language classes using audiovisual materials, a room for simultaneous translation, where modern computers, a projector, printers, etc. will be installed. , as well as an office for Japanese language teachers.

The project is planned to be completed by autumn this year.

We hope that you will effectively use this equipment and make a great contribution to the development of friendly relations between Japan and Turkmenistan.

Thank you for your attention! /// nCa, 4 February 2022 (in cooperation with Embassy of Japan in Turkmenistan) 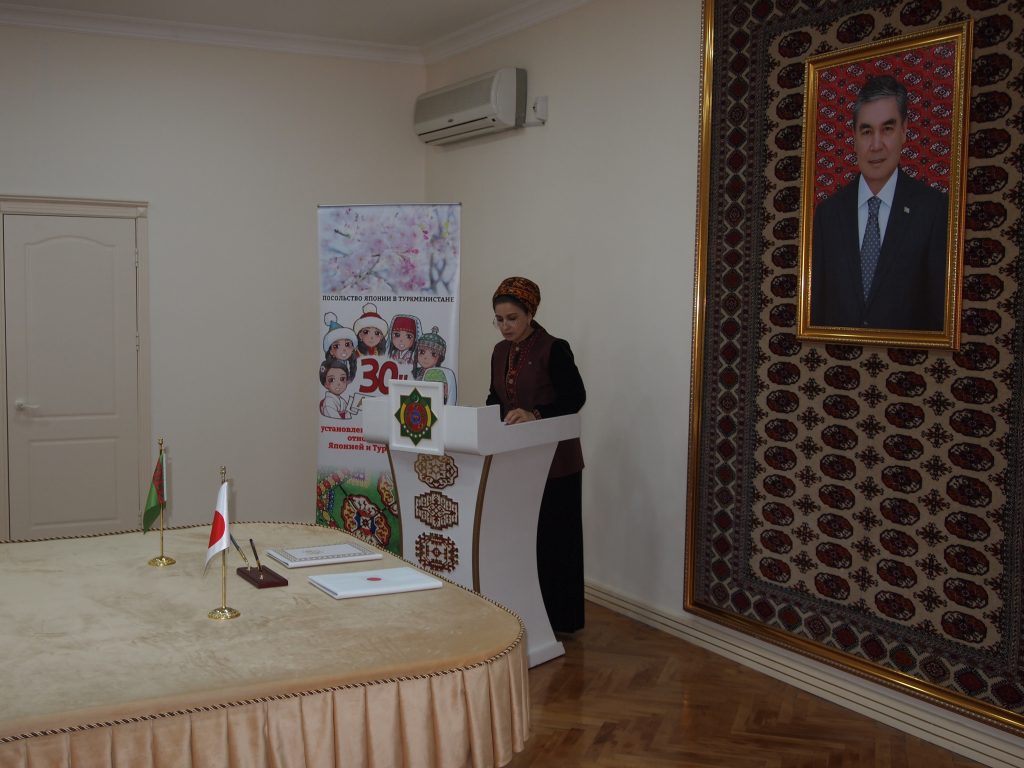 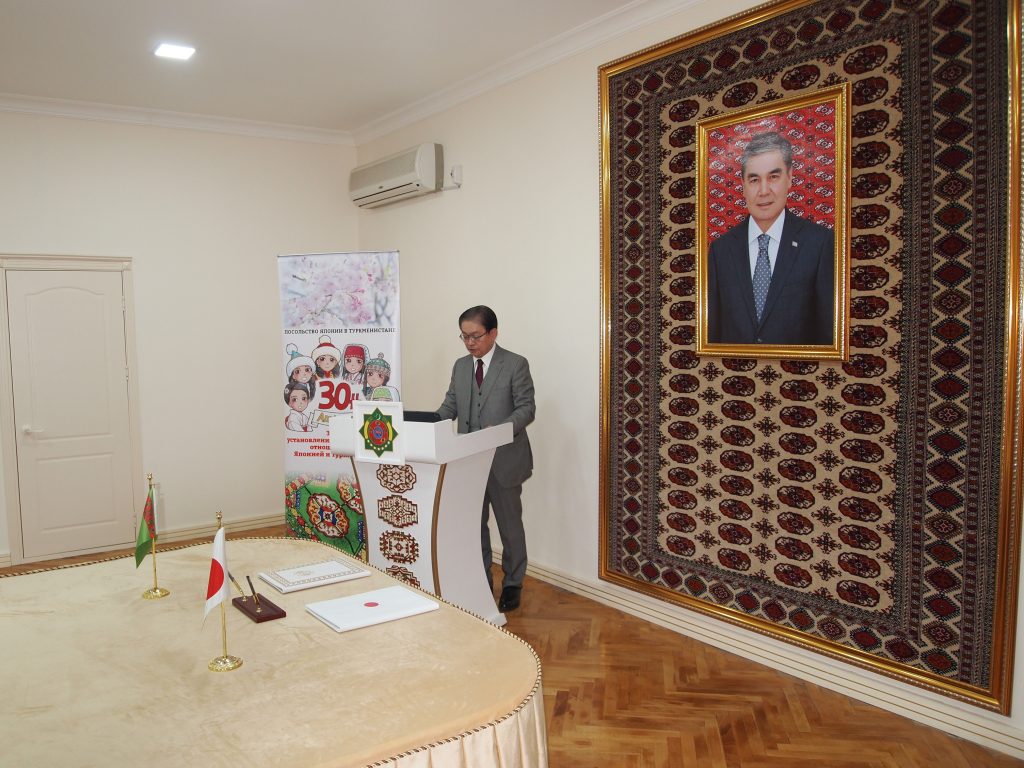 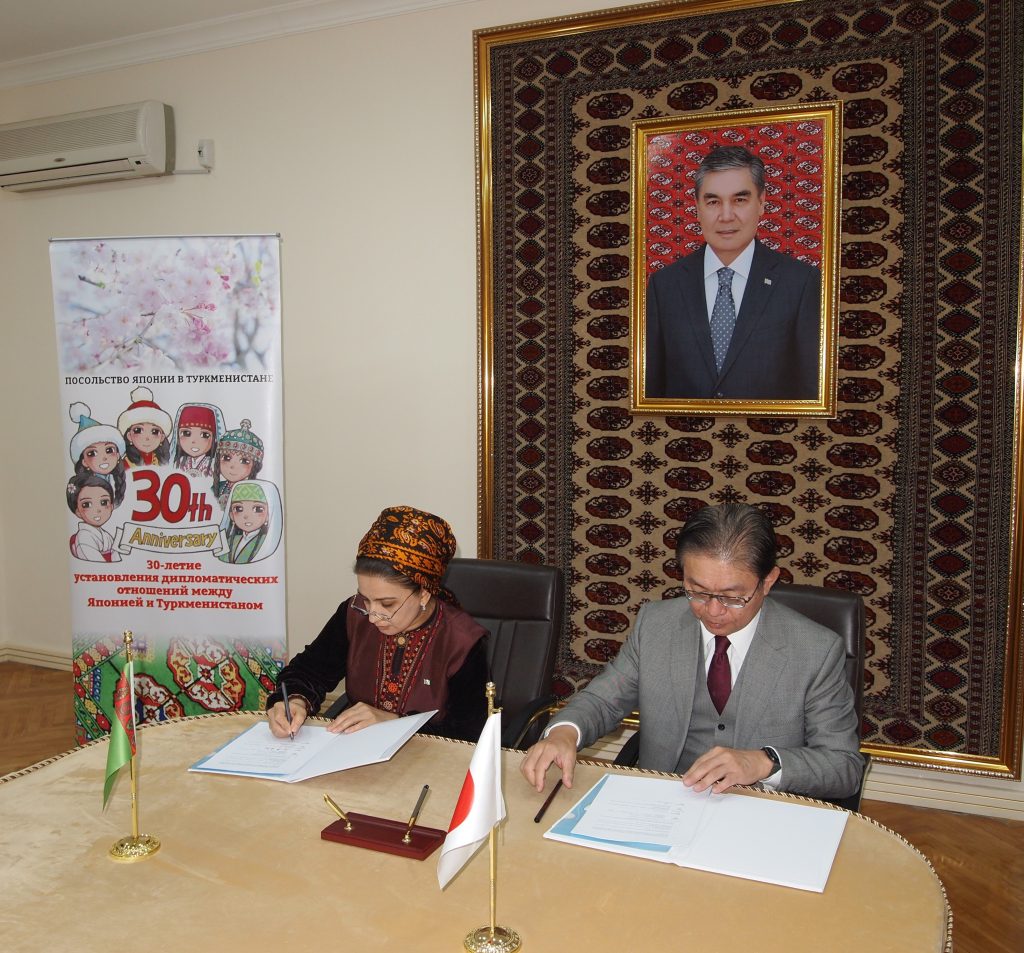 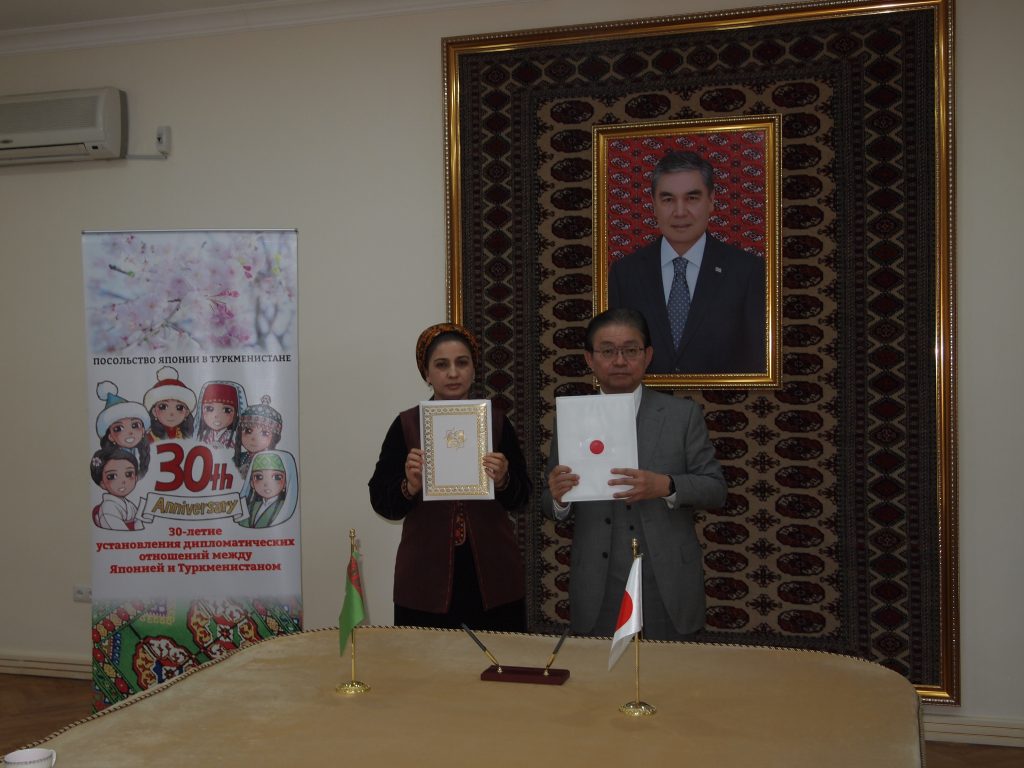