You are here: Home / Articles And Reports / Handover ceremony of broadcasting materials and contract for the Japanese serial TV drama “Gochiso-san” (“Thank you for the meal”)

On May 5, 2022, at the State Committee for Television, Radio Broadcasting and Cinematography of Turkmenistan, the handover ceremony of broadcasting materials and a contract for the Japanese serial TV drama “Gochiso-san” was held between Ambassador of Japan Mr. Hiroyuki Yamamoto and the Committee Chairman Mr. Arslan Ashirov. 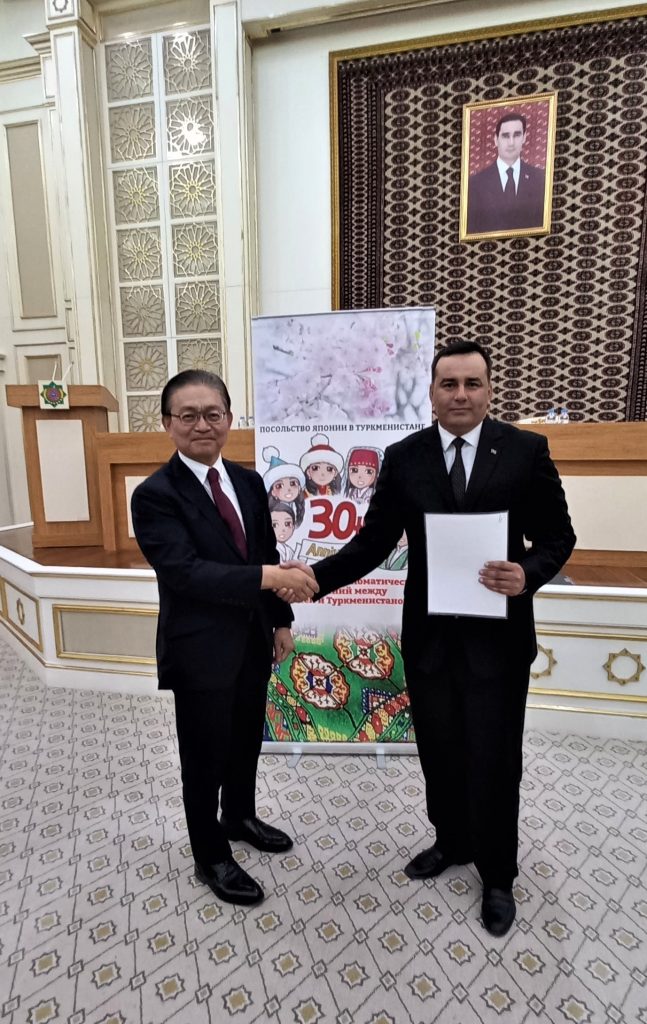 “Gochiso-san” is a popular drama that aired across Japan from 2013 to 2014 and widely received favorable reviews. Set in Tokyo and Osaka from the end of the Meiji era to the beginning of the post-war period, the drama focuses on the universal human theme of appetite and love. The title “Gochiso-san” is a phrase that Japanese people usually express by words or say silently to themselves after having a meal as a sign of gratitude. This year marks the 30th anniversary of the establishment of diplomatic relations between Japan and Turkmenistan, and this production, kindly provided by the Japan Foundation, will be broadcast on TV in Turkmenistan starting in this summer. We hope that as many people as possible will watch this highly evaluated drama. /// nCa, 6 May 2022 (in cooperation with Embassy of Japan in Turkmenistan)