You are here: Home / Articles And Reports / Turkmenistan – Visit of president to Mary province aims to reinforce basic self reliance

On Wednesday (10 June 2020) President Berdimuhamedov visited a grain farm and an agriculture enterprise in Mary province. The purpose was to appreciate and encourage the private farmers.

The president, who had earlier made a similar visit to the Lebap province, drove in the morning to the farm of Amanberdy Pursahedov in Veikibazar district of Mry province. 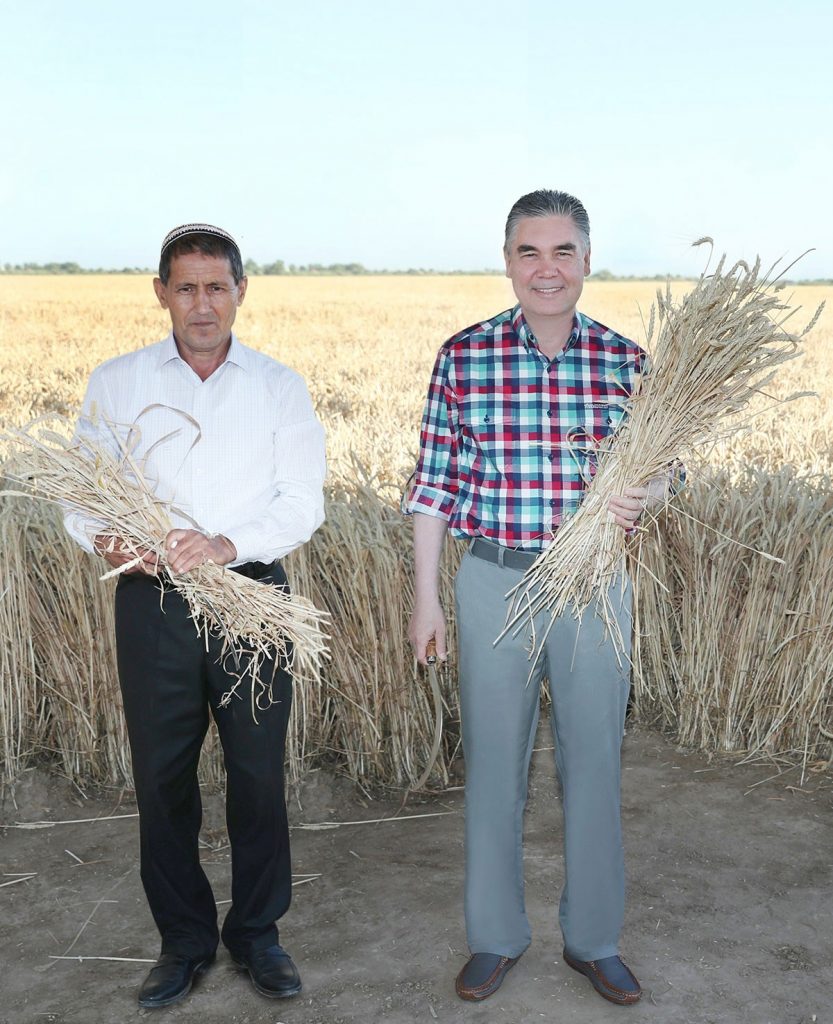 Pursahedov had sown Goşant variety of wheat on 25 hectares of leased land. The expected yield is more than 40 centner per hectare.

A center is 100 units of weight. Where the weight is measured in pounds, a center would be 100 pounds. In Turkmenistan, where the unit of weight is kilogram, a centner is 100 kg.

Goşant is a high yield variety of wheat that is disease- and pest-resistant and suited to the local climatic conditions. 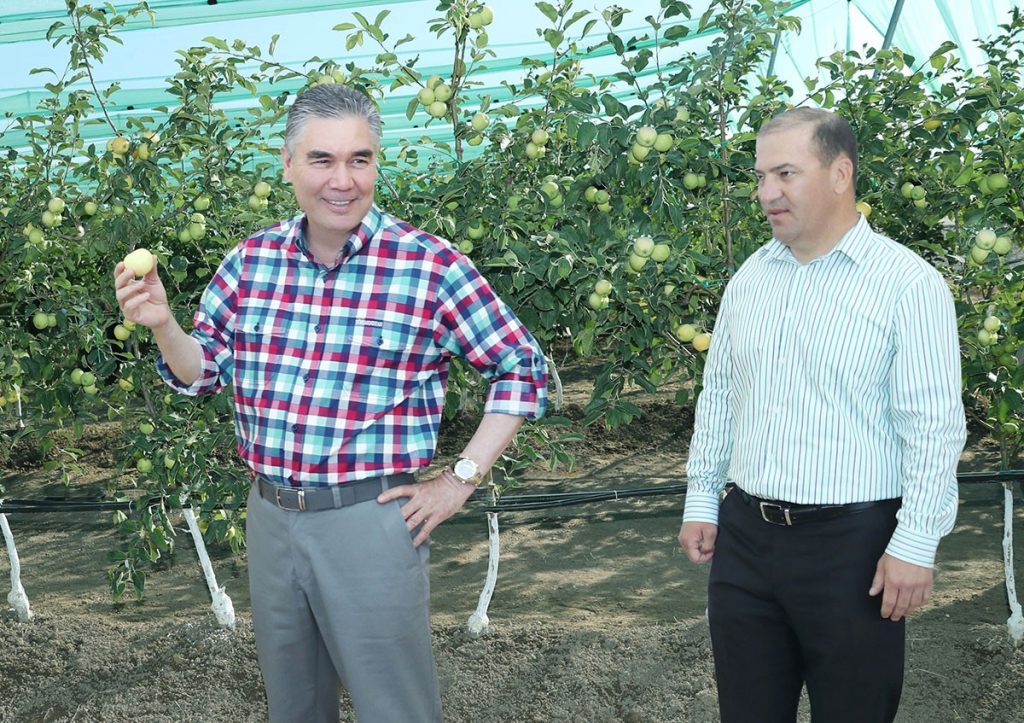 Pursahedov told the president that he also grows some fruit and maintains farm animals.

The president spoke to the women who had prepared the traditional Turkmen dishes for the guests.

After the farm of Pursahedov, the president drove to the agricultural enterprise Erkin Gurluşyk in the Oguzkhan district, which is owned and run by Toily Chariyev.

He is building a livestock complex on ten hectares of land. He already has a herd of 300 animals and plans to raise it to 750 animals by the end of the year.

His vineyard, orchards, and vegetable and melon patches are spread across 300 hectares.

Apple farming is the specialty of Chariyev. He restored saline land in 2017 to start growing his apple garden.

About 50 people are working on the lands of Chariyev and with the growth of business the number of employees will increase to 150.

Later on Wednesday, the president returned to Ashgabat.

President Berdimuhamedov visited Lebap province on Tuesday and Mary province on Wednesday. He interacted only with the private farmers.

It is important here to give a quick look to the concept of basic self reliance.

The basic self reliance means that in case of an unusual situation such as a pandemic when a country is cut off for a prolonged period from its neighbours, when the means of cross-border transportation are limited, there should be adequate supply of food and medicines from local sources.

The basic self reliance does not promise luxury. It is certainly higher than the survival mode but the choices of the people will be limited to what their land can grow and how their entrepreneurs can turn it into processed and value-added products.

In this pandemic situation – and there is no telling how long will it last – the priority of the governments everywhere including the government of Turkmenistan is to ensure the basic self reliance.

It is important to note that by encouraging the private sector, the government of Turkmenistan doesn’t plan to walk away from its commitments. Some form of public-private partnership will continue for as long it is necessary. In addition, the government, through its own entities and outlets, will keep on supplying the food essentials to the population.