Ashgabat, 12-13 February 2017 (nCa) — Presidential elections in Turkmenistan were held on Sunday (12 February 2017). According to the tentative figures released by the election commission, the voter turnout was 97.27%.

The polling started at 7am and closed at 7pm.

There were 9 registered candidates including the incumbent president, Gurbanguly Berdymuhamedov.

Journalists in two separate groups were taken to several polling stations. The first stop was polling station 48 of constituency Ashgabat 1, where Berdymuhamedov and his family are registered voters.

After casting the vote, GB spoke to the media. Here are the main points of his remarks:

Here is the data and some pictures: 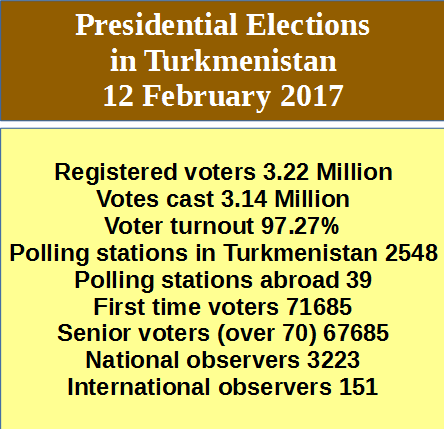 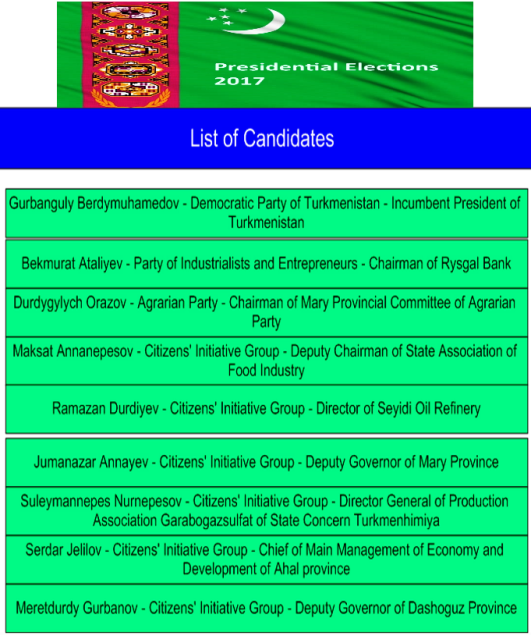 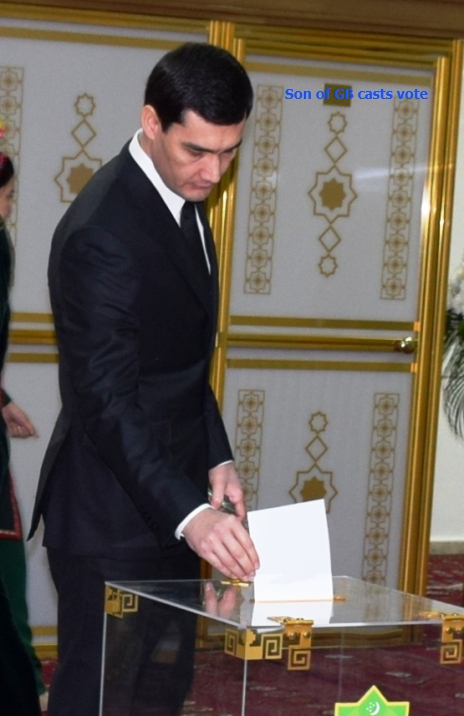 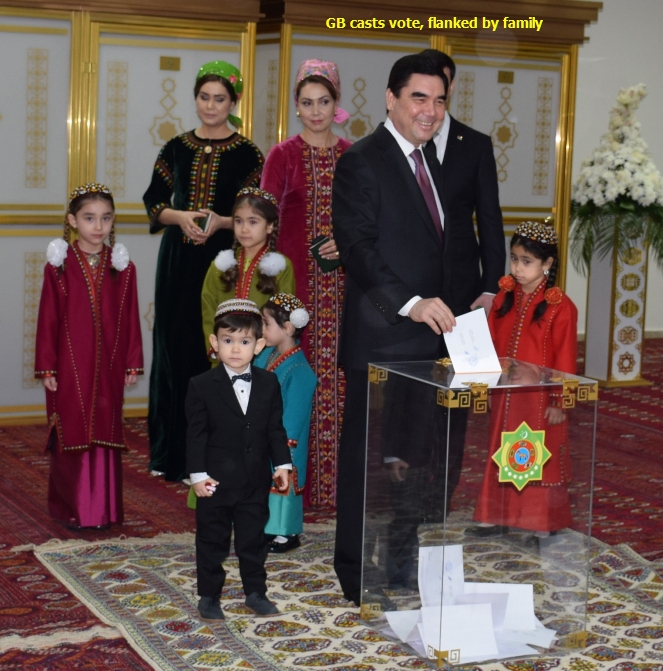 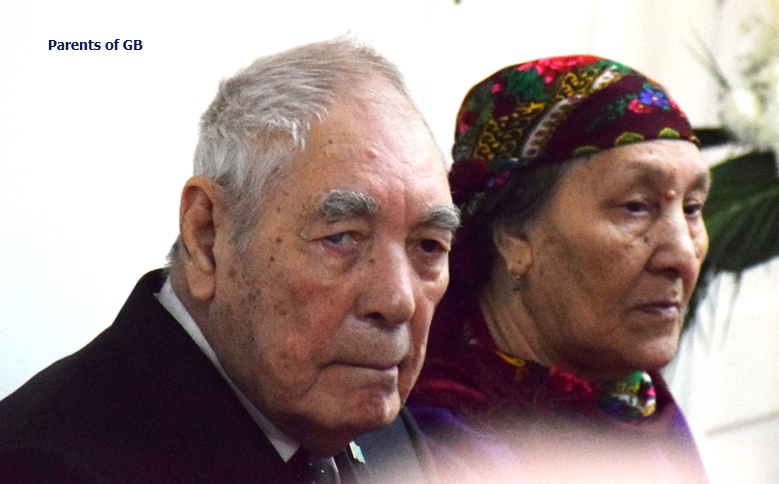 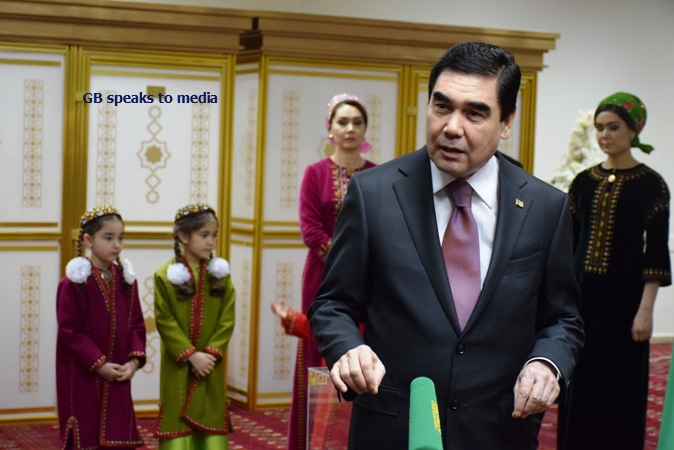 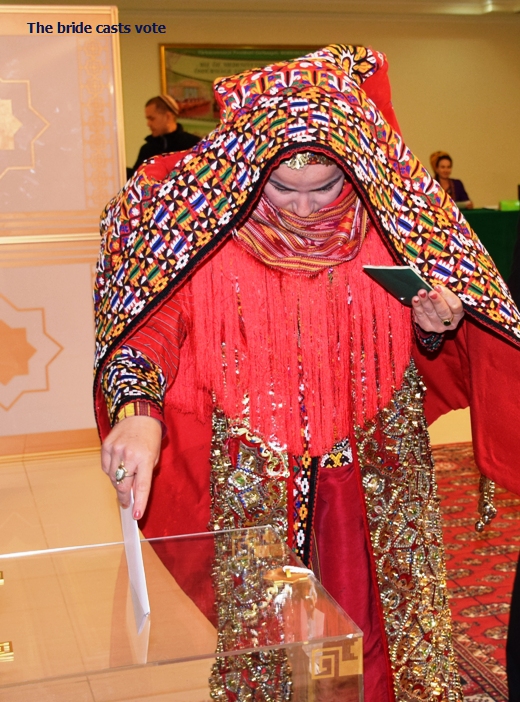