Home » What efforts is Turkmenistan making to protect the ozone layer and effectively manage waste?

In July, UN in Turkmenistan hosted a joint working meeting of ministries and departments of Turkmenistan, as well as national experts, participants in scientific and technical projects aimed at institutional and technical support for state policy in the field of environmental protection, climate change, and the preservation of the ozone layer.

According to the Neutral Turkmenistan newspaper, the meeting consisted of two parts – discussing the preparation of an institutional regulatory framework in the waste management sector, as well as the country’s fulfillment of international obligations under the Kigali Amendment to the Montreal Protocol on Substances that Deplete the Ozone Layer. 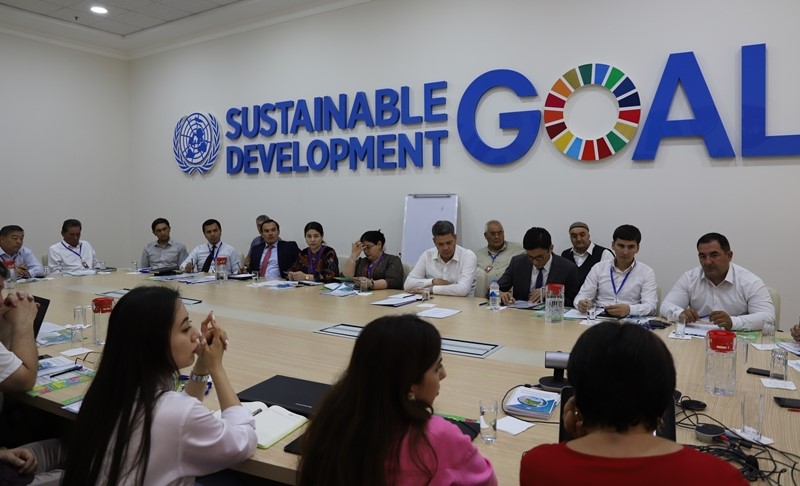 In particular, information was provided on the preparation of a regulatory framework – a waste classifier, classification codes and hazard criteria, by-laws to the Law of Turkmenistan “On Waste”, as well as a draft concept of the future state strategy in this area.

According to the waste specialist of the project of the Ministry of Agriculture and Environmental Protection and the UNDP “Sustainable Cities “Jemal Durdykova, seven by-laws have been developed to the Law of Turkmenistan “On Renewable Energy Sources”, and three of them have already been adopted. The next step is working out of a new law on energy efficiency and energy conservation.

The government regularly purchases equipment for servicing container sites in residential areas of the city, as well as solid waste landfill of 150 hectares located 35 kilometers away from Ashgabat. A waste recycling plant is also operating. Recently, Ashgabat received 120 German-made “Man” cars of various utility profiles, as well as garbage containers.

The Nature Protection Society of Turkmenistan continues the campaign “Sapling – for 9 kg of plastic”, which has expanded in the country for several years, increased the waste collection of three fractions from hotels and schools, construction sites of some companies with which appropriate agreements have been concluded.

The flagship branch of Turkmenistan’s economy, the oil and gas complex, is also joining efforts to effectively manage waste. Thus, the “Turkmen oil” State Concern maintains a full-scale process of reducing associated gas losses at oil fields in the Lebap, Mary and Balkan provinces. The casing-head gas is collected and delivered for processing. Such experience has been extended on more than half of the mining areas.

The private sector contributes much as well. According to the deputy head of the industrial department of the Union of Industrialists and Entrepreneurs Khoja Alovov, the number initiators of the recycling of automobile tires, plastic, waste paper is growing in the private business environment.

Researcher of the Center for Public Health and Nutrition of the Ministry of Health and Medical Industry of Turkmenistan Aina Atayeva supported the idea of the separate collection of food waste, prevention of food losses.

The head of the Production and Technical Department of the Ministry of Energy, Enedjan Kanayeva, briefed on the modernization of the industry as a contribution to reducing energy losses.

In general, the participants of the meeting talked about the development of sorting infrastructure, starting with households, the reclamation of landfills, monitoring their condition, the organization of reception points for such specific waste as a car battery, etc.

During the second part of the meeting devoted to the protection of the ozone layer, the country’s compliance with international obligations under the Kigali Amendment to the Montreal Protocol on Substances that Deplete the Ozone Layer was discussed.

In an effort to protect the ozone layer of the planet at the global level, the so-called ozone-depleting substances were removed from circulation at the beginning of the century.

The last of them – regulated R-22 is now used by quota. Its import to Turkmenistan, as well as to other countries, is strictly regulated.

Speaking at the meeting, the representative of the Ozone Center, Myakhri Saparova, said that Turkmenistan will freely purchase hydrofluorocarbons (HFCs) until 2024 up to reaching the peak of their saturation and consumption in the country. Then their import and use will be gradually decreased.

Currently, the transition to alternative substances is underway all over the world, including in Turkmenistan. These are hydrofluorolefins, ammonia – only for industrial installations due to its toxicity, carbohydrates, isobutane, carbon dioxide, etc.

“To help implement the Kigali document in the country, it is planned to develop a strategy and a plan to step-by-step reduce hydrofluorocarbons (HFCs) consumption, conducts institutional updates, create an educational center for refrigerators of Turkmenistan, where experienced specialists will be retrained,” said Angela Gazieva, an employee of the Ozone Center.

In the future, it is planned to prohibit the destruction of spent freons so that such substances can be extracted, cleaned, recovered and reused.

Turkmenistan ratified the Kigali Amendment to the Montreal Protocol on Substances that Deplete the Ozone Layer in 2020. The amendment is intended to limit the use of HFCs, which have a high global warming potential. The implementation of this amendment will help prevent global warming by 0.4 degrees Celsius by 2100. ///nCa, 10 August 2022