Home » Turkmenistan: Revitalization of a Nation through Education

Ashgabat, 2 September 2016  (nCa) — In the journey to lasting greatness, you need to pack just two items in your knapsack: The courage to dream with open eyes, and the unwavering resolve to turn that dream into reality.

The dream has been dreamed and the resolve has been mustered. Turkmenistan this Thursday took another decisive step toward greatness when President Berdymuhamedov cut the ribbon to open the first university of the country dedicated to hi-tech and innovation.

The Turkmenistan University of Engineering and Technology named after Oguzkhan, built by the Turkish company 5M Inshaat with price tag of USD 130 million, is designed to serve as the incubator for the young scientists and academics of Turkmenistan. 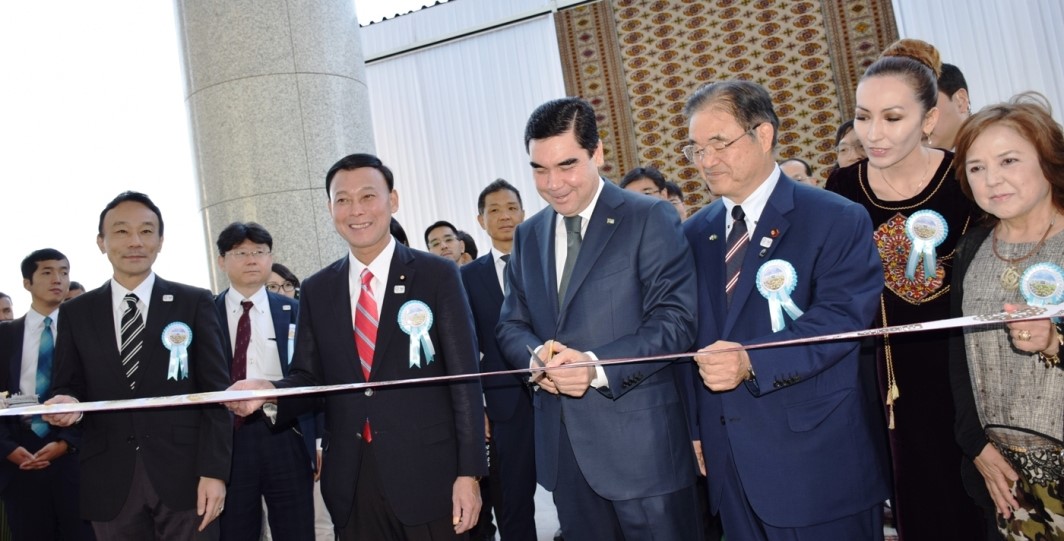 The sprawling, 12-hectare complex has eight buildings. There are 185 classrooms. The university has the capacity to take 3000 students. The hostels can accommodate 1200 students including foreigners.

There are five faculties, fifteen departments. The disciplines taught at the university will cover the study of materials and technology of new materials, nano-materials, chemical technology, biotechnology, information systems and technology, automation and control, mechatronics and robotics, and innovation

The university, established in close cooperation with the educational establishments of Japan, mainly the University of Tsukuba (http://www.tsukuba.ac.jp/en/) will offer undergraduate and graduate studies and doctoral programmes.

At the opening ceremony President Berdymuhamedov was flanked by Toshiaki Endo, the chairman of the parliamentary league of the Japanese-Turkmen friendship and member of the house of representatives of the parliament, Motome Takisava, the deputy minister of foreign affairs of Japan, and Takahiko Katsumata, the ambassador of Japan in Turkmenistan. Some professors of the University of Tsukuba were also present at the occasion. 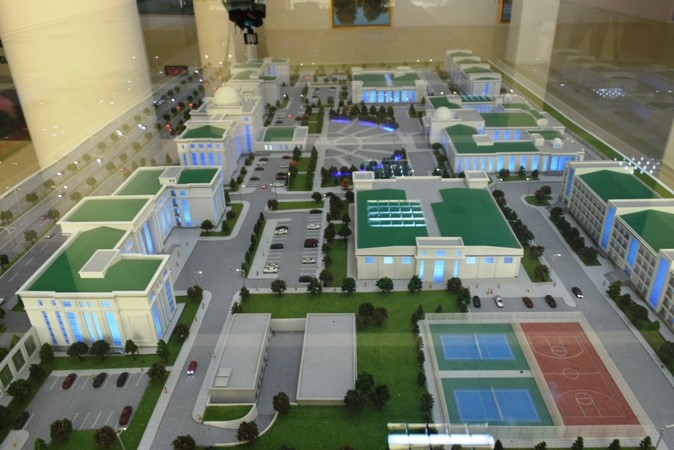 The English and Japanese languages will be used as the medium of instruction. The students will spend the first year in studying these languages. This will follow four years of rigorous studies in their chosen discipline.

On maintaining good grades some students could be eligible to spend the final year of their studies in Japan and acquire the diploma from a Japanese university.

The admission to the Oguzkhan University (Turkmenistan University of Engineering and Technology named after Oguzkhan) is through an entrance test where the aspiring candidates are tested in their proficiency in physics, mathematics, and languages.

The university has absorbed some students and staff from the now-defunct Turkmen-Turkish University and that is why it has some second-year students even though it has only just been inaugurated. Currently there are 800 students including the 500 who have joined at the start of this academic year.

The all-marble exterior and pristine interior of the Oguzkhan University are pleasing to the eye but the real joy was in talking to the students. 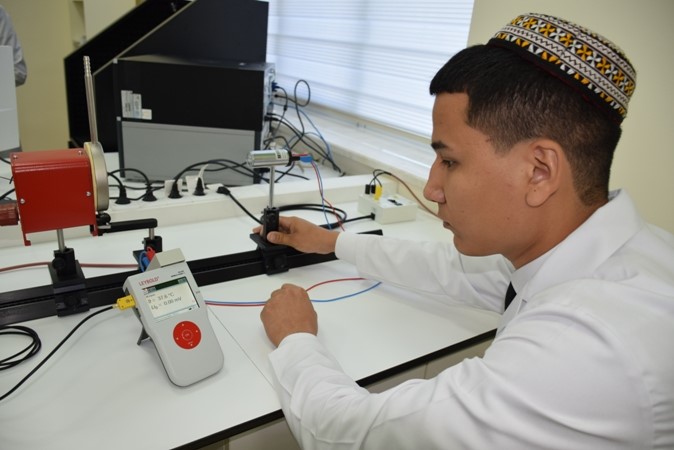 When he started talking of Planck’s law and radiation emissions, the things flew above our non-scientific heads and we nodded energetically to fake understanding. 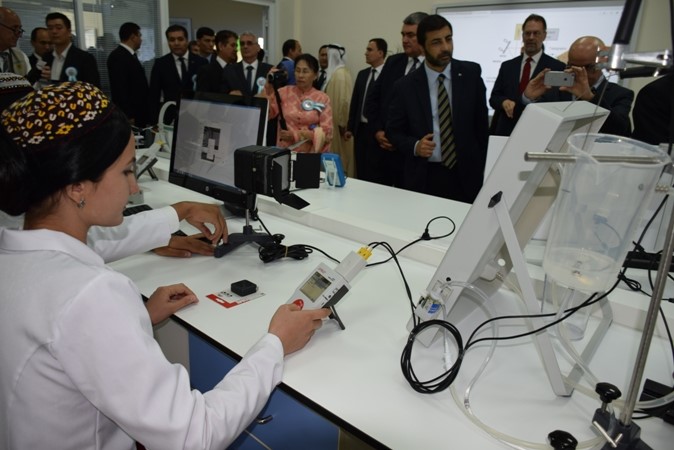 A sharp young man, Maksat comprehended immediately our predicament and smoothly switched to the layman’s language. He said that anything our eyes can see is not a perfect blackbody because if it could absorb all the light, it will not be visible to us.

He said that for all we know, there could be perfect blackbodies in our world but since we cannot see them we cannot prove them.

Instead of Max Planck, Maksat quoted Hemingway to explain his point. It was simply impressive considering that he is just a second year student. 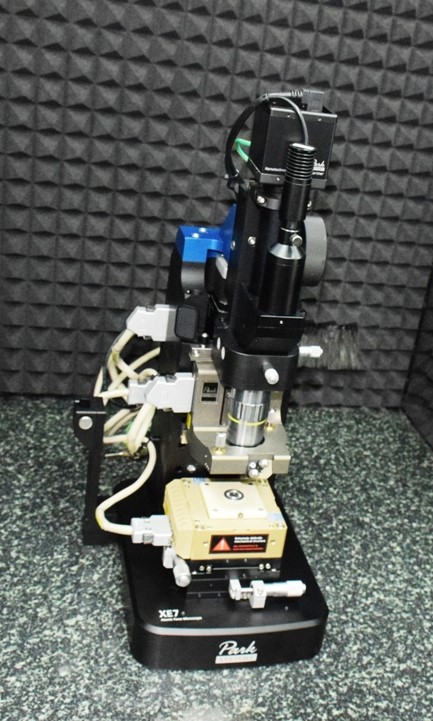 In the same physics lab, Bezergen showed us a solar panel and how the solar energy can be converted to any other form of energy to make our life more comfortable without damaging the environment. He enlightened us that the solar energy can not only sustain the energy generation-and-consumption cycle endlessly but will ultimately help us not only slow down but possibly reverse the global warming. 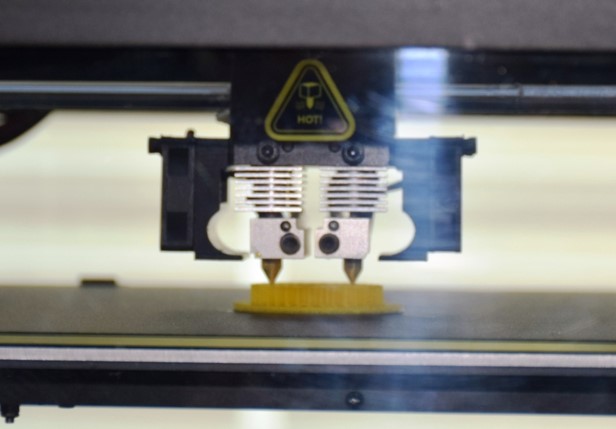 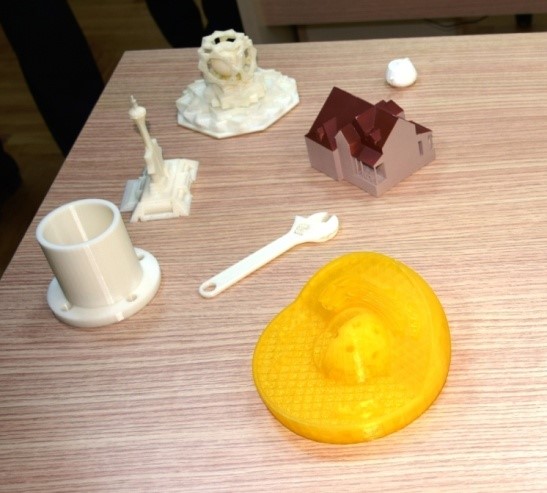 Aynur and Murat in the chemistry lab showed us that oil and water don’t mix. We knew this already but we never thought of any practical uses of this fact. They enlightened us on a wide range of inventions from the printing technology to detergents and deepwater diving suits that benefit from the understanding of this phenomenon.

In the 3D scanning and printing room, Begench showed us how anything can be printed from its picture. He worked on a simple picture of an adjustable spanner to resolve it into 3D images and then calculated the optimum filament density, the pigmentation and curing to print an adjustable spanner of the desired strength and colour. He said that anything, just anything, can be printed by a 3D printer. The key, he said, is the correct 3D scanning.

All the students we met in the labs were bubbling with enthusiasm, driven by curiosity and determined to be the best in their fields. In less than a decade they would be the best protection against the shockwaves of frequent financial and economic crises, generated by the unscrupulous western bankers and politicians.

The dream of Turkmenistan to become an industrialized nation is solidifying into reality right before our eyes.

It is not accidental that Japan is the partner in the first engineering and technology university of Turkmenistan. The strategy of Turkmenistan is to make the best use of their human potential, reduce the dependence on the hydrocarbon resources, and make sure that industrialization leads to evenly-spread prosperity and robust economy. Japan, as a world leader in science and technology, with one of the highest per capital income in the world and no natural resources is a perfect companion in this journey.

As Tusi, the grand vizier of Malik Shah, the great Seljuk emperor said, “We are spending precious resources on the education of our children. They will harness the stars.”