You are here: Home / Articles And Reports / Turkmenistan to realize shipbuilding project worth over US $ 150 million

Turkmenistan will realize shipbuilding project worth US $ 150.25 million. 90% of the project financing will be covered by loans from the IDB (60%) and the OPEC Fund (30%).

Under the project, the Balkan Shipbuilding and Repair Plant of the agency “Türkmendeńizderýaýollary” will build two Ro-Ro ferries for the transportation of railway wagons and one cargo ship.

According to the State Bank for Foreign Economic Activity of Turkmenistan, which will conclude loan agreements with mentioned financial institutions, the IDB approved the allocation of US $ 90.15 million.

The IDB will use two financing methods. US$90 million will be extended by the Installment Sale method and US$ 0.15 million will be funded through the Reverse Linkage Grant.

The OPEC Fund has pledged a loan of US$ 45 million.

The remaining US$ 15 million will be covered by Turkmenistan.

Taking into account the simplicity of loading and unloading operations as well as compliance with safety standards, it is planned to build ferries with an open deck that meet the International Maritime Organization (IMO) requirements for the transportation of certain types of dangerous goods on the vessel’s open deck, reported Director General of the Agency for Transport and Communications under the Cabinet of Ministers M.Chakyev during Friday cabinet meeting. He also presented some drawings. 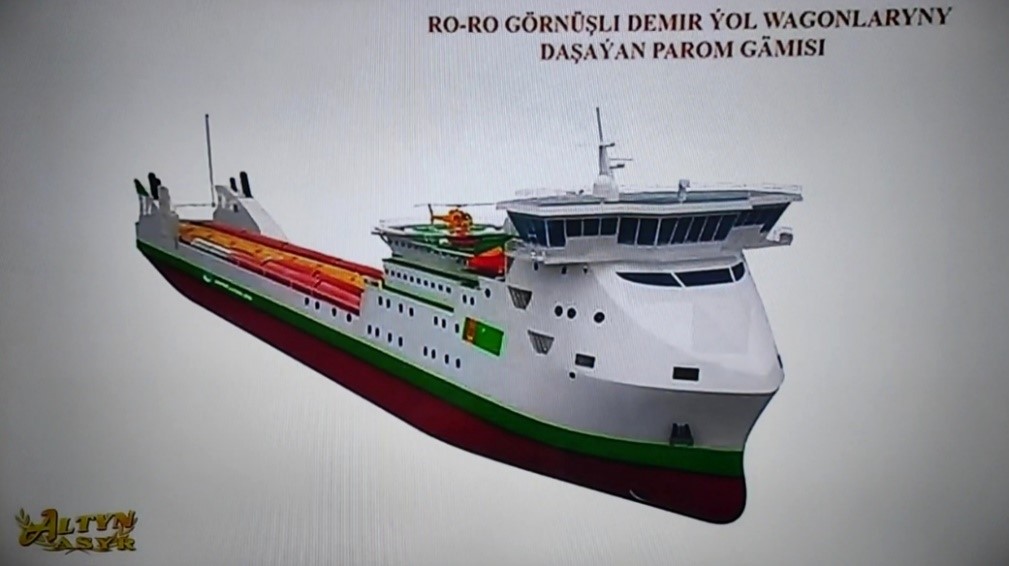 The Ro-Ro ship to be built at the Balkan shipyard 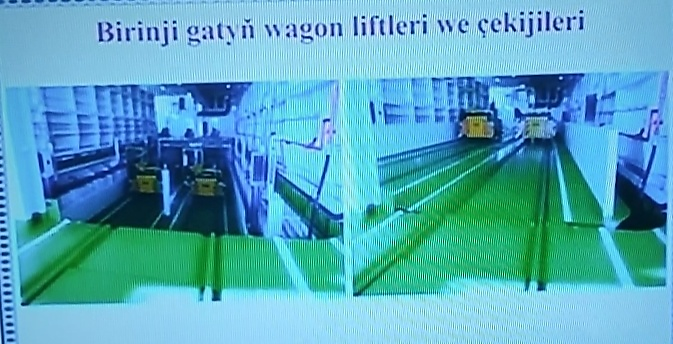 Wagon lifts on the first deck 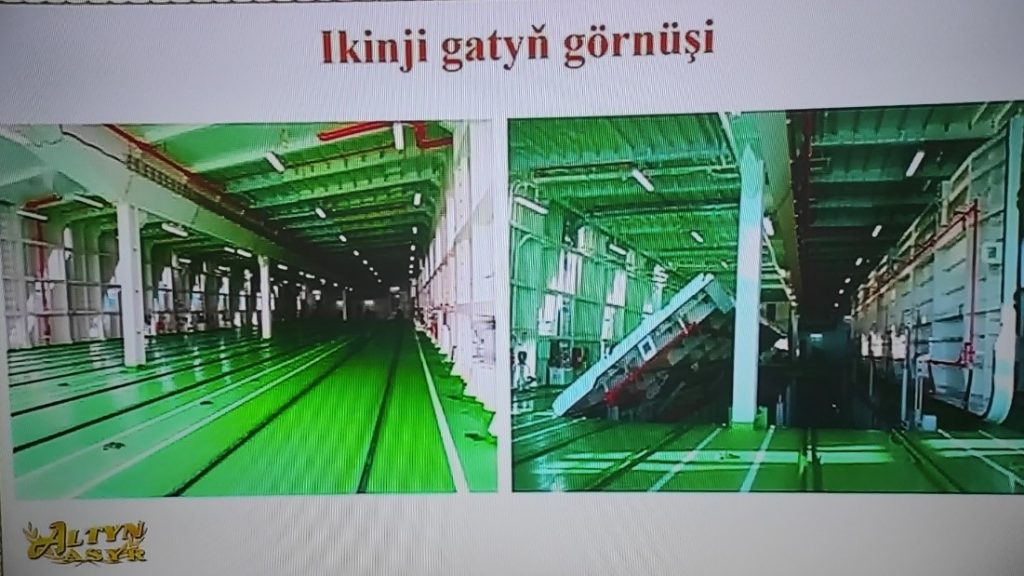 The freight wagons with food, building materials, agricultural and other products can be loaded on the lower decks, he said.

The Balkan shipyard in the city of Turkmenbashi on the Caspian sea coast was commissioned in May 2018. It is designed for the construction of 4-6 ships and the processing of 10 thousand tons of steel per year. This is Turkmenistan’s first major shipbuilding project to be carried out at its own shipyard. /// nCa, 24 January 2022 [ Photo source – Turkmen TV screenshots]