Ashgabat, 6 December 2014 (nCa) — With the commissioning of the first Ro-Pax class ferry of Turkmenistan Friday, the Caspian transportation picture brightened significantly, though it may take a while to register this fact.

Berkarar, the ferry built by the Uljanik shipyard of Croatia, was formally inducted into the Turkmen merchant marine fleet on 5 December 2014 at the Turkmenbashy port of Turkmenistan in the presence of President Berdymuhamedov and Prime Minister Zoran Milanović of Croatia.

It is just one ferry but the significance of its induction to the Turkmen fleet becomes obvious when we look at several related factors.

Turkmenistan awarded the contract in August 2012 for two ferries with the Uljanik shipyard. Berkarar is the first vessel from this contract. Bagtiyar, the second ferry under this contract and with same specifications, will be delivered in the first half of 2015.

Ro-Pax is a vessel that combines Ro-Ro capability and passenger service. Ro-Ro stands for Roll-on-Roll-off i.e. the truck loaded with container can roll directly on to the ferry and roll off at the destination port.

The Uljanik Shipyard has been a partner of the Caspian region since the Soviet times. Currently, 14 paroms (ferry vessels) of different descriptions built by this shipyard are operating in the Caspian.

Berkarar is capable of carrying 56 trucks loaded with 40-foot containers. With its Ro-Ro feature, it means that cranes would not be involved in the loading and unloading process – the trucks can roll on to the ferry and roll off at the destination port on their own power and move on without any delay.

The ferry capacity is equivalent to a 56-wagon train.

Berkarar is first of the two such vessels ordered by Turkmenistan. The second ferry, Bagtiyar, will be delivered in the first half of 2015.

Under the port and shipping development plan up to 2020, Turkmenistan is taking several steps to bolster the cargo handling and transportation capacity, with an eye on the regional cooperation.

These two ferries are just the start.

Turkmenistan announced tenders in August 2012 for the following:

When completed, the Turkmenbashy port complex would be the most modern and best equipped in the entire Caspian region.

In the past five years Turkmenistan has inducted seven tankers to its fleet – Sumbar, Hazar, Jeyhun, Bitarap, Etrek, Alaja and Kenar. Of these, Jeyhun has been recognized by the Royal Institute of British Shipbuilders as one of the best ships in 2010.

Charlak is a purely passenger vessel in the Turkmen fleet. With capacity for 320 passengers, it plies between the Turkmenbashy port, Gyzylsuw and Hazar, along the Caspian coast of Turkmenistan. In between, it also serves as harbour cruise ship for the tourists.

The Ro-Ro and Ro-Pax type ferries, such as Berkarar, will play an important role in building the integrated sea-land transportation capacity of Turkmenistan.

Considering that Turkmenistan is planning to feature three dedicated piers for serving the Ro-Ro and Ro-Pax type vessels, it can be said with certainty that in the foreseeable future Turkmenistan will acquire several more ferries of this kind.

Assuming that the average capacity of other ferries would also be around 56 trucks, Turkmenistan is gearing to handle simultaneously the equivalent of three trainloads of cargo (6720 tons).

One of the positive features of Ro-Ro system is that it takes just a few hours to entirely load and unload the vessel because the trucks move on their own power. It is possible to handle several ferries in a day from each pier.

Supposing that each pier will handle just one vessel daily, the total annual capacity comes to a hefty 2.45 million tons.

However, this would also depend on whether all the other Caspian ports have similar capacity for handling the Ro-Ro type vessels.

During the visit of President Recep Tayyip Erdogan to Turkmenistan on 6-7 November 2014, the countries issued a joint communiqué. One clause of the communiqué is:

“In the economic sphere, the Parties agreed to gradually increase the volume of bilateral trade, promote economic and trade relations through diversification, deepen the long-term economic and investment cooperation, and support aimed at these objectives of the initiative. In this regard, the parties approved the renewal of the Agreement on Mutual Promotion and Protection of Investments, signed between the two countries in 1992, and the implementation of the project related to the opening of the Caspian Sea posts Ro-Ro.”

This shows a region-wide consensus that Ro-Ro is an attractive form of multimodal transportation system, suitable for speedy movement of cargo on land and water.

Berkarar, and other ferries that would follow it, had already attracted interest from the Caspian littoral states a couple of years ago.

Alexander Zhilkin, the governor of the Astrakhan region of Russia, said during his visit to Turkmenistan in October 2012 that Olya port of Astrakhan would be keen to establish the ferry service with the Turkmenbashy port of Turkmenistan. He was talking specifically of Berkarar, and its twin Bagtiyar, which would join the Turkmen fleet in 2015.

The other Caspian ports that may be covered by Berkarar and other such ferries include Baku (Azerbaijan), and Anzali and Amirabad (Iran). 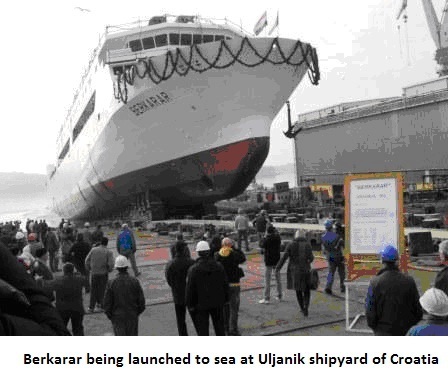 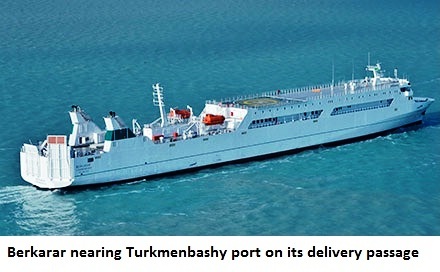 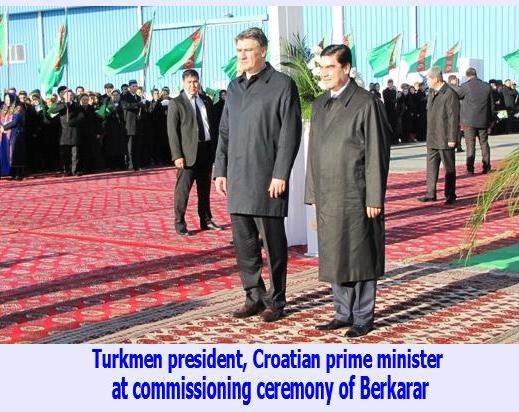 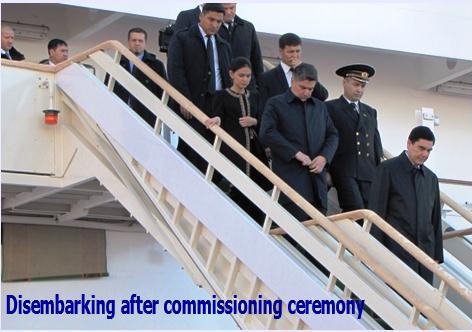 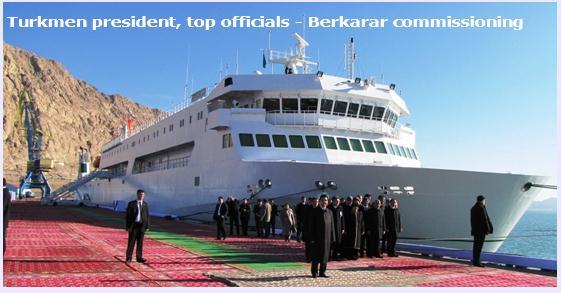 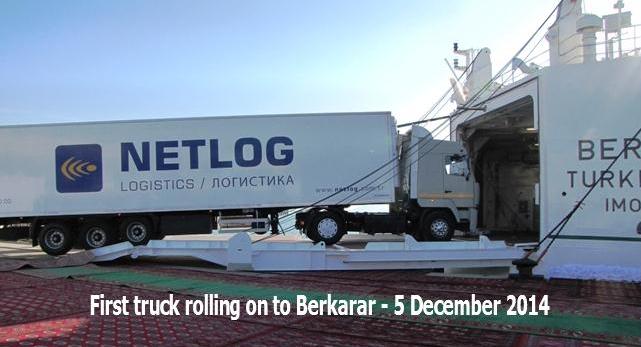