You are here: Home / Articles And Reports / China: New page on the way of construction – a strong country and a powerful army

August 1, 2021 marks 94 years since the founding of the People’s Liberation Army of China, which has traveled a difficult and glorious path over all these years, overcame incredible difficulties and achieved brilliant success in the struggle for the happiness of the Chinese people and the revival of the Chinese nation.

On August 1, 1927, under the leadership of the Chinese Communist Party, an uprising was carried out by the revolutionary armed forces. It was from that time that the People’s Liberation Army of China was formed. Over the course of 94 years, the PLA was transformed from a small and weak force into a large and powerful force, having gone through such great historical stages as the war of the agrarian revolution, the war of resistance to the fascist-Japanese invaders, the war of liberation. At the time of the creation of the PLA, there were only grain and a rifle from material support, but every day it grew stronger and became a modern normalizing revolutionary army with many types of armed forces and branches of the armed forces. We have not only powerful ground forces, naval forces, air forces, but also built missile forces and strategic support forces. This is all thanks to the wise leadership of the CCP. 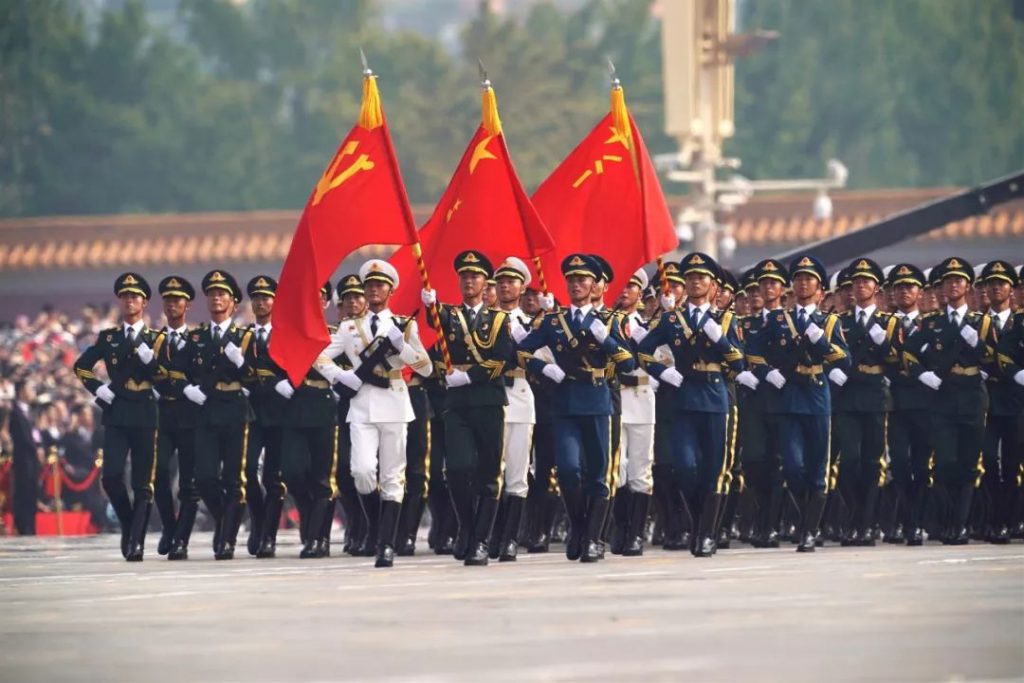 The PLA never forgets its mission and conscientiously fulfills the task of protecting the security of the Motherland and the peaceful life of the people, as well as the sacred mission of ensuring peace on the planet.

Since the 18th convocation, the CPC Central Committee, of which Comrade Xi Jinping is the nucleus, has led the Party, the Army and all the peoples of China to comprehensively promote innovation in the theory and practice of the Party’s development, ushering in a new era of government. The appearance of the country, the Party and the Army has historically changed. Currently, in the process of creating and forming a powerful army, the entire personnel of the PLA will firmly remember the urgent order, carefully follow the course of thinking of the General Secretary of the CPC Central Committee Xi Jinping, and strive to achieve the goal of creating a powerful Army in a new era.

China is a peace-loving country, and the PLA of China is a peace-loving army, which always serves with all its might to protect peace and stability in the world. For more than 5,000 years, the Chinese nation has always strived for peace, friendship and harmony and passed these ideas from generation to generation. In the blood of the Chinese nation, there are no genes for invaders and hegemons. To move steadily along the path of peaceful development is China’s unchanging national will and strategic choice.

China pursues an independent and self-reliant foreign policy and a defensive military policy. We will never claim hegemony and expansion; we will forever remain a reliable defender of world peace. At the same time, our determination to defend our sovereignty and our own interests is quite firm. China intends, together with all countries, to peacefully resolve contradictions and disagreements, strengthen cooperation in the field of defense, and create conditions for international security, which is based on the principles of mutual benefit and mutual benefit. 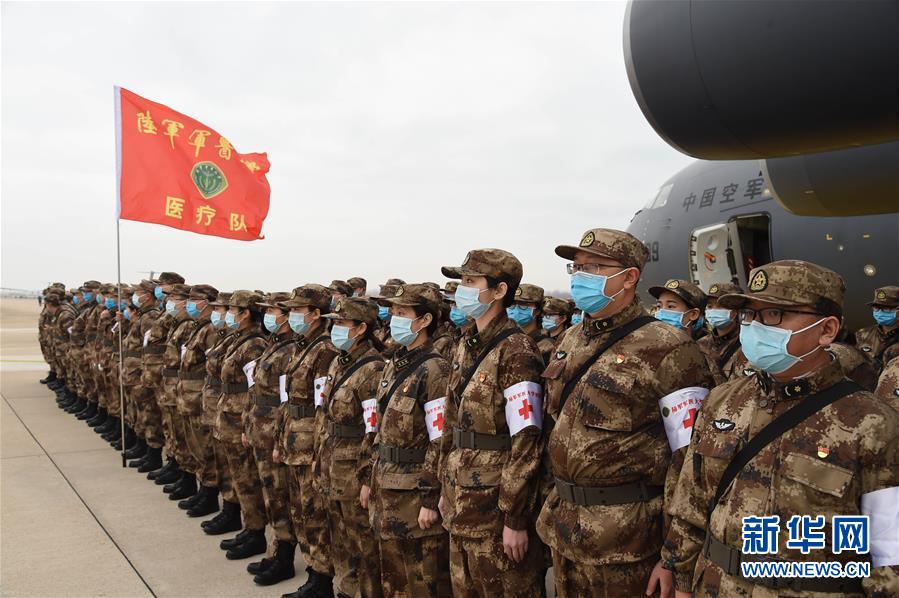 2020-2021 are not easy years for all of humanity. The coronavirus epidemic that broke out in early 2020 continues to spread throughout the world. The CCP, rallying and leading the Chinese people, quickly took the pandemic under effective control. At the same time, the Chinese side is actively developing international cooperation in the fight against the epidemic and in the field of vaccines, making a significant contribution to the world’s anti-epidemiological activities. The PLA plays an irreplaceable role in this process. Our army strictly adheres to the idea of ​​sincere service to the people and promptly participates in actions to prevent and combat the epidemic, and also provided all possible assistance to the army and law enforcement agencies of other countries, which became a vivid example of the joint construction of a community of the common destiny of mankind and the formation of a community of human health. 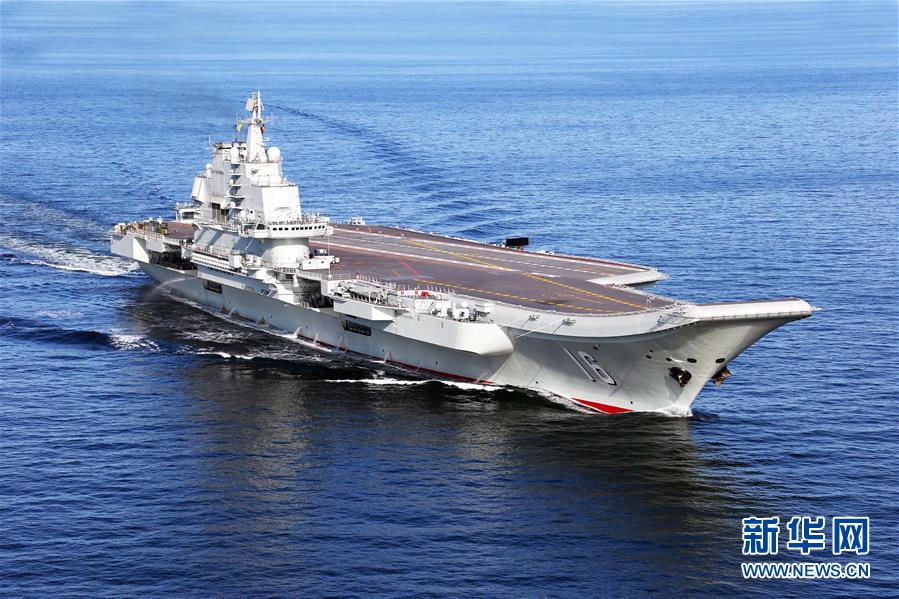 As strategic partners, bilateral relations and cooperation in various fields between China and Turkmenistan maintain a stable and healthy development trend. The Armed Forces of our countries also maintain close ties and develop fruitful cooperation in ensuring the security and stability of the country. 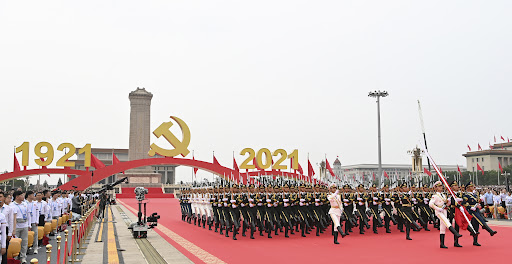 On May 6 of this year, President of the People’s Republic of China Xi Jinping and President of Turkmenistan Gurbanguly Berdimuhamedov held a telephone conversation, which determined the directions and gave a powerful impetus to the further development of bilateral relations. I am convinced that in the future, with the joint attention of the leaders of the two countries and under the strategic leadership of the heads of both armies, friendship and practical cooperation between the Armed Forces of China and Turkmenistan will achieve even greater and greater progress.

China is ready to make joint efforts with all peace-loving countries, including Turkmenistan, to make even more contributions to the common cause of maintaining peace and stability in the region and on the planet, and hand in hand to build a more wonderful future for humanity. /// nCa, 28 July 2021