On 27 June 2021, on the first day of the official visit to Turkmenistan, Kyrgyz President Sadyr Zhaparov has visited the exhibition of export goods of Turkmenistan and took part in the opening ceremony of the Kyrgyz-Turkmen economic forum, the press service of the President of Kyrgyzstan reports.

The Chamber of Commerce and Industry hosted the events.

Then President Zhaparov made a welcoming speech at the opening ceremony of the Kyrgyz-Turkmen economic forum.

He stressed Kyrgyzstan’s commitment to maintaining continuity in the development of strategic partnership with Turkmenistan, noting the good-neighborly nature of the bilateral relations.

At the same time, he noted the need to re-energize the cooperation, focusing on the expansion of trade and economic collaboration.

Kyrgyzstan pays close attention to the issues of increasing investor confidence and creating a favorable investment climate in the country, President Zhaparov stressed.

He said that a number of draft laws aimed at simplifying the procedures for preparing, reviewing and implementing investment projects in the country are currently being worked out.

He listed the investment advantages of Kyrgyzstan, including the availability of the GSP+ status, which granting duty-free import of over 6 thousand items of goods to the EU countries and USA; membership in the Eurasian Economic Union, which opens up great opportunities for exporting products to the multi-million market of the EAEU member states on privileged terms; availability of affordable skilled labor, energy resources, liberal investment legislation and taxation system.

He mentioned the developed textile industry of Turkmenistan. He called on Turkmen industrialists to open enterprises in Kyrgyzstan and to exchange experience with local businessmen, since the light industry is a priority branch in the country.

Kyrgyzstan, as a country with water resources, has a huge potential in the field of renewable energy sources, which also opens up great prospects for mutually beneficial cooperation, told Zhaparov.

In addition, Zhaparov focused on the further development of the tourism potential of the two countries, as well as cooperation in the processing industry, agriculture and infrastructure.

The Head of the Kyrgyz Republic pointed out the importance of benefiting from the existing transport and transit potential of the countries, emphasizing the prospects of creating a joint logistics company that would promote the export of Kyrgyz and Turkmen goods to world markets.

He concluded his remarks by the calling on the Turkmen business circles to consider Kyrgyzstan as a reliable business partner, and invited them to cooperation and joint implementation of major investment projects.

The list of the main speakers during the economic forum included:

— from the Turkmen side:

— from the Kyrgyz side:

On the sidelines the forum, meetings were also held between representatives of Kyrgyzstan and Turkmenistan, bilateral agreements and business contracts for the supply of various products were signed online.

Here are some photos from the events:

Photo credit – the official website of the President of Kyrgyzstan 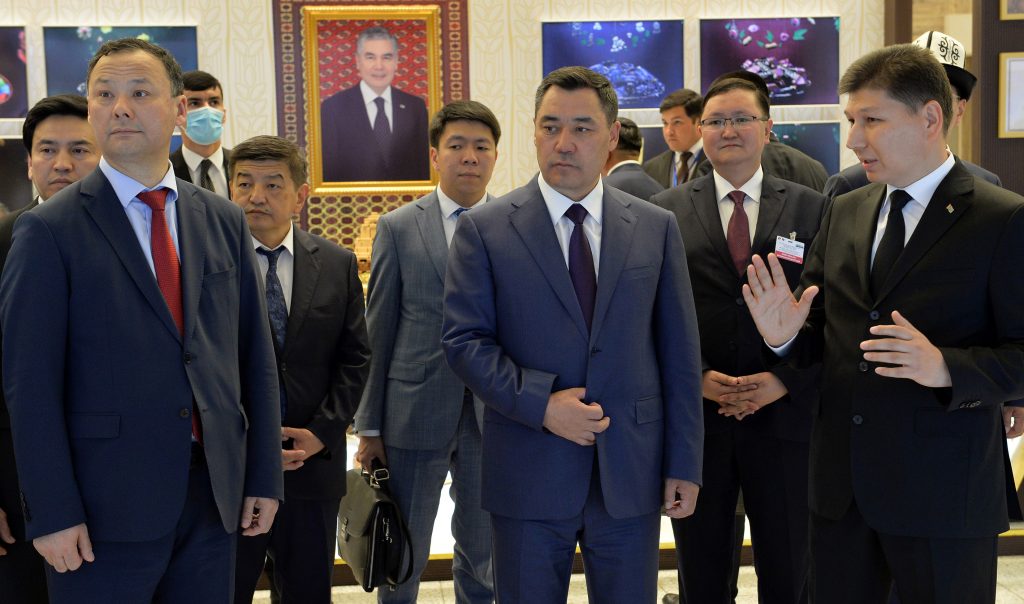 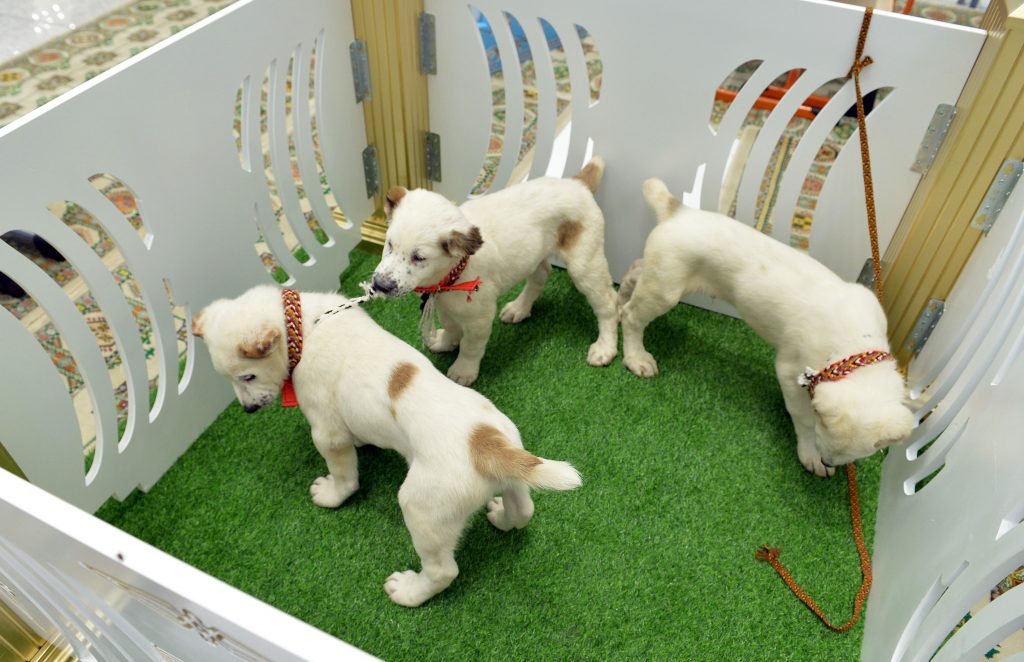 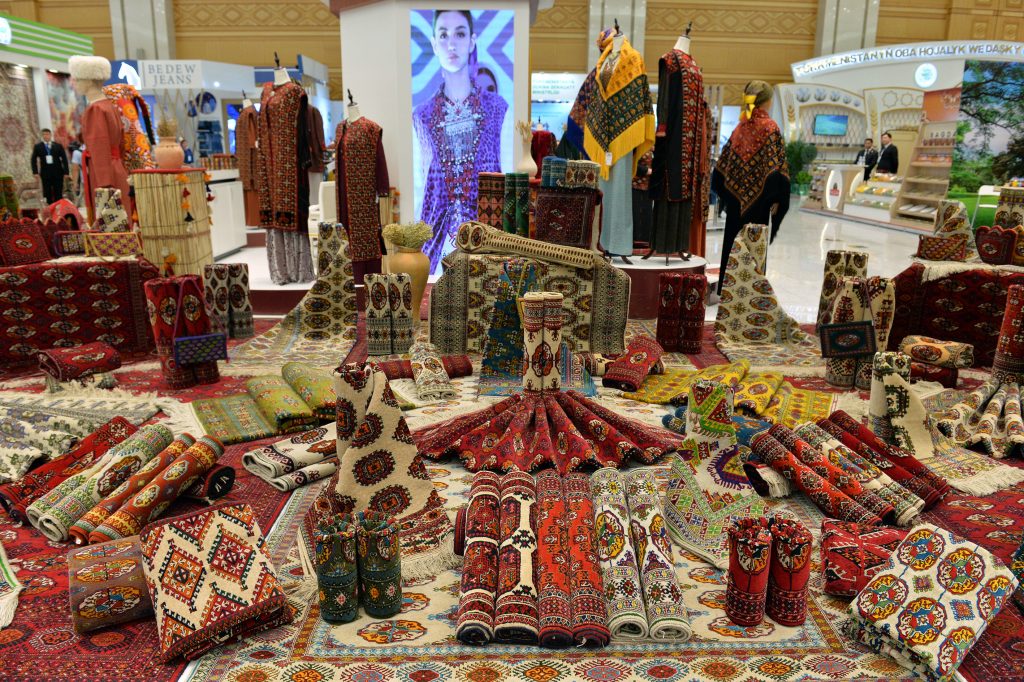 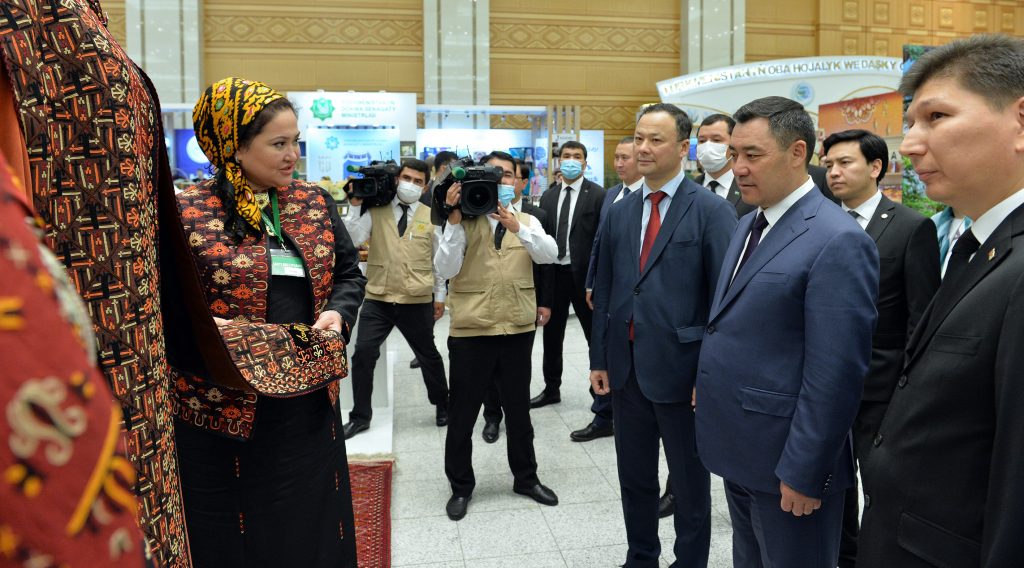 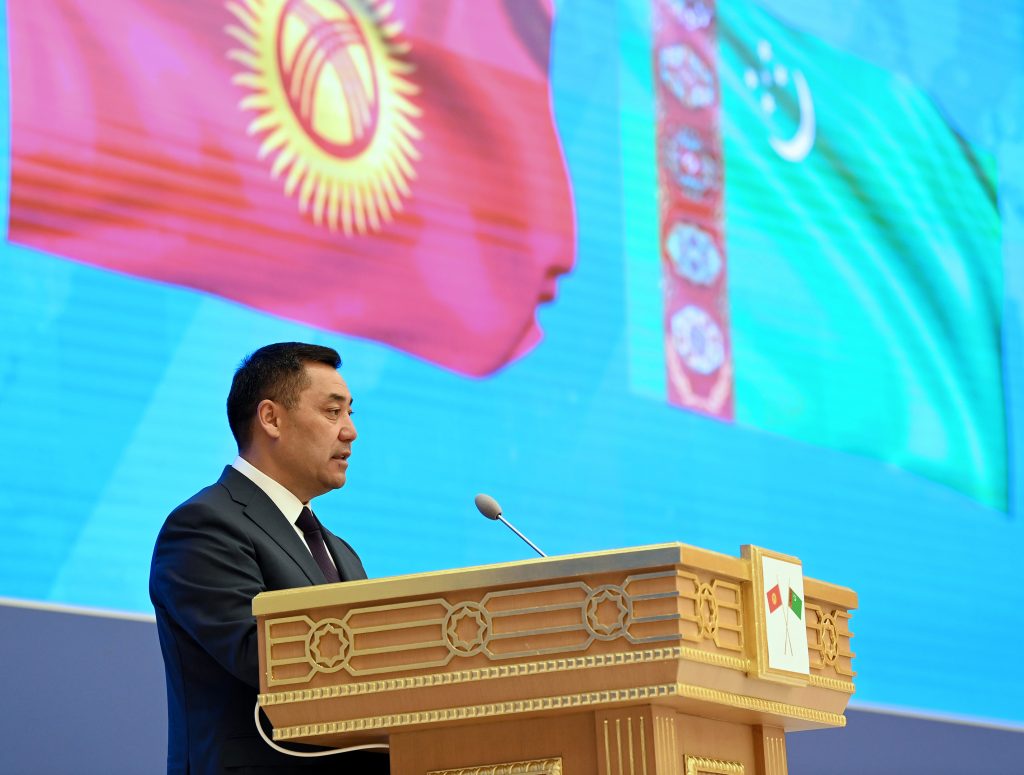 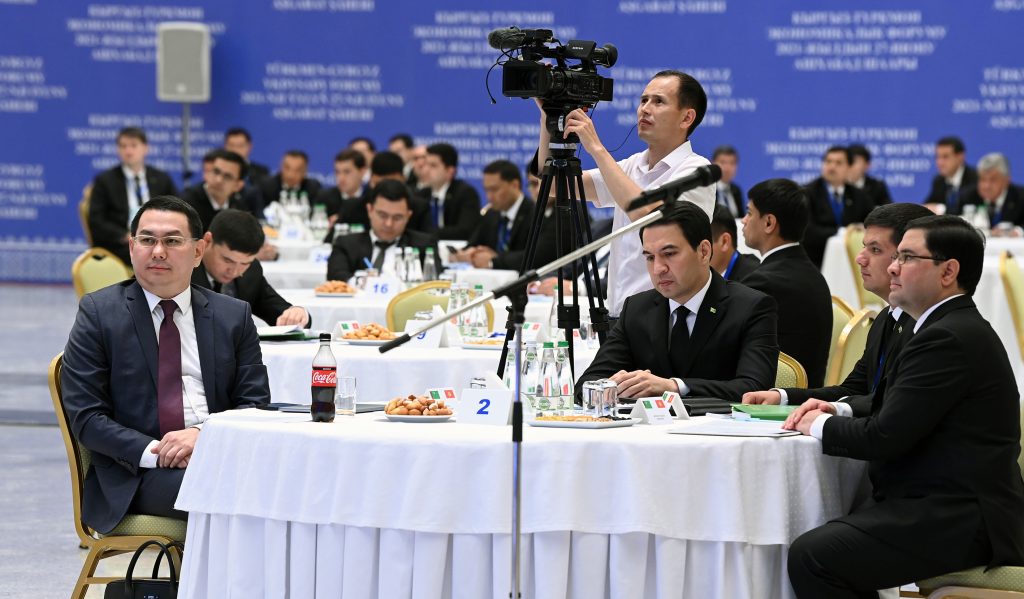 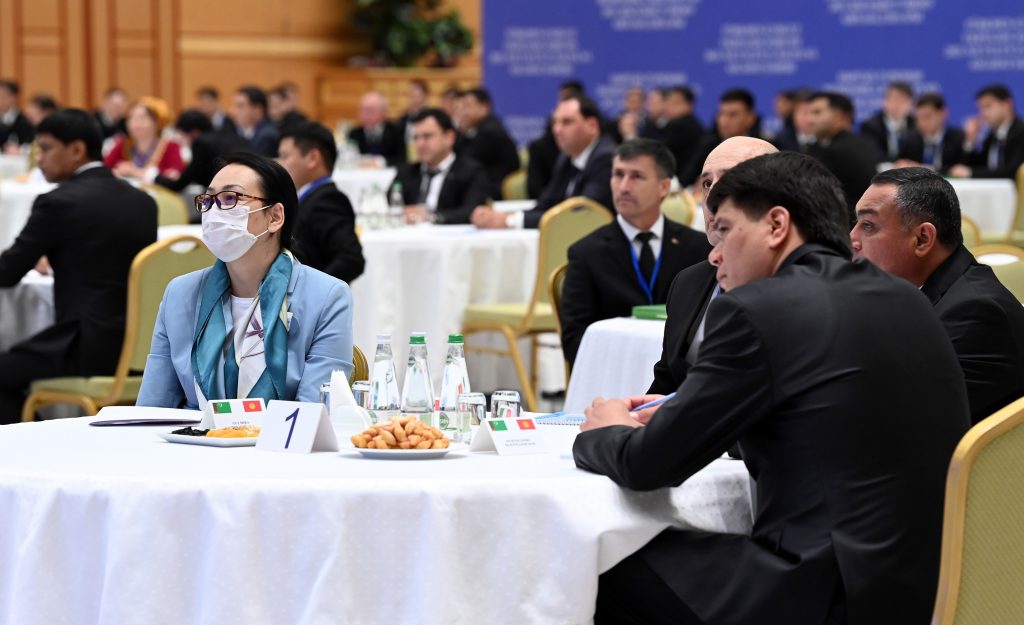 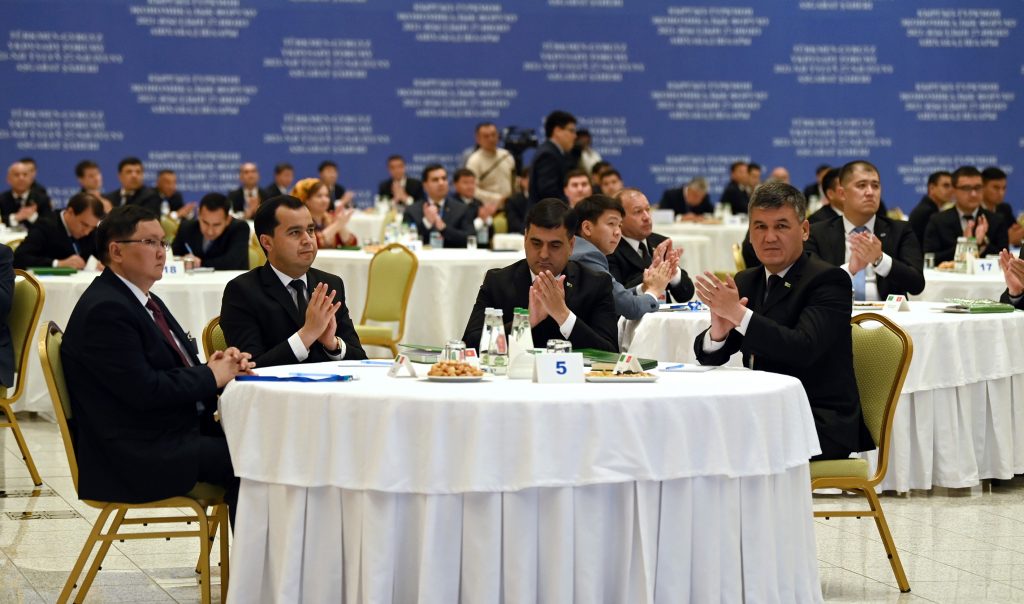 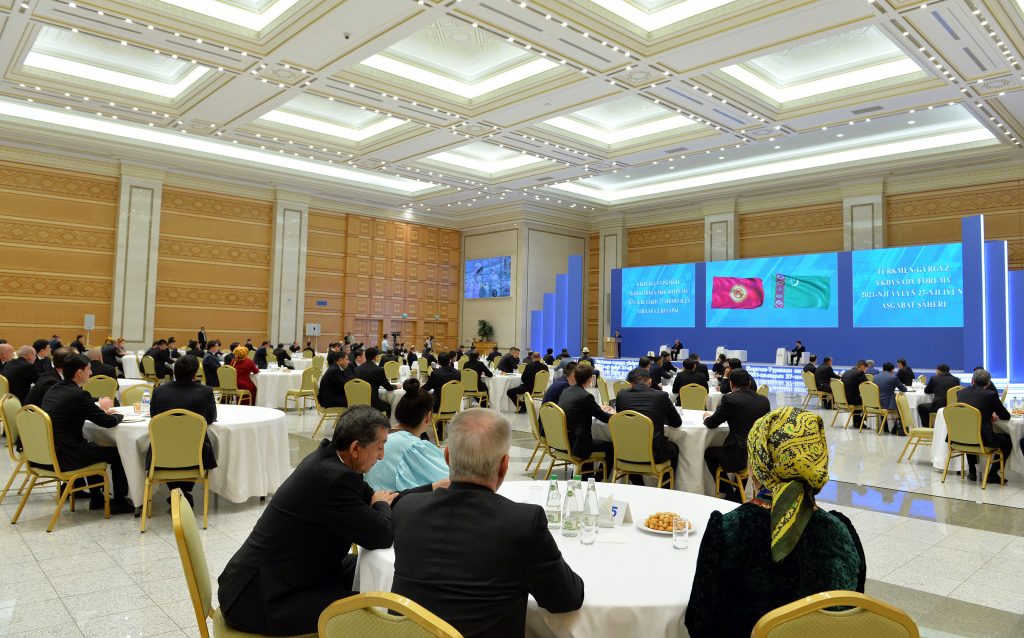