President Berdimuhamedov visited a privately owned wheat farm and an agro-industrial complex in the Bereket district of Balkan province on Wednesday (17 June 2020).

As in the earlier such visits to Lebap, Mary, and Dashoguz provinces, the purpose was to encourage private farmers and highlight their contribution toward attainment and maintenance of Basic Self Reliance in the country. 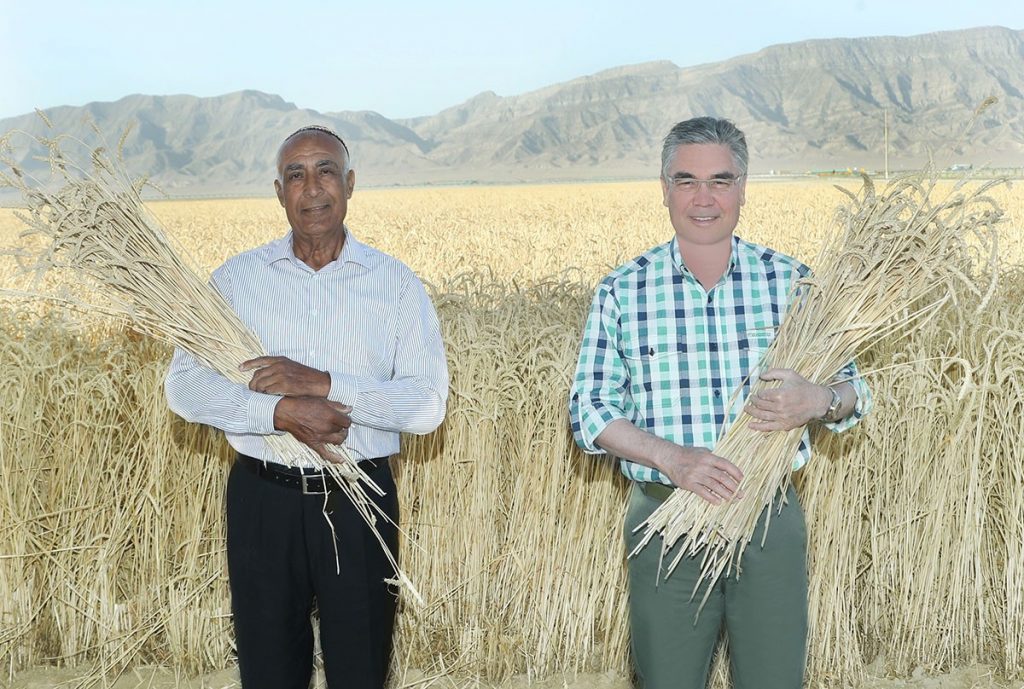 The president visited the grain farm of Tagandurdy Bayramguliy, who has sown Bereket variety of wheat on 17 hectares of leased land. He expects a yield of 40-45 centners per hectare.

The president drove a John Deere combine harvester across the field to give start to the gathering the crop.

At the other end of the field, the president looked at some farm machinery, mainly from CLAAS and John Deere, who are traditional partners of Turkmenistan. He took interest in the features of a CLAAS tractor.

Berdimuhamedov spoke to the Turkmen media and asked them to bring to light the great work being done by the farmers, particularly in the private sector.

He looked at the bread and bakery products on display and had a conversation with the women who were preparing local dishes for the guests.

The next stop was Nurly Meýdan agro-industrial complex covering 393 hectares of leased land. It is owned by Tachmyrat Tuvakov, who acquired the land in 2013. 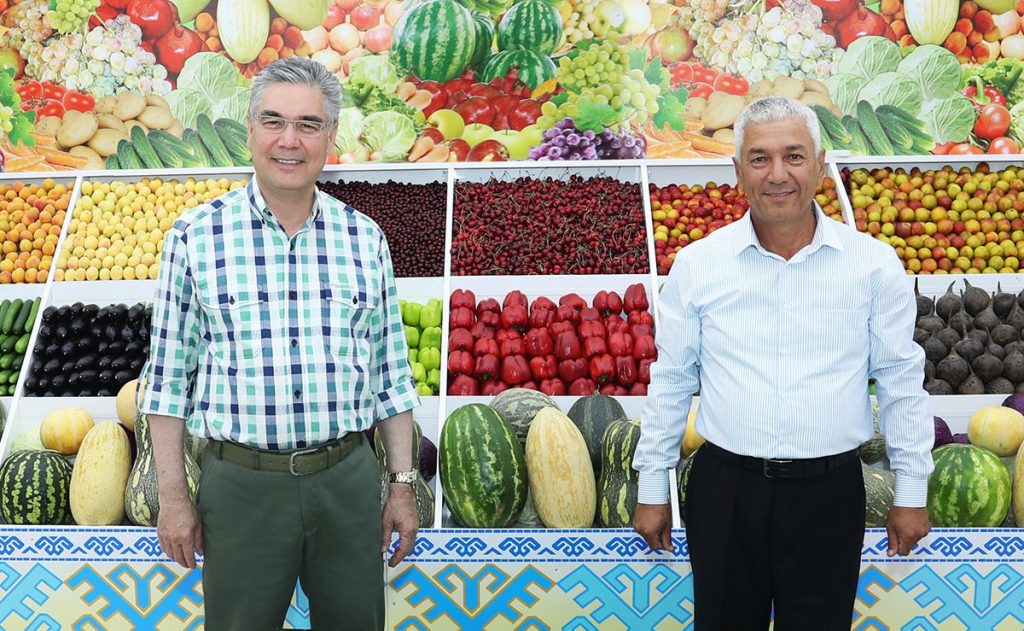 This farm complex is an excellent example of efficient use of land.

The activities and facilities include:

As we saw in the visits of President Berdimuhamedov to Lebap, Mary, and Dashoguz provinces, every time there was the focus on a slightly different area of Basic Self Reliance.

This was also the case in the tour of Balkan province.

The Nurly Meýdan farming complex, owned by Tuvakov, is a microcosm. From less than 400 hectares of land, it is providing the market with eggs, chicken meat and chicken meat products, mutton and beef and their downstream products, chicken feed, and different kinds of flowers.

In doing so, it depends very little on outside supplies. Most of what is required for running the farm complex is grown or produced on its own lands.

This is the idea of Basic Self Reliance – the ability to thrive within own environment, with as little external supplies or support as possible. /// nCa, 18 June 2020