You are here: Home / Articles And Reports / Pro-EU speech of French ambassador – Resolve against terrorism, Unity to make our plane great again

Ashgabat, 16 July 2017 (nCa) — Ambassador Francois Delahousse of France made a short but powerful speech at the reception Friday to mark the French National Day.

Speaking of the act of terrorism in Nice last year that led to 86 deaths and left many injured, Delahousse said, “But to kill the French people is not enough to kill France. And, what does not kill France makes her stronger. France is today stronger than ever.”

He said that France, together with allies, fought the so-called Islamic State at every front and will win this war against obscurantism.

Defining the election of Emmaneul Macron as the president of France a ‘greater victory’, the ambassador said that it makes the “EU stronger in each of its components, whether political, military, financial, economic or social.”

Alluding to the fact that by electing Macron, the French people have voted for inclusion rather isolation, Delahousse said, “This was the most beautiful possible answer to terrorist barbarity.

“This pro-reform, pro-European France, open to other nations and other cultures, is a France which is more than ever aspiring to liberty, equality and fraternity.”

An important passage of the speech of Delahousse must be quoted in full:

“If is a France who, proud of having hosted at the endof 2015 the negotiation on the Paris Climate Agreement, has committed herself on July 6th last on a national ‘Climate Plan’ through which she foresees to accelerate the concrete implementation of the Paris Agreement and to surpass her initial national goals. When she aims at complete carbon neutrality in 2050 or plans to forbid sales of diesel or petrol motor vehicles by 2040, France has a clear goal – President Macron has summed it up in just a few words on June 1st last: Make our planet great again.”

President Trump of the United States is triggering confusion, chaos and disruption at every step he takes. There is the urgent need to trump The Donald.

France has stepped forward in several important areas including the joint fight against extremism, the sanctity of the climate change initiatives and the unity of Europe which is so vital for the stability in the world.

Even though France and China may not be on the same page for all that is going on in the world, they are clearly speaking the same language as far as the Climate Change and environmental challenges are concerned.

The vacuum, hopefully temporary, left by the current American policies must be filled jointly and immediately. Germany and the Great Britain are not very far from the position of France in the climate change and environmental concern. Canada is also there.

If they can somehow compartmentalize their differences with China, it will be quite adequate for now to prevent the undoing of what has been done so far in these crucial areas. The ecology and environment do not recognize geographical boundaries, race or religion.

Central Asia as a region has excellent relations with both Europe and China. It is also a place to where the conditions are available for joint work on alternative energies and environmentally clean technologies. The nature and the people of this region are ideal partners for making this planet great again.

Some pictures from the French reception: 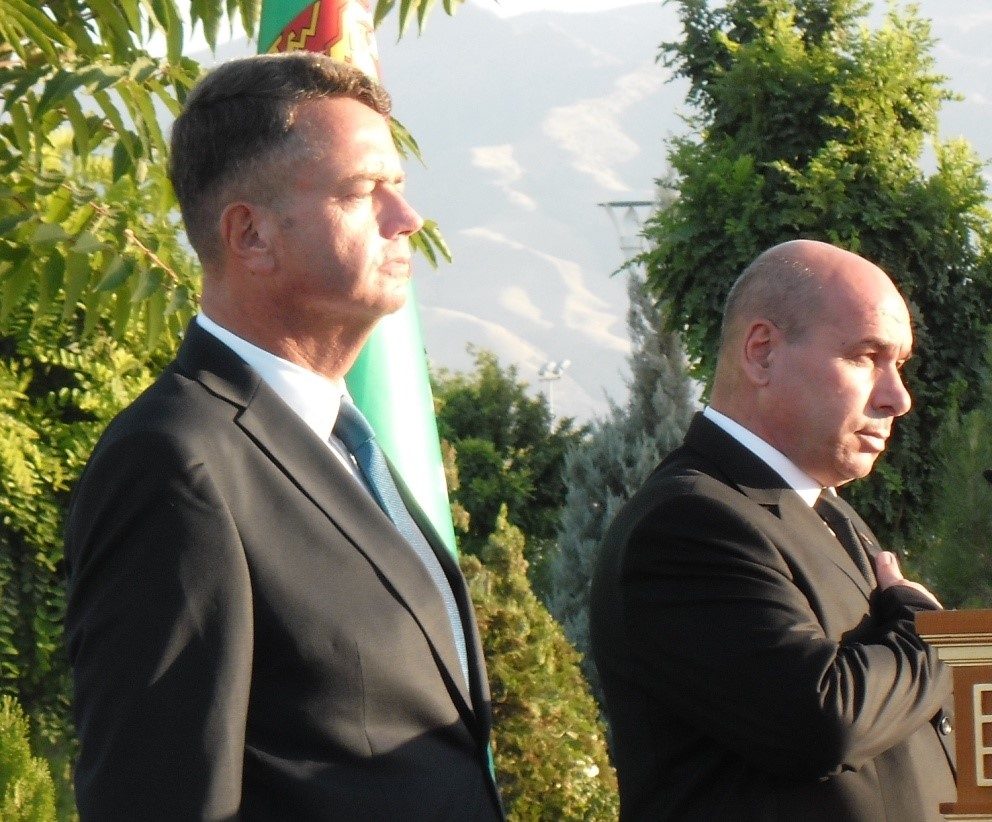 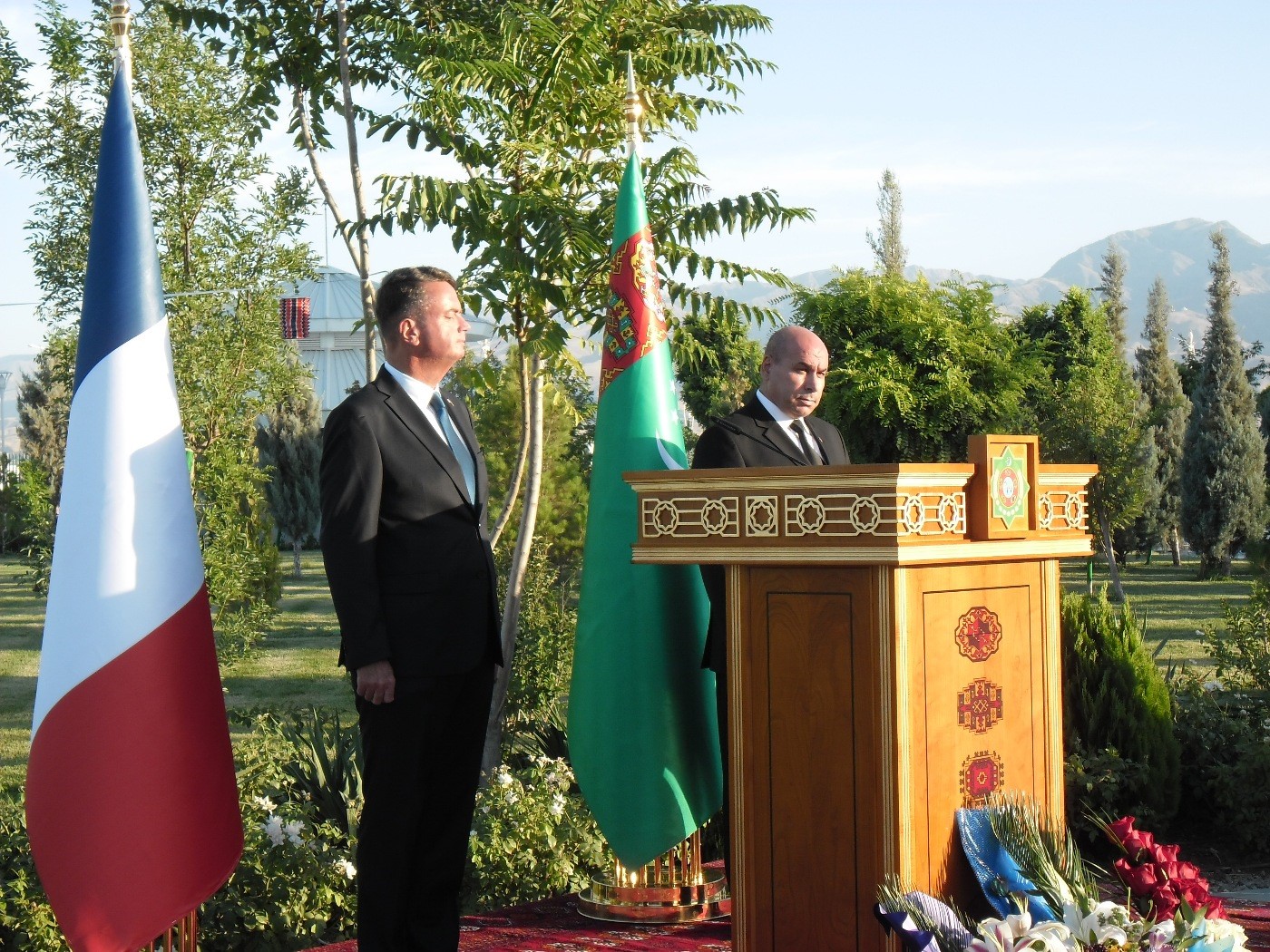 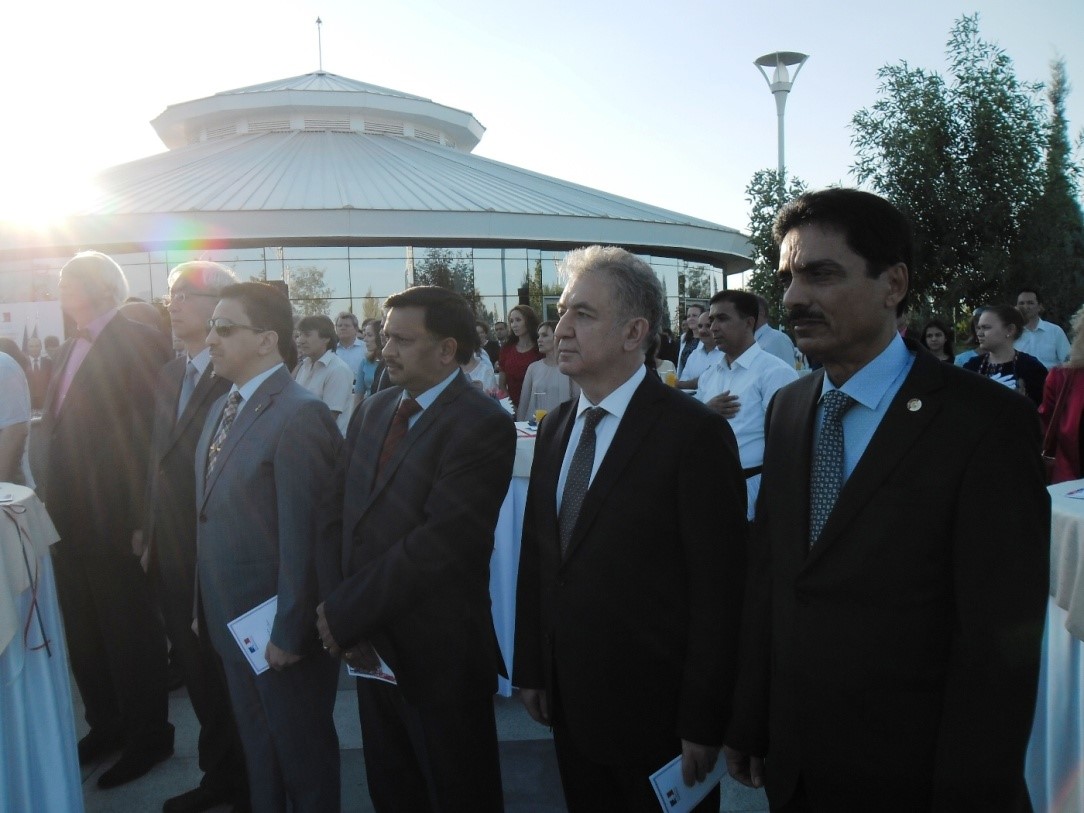