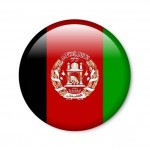 Press Release by Dr. Zakhilwal related to Attorney General’s Office Ruling on his case Kabul, December 25th, 2012 On August 1st, 2012 a national TV broadcast statements of my bank accounts suggesting that the transactions shown on these documents were suspicious. I immediately responded by officially requesting the Attorney General of the Islamic Republic of […]